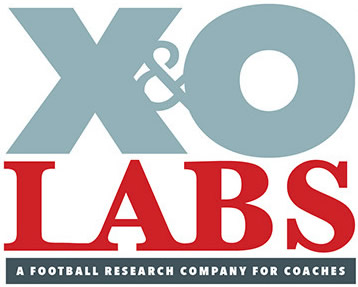 An Exclusive Interview With Ed Zaunbrecher

Coach Zaunbrecher coached 34 years at the FBS level, including a three-year stint at Marshall as the Offensive Coordinator where he tutored QB Chad Pennington and Byron Leftwich and spent a five-year duration at the University of Florida in the same role while developing Rex Grossman.  He currently runs the Ed Zaunbrecher QB School (http://www.ezqbcoach.com) developing young QB’s into leaders.

Mike Kuchar (MK):  What are 3 to 5 must have qualities for a successful QB at any level?

Ed Zaunbrecher (EZ): You need intelligence to make good decisions, pinpoint accuracy and quick twitch in that order.  You could play in a lot of different offenses if you’re intelligent.  If you’re accurate you improve your chances of completions against tight coverage.  You need quick twitch to be able to react fast enough to situations, both mentally and physically.

MK:  In your research, what is the ideal grip for a young QB on the football?  Why? At what point in his development would you change your QB’s grip?

EZ: As long as the middle finger is perpendicular to the laces and the size of the hand relative to the football will determine how far up on the ball they can grab it.  The fingers don’t want to be to the center of the ball, but if a player has giant hands they may be close to it (center of ball).  You want to have something to push against where the curve of the ball is.  The key thing is to make sure when you hold the ball, it’s still in the fingers and not in the palm of the hand. The other thing is not to grip it too tightly.  Anytime you compress the muscles to hold something tightly, you’re not fluid in your motions.

As far as changing throw patterns go, if they can repeat their motion and they are accurate with it, I don’t want to mess with them.  If they are not repeating it, then they have to work on setting the ball consistently.  If it’s a fifth grader who doesn’t know too much you’ll work on a few more things.  If you got a guy who is a senior and is already a good thrower, I’m working mostly with the feet and the head.  Some guys get in and set the ball differently every time they throw it so we need to work on that.  There’s a great drill to work on that.  Everyone has a mirror in the bathroom.  The kid puts a piece of tape down on the floor where he lines up and he practices stepping with the front foot and setting the ball.  He sets it in the right position and he gets another piece of tape up on the mirror at the bottom of the ball where it’s set correctly.  He will stand there in front of the mirror and step and set repeatedly.  I tell them everytime they go to the bathroom do ten of these drills.

MK:  What is the biggest mistake you see young QB’s make when gripping the football?