Editor’s Note: The following research was conducted as part of XandOLabs.com special report on Middle and Outside Zone concepts, which can be accessed in full by clicking here. 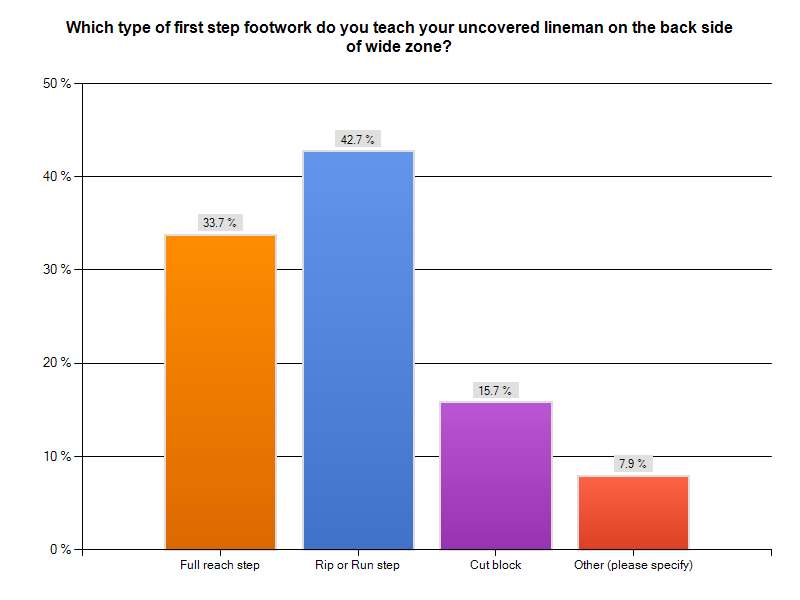 We felt this could be due mainly to a large population of high school coaches who simply don’t spend enough time on the cut block technique because it is illegal in some states to do so.  Regardless of the technique on the back side, the visual aiming point was constant- 40.9 percent use the far number of next adjacent first level defender play side as a visual target.

Jason Eck, the offensive line coach at the University of Minnesota State Mankato talks about a “fast track” technique on the backside of his wide zone concept.  “It’s deep open step and run and we’re looking to cut the defender in our play side gap,” said Eck.  “We never cut before 3rd step.  When climbing to the second level we run to green grass—where they are going to be—not where they are. The point is to get shoulders perpendicular to goal line at contact--Rip backside arm through play side leg. Get off the ground before the defender does.”