In this section, we’ll be presenting our research on the techniques and fundamentals coaches are instructing their uncovered lineman to preform in middle and wide zone concepts. This may be the most important element of wide zone scheme because it is usually these players responsible for sealing the box and getting the ball on the perimeter.   We are also presenting our research on how coaches are finding ways to cut the defense off on the backside to allow for cutback possibilities.  We’ve found various aiming points on defenders to the backside to be cut, including some coaches who prefer not to cut defenders on the backside for reasons that are explained more in depth later in our report.

Editor’s Note:  Uncovered lineman refer to those lineman who do not have a defender covering them to the play side of the zone scheme (Diagram 1).  This is different than inside zone schemes, where coaches are instructing a backside shade (Diagram 2) differently. 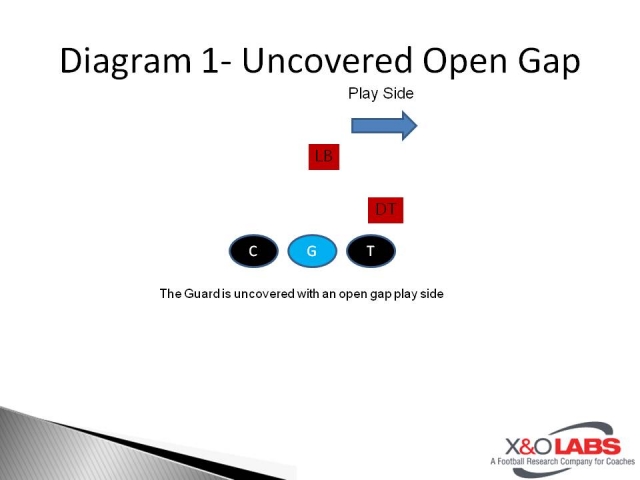 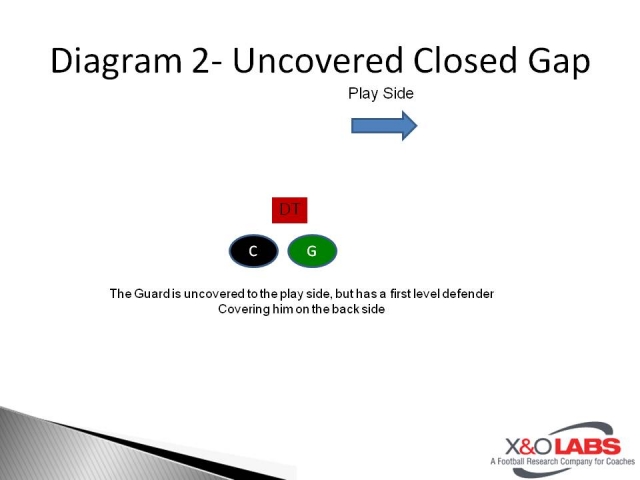 Keeping consistent with the stretch or outside zone principle, the uncovered lineman is responsible for “overtaking” the defender lined up the adjacent, covered offensive lineman but the technique he uses to do so varies from coach to coach.  Regardless of the technique employed to do this, we’ve some common denominators that the uncovered player must accomplish:

Most offensive line coaches will tell you the importance of training their player’s eyes pre-snap before even executing a block.  So, we wanted to find out what were the most productive aiming points given to these lineman before even attempting the block point.  Based on our research, we’ve found that 36.7 percent of coaches teach a visual aiming point of a gap itself, not necessarily a defender. We’ve found that this is mainly due to the possibility of post-snap movement, which we will address later in our report.  The next most popular response was the near hip of the adjacent defensive lineman. 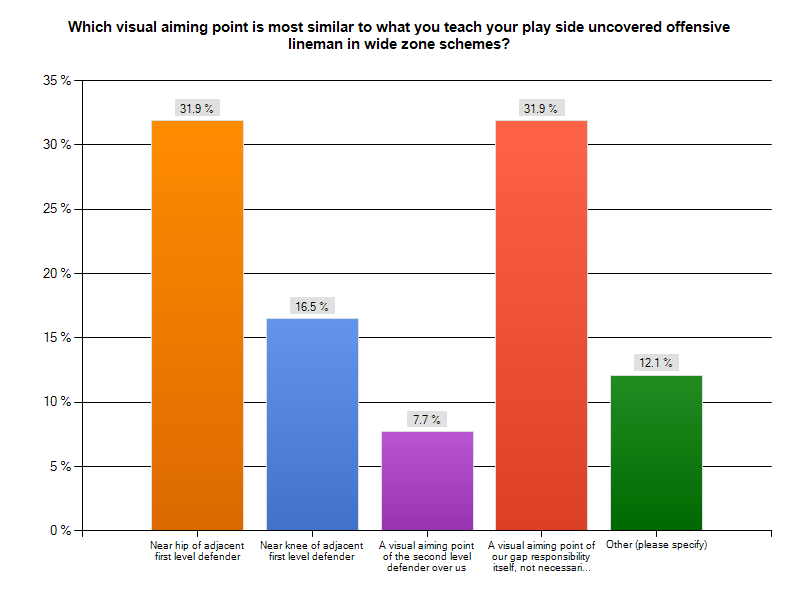 Travis Mikel, the offensive line coach at Southeastern Louisiana University teaches a hip Aiming Point and what he calls a “Triangle Read” to his offensive lineman.  The triangle read is to keep their eyes on the following (down lineman hip, play side linebacker, then back to their track).

According to Mikel, once the uncovered lineman diagnoses their read, he makes the following adjustments: 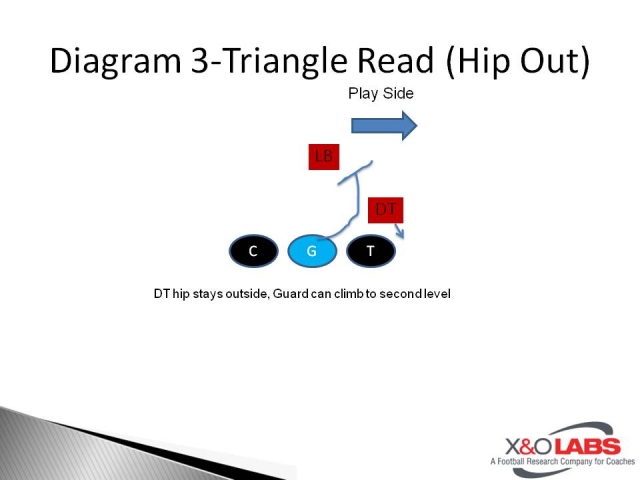 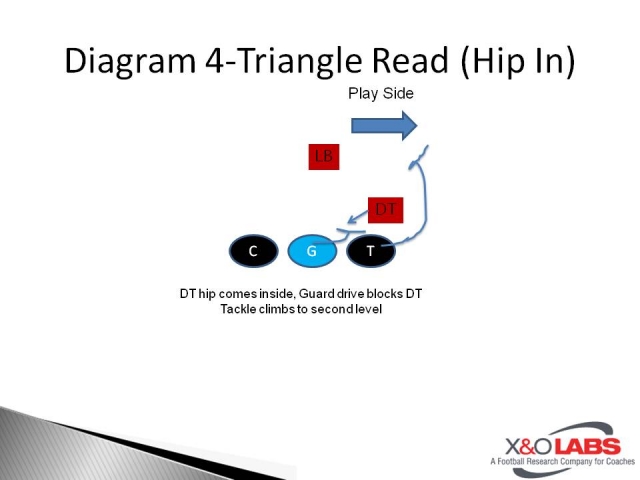 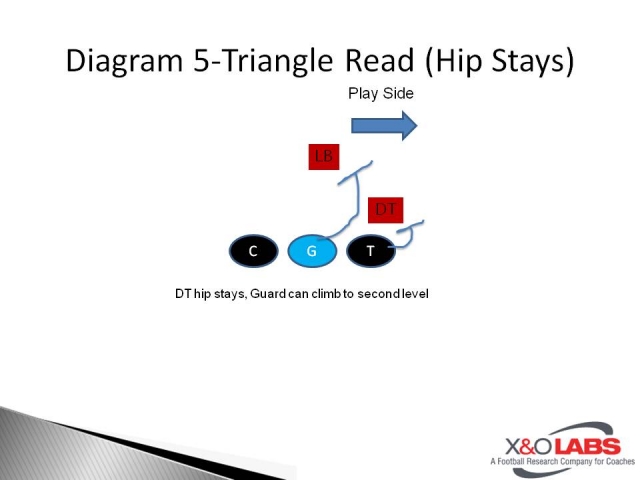 Mikel stresses eye control at the hip, which insures the proper read and pad level for the uncovered offensive lineman.  “On my first step, my eyes need to be focused on the next down lineman’s near hip,” he told us.  “On the second step my eyes should have processed my read (what did the hip do?).  The third step shifts to my second level track if needed.  We must be able to see the triangle (DL hip, LB and back to our track).

Tom Cable with the Seattle Seahawks believes more in seeing the hip of the next adjacent offensive lineman in order to make the correct block.   “I paint a picture for them in replacing their buddies hip,” said Cable.  “You have to know where you have to be to replace the covered player’s hip.  Let’s not read this hip or that knee.  I think that all sounds good, but I think it’s really all about reaching, running and adjusting.  I don't want them reading anything because they lose intensity.  I want them to replace the inside hip of the covered player. “

We’ve found that 20 percent of coaches teach the near knee as an aiming point for uncovered offensive lineman in the zone scheme.  John Donatelli, the offensive line coach at Towson State University, teaches the near knee read in his middle zone run concept.    “He must key the knee of the play side hard defender or the D-Lineman covering the O-Lineman he is working with,” said Donatelli  “Looking at his knee and seeing the direction it is going will help the uncovered man in knowing what to do immediately post snap.”  Donatelli talks about three scenarios he will work with his uncovered lineman: