"Who do they think they are the New York Jets?"  You may recall that line from the Disney classic "Remember the Titans" when Ed Henry’s offense showcased an Empty formation (then a rarity) in a high school state championship game.  Five receivers gave the Titans fits in that game and it is still causing problems for defenses today.

Offensive coordinators can be on the board all day devising route combinations for five receivers but what they must first learn how to do is protect the passer.   Sure, you can only block five but you can account for many more.

While it is not the intent of this article to discuss receiver play, it is important to note that they must become involved in site adjusting or running hot routes off of second and third level blitzers.  Blitzes vs Empty formations can leave huge voids in the defense.  We will address blitz protection a bit later.  For now, let’s start with the base rules.

We will utilize a Man protection scheme with combinations to potential blitz threats.  We are Big-on-Big (BOB) in our blocking scheme.  The O-Line is responsible for all down linemen and Inside Linebackers.  In other words, they have the box.  If an offensive lineman is covered by a defensive lineman, he is responsible to block him. Any Uncovered lineman will check to block  Linebackers.  It’s as simple as that- at least to start.

The 4-3 front is the cleanest and easiest to protect in empty.  The four covered OLs have the four defensive lineman. The one uncovered OL is responsible for the MLB (Mike LB).  He can either call a combination with the near interior lineman (Diagram 1) or set back to the "hole" to block him solo (Diagram 2).

If the Center is the uncovered OL, he has the Mike and can either set back to the hole or combo with the Guard who has the 2i. 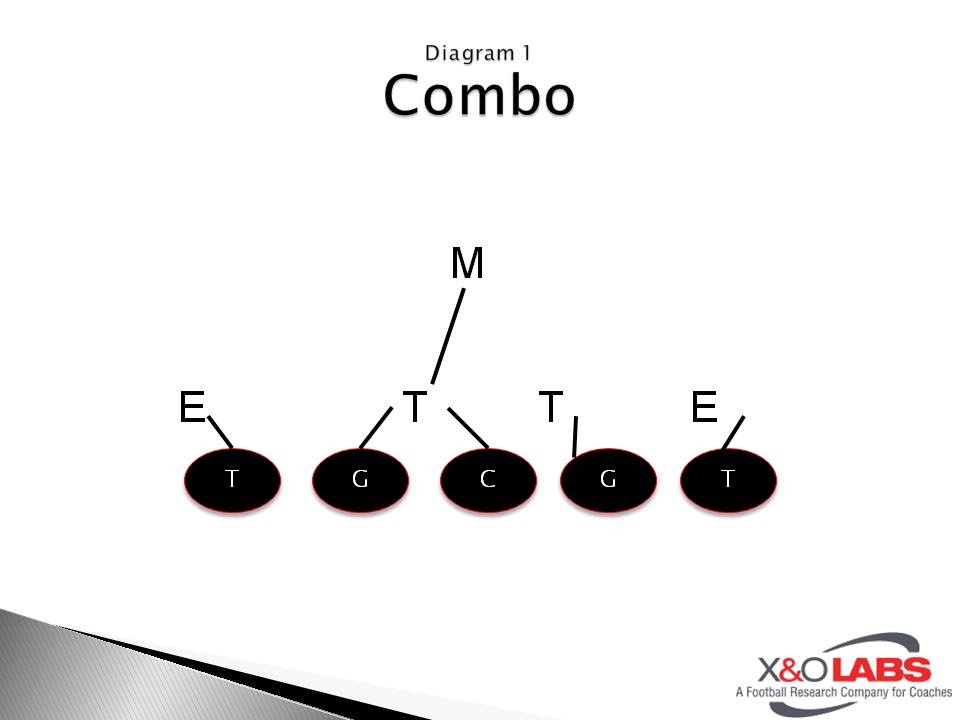