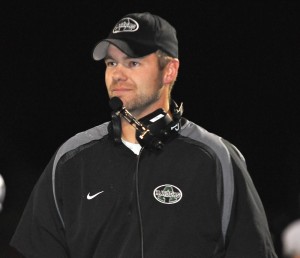 Editor’s Note:  This is part 2 of Coach Schmitt's series on the his Pistol Zone Run Series.  To view part one, click here.  Coach Schmitt has put together a 38-9 record through 4 years as the head coach at Atholton High School.  During that time, his teams have won 1 County Championship and appeared in three Regional Championships during that time.  Prior to his time at Atholton, Coach Schmitt served as a graduate assistant at the University of Maryland and as Tight Ends coach at St. Vincent College (PA).

This season we had a talented Slot Receiver/H-Back who allowed us to move from 1 to 2 back sets without changing personnel. As a No Huddle offense, keeping the same personnel on the field permitted us to constantly operate at a fast tempo. This also opened up the opportunity for multiple backfields and variations on our Zone Read Play as well as Power/Counter.

The Bluff action is very similar to our Slice play. The H-Back will cross the formation post snap but will avoid the EMLOS and block the first 2nd level/alley defender that he comes across. He is the lead blocker if the quarterback keeps the football. We are now reading the EMLOS. The Bluff play is beneficial versus aggressive defensive ends or teams that are squeezing their ends to take away the zone dive. 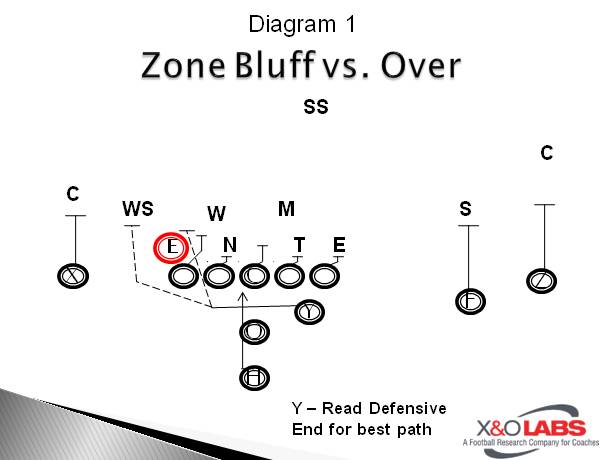 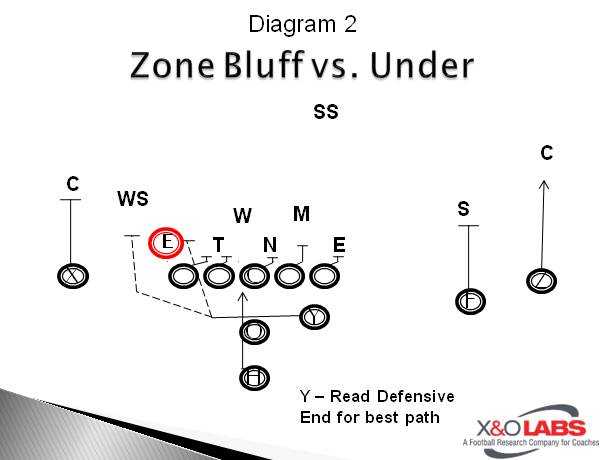