Last time we worked with Ron Roberts he was telling us about his “Tampa” creeper package that he devised during the COVID lockdown in 2020. Before reading this report any further, it may make sense to reference the prior one below:

Quite simply it’s a four-man rush simulated pressure system with three high (Tampa) coverage behind it. While this coverage concept yielded some terrific efficiency- see Oklahoma State and Sugar Bowl against Ole Miss last season- he adjusted his three-high sims to alleviate a second level player from dropping into the middle of the field. As a result, he transitioned to using the same concept from his three-high sub personnel grouping. And if you’re utilizing a three-high structure it’s an easy build-in to your system. By moving to having an extra defensive back be the middle runner, it prevented a 5-technique outside linebacker from having to be a seam dropper. A second level linebacker is able to handle that responsibility because he’s not asked to run the middle of the field. “If you’re dropping those outside linebacker then you need to teach them multiple drops such as a field drop, hash drop and boundary hash drop,” said Coach Roberts. “We don’t want to do that anymore. We had to simplify it so that they just need to know that if they are dropping they are either dropping to the field side hash or the boundary side hash. They are not looking for anything else.”

The creepers from the three-high package is complemented with other two high structures or bracket coverage looks and is used primarily on third downs. “Our middle field open look is where we play our three-deep creepers,” he said. “It all starts there. We roll strong or weak. It doesn’t start in one high structure.”

There are several pressure packages tied to these creepers, but for the most part they are field and middle activations. Coach Roberts likes them best against open sets such as 2x2 and 3x1 open. “It’s good if you get more skill, open sets and your Mike can’t run with anything down the field,” said Coach Roberts. “It’s easier to play number three on an over route from depth with a defensive back. Best to work from top down alignment than vice versa.” 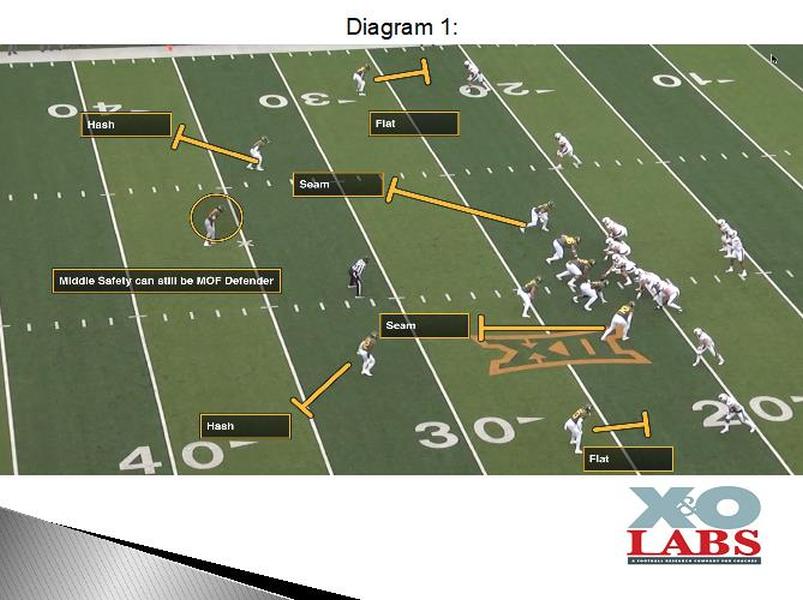 In its simplest form, there are four main pressure patterns in this package, although I’ll tell you Coach Roberts has been continually tweaking them to find alternative middle runners. Essentially, he classifies the coverage defenders as the following (more on the technique later in the report):

According to Coach Roberts, In 2x2 open sets, it’s important to show post-safety help. Regardless of the pressure pattern, the middle safety is able to close out inside the hashes because he’s already in a position to do so. 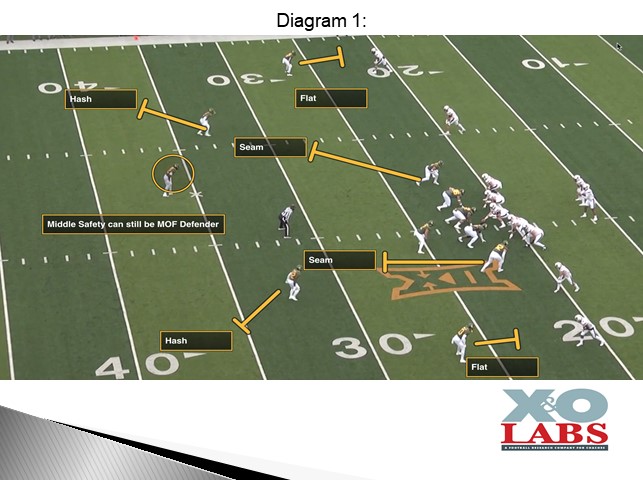 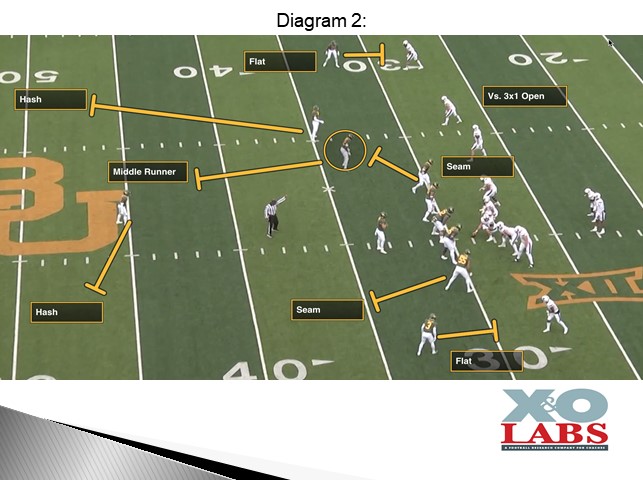 According to Coach Roberts, this not necessarily a good call against RPO offenses unless it’s 2x2 open sets where the middle safety can cheat to the side of the back. The way in which he’s able to get this taught is by terming the words “aggressor” and “protector” based on back location.

“Aggressor”: refers to any defender who is away from the back. This gives them freedom to trigger in the run action of the play. 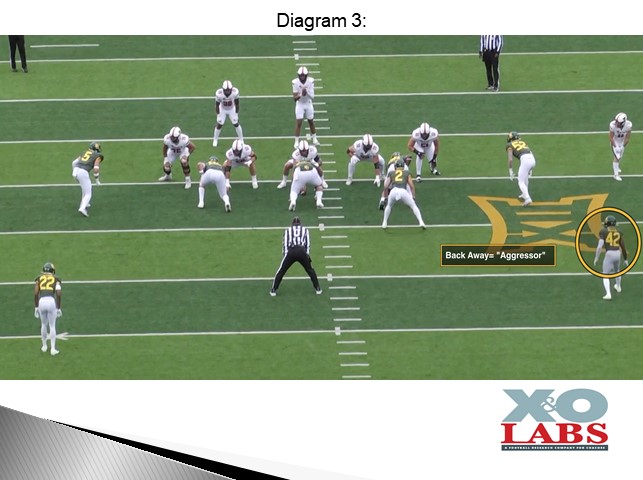 “Protector”: refers to the defender to the side of the back, and consequently, the RPO. These defenders need to be a little more patient before triggering. Their job is to protect the RPO first. 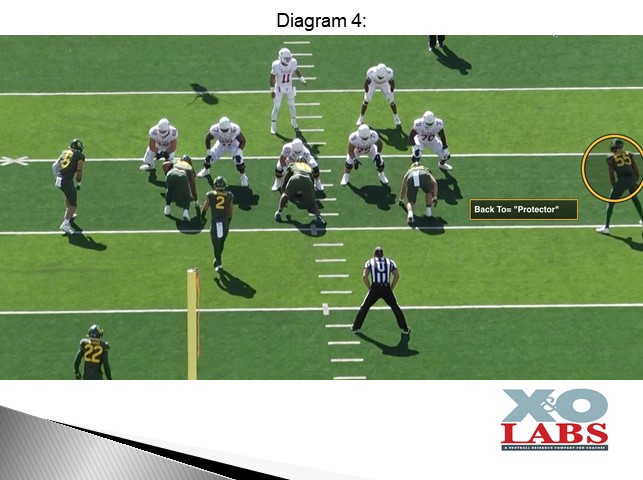 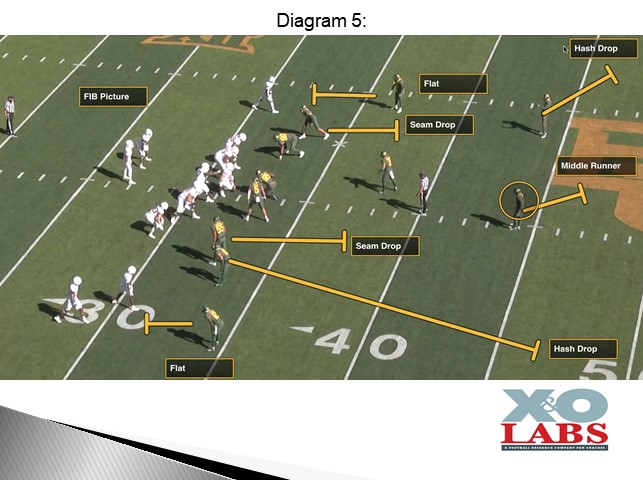 “Our creepers are designed off 2x2 and 3x1 because I want to drop the 5-technique so he doesn’t have anybody to cover,” said Coach Roberts. “He’s dropping off air."

“If it’s 2x2 I’d rather drop the field side 5-technique because he’s dropping off a ghost three or someone in the backfield so his job becomes easy.”

“If it’s 3x1 I prefer to drop the boundary 5-technique because he’s not dropping on anyone. He’s not good at it. That’s how you get away with dropping those guys out. The best way to do that is so that they are not covering anyone.”