8 Ways to Cover Trips with Quarters

Editor's Note:  The following report is an excerpt of the Quarters Coverage Research Report.  To view the entirety of that report, click here.

Defending unbalanced trips formations could be difficult regardless of the type of coverage, but there are some options with Quarters.  The main concern for any defense is to defend four vertical threats with the presence of four defensive backs gives a defense that option in Quarters Coverage.   Not surprisingly, we’ve found several answers to defend trips formations in Quarters coverage.  We’ll start with a typical 3x1 open set.  But before we do, below are some interesting figures we discovered in our research: 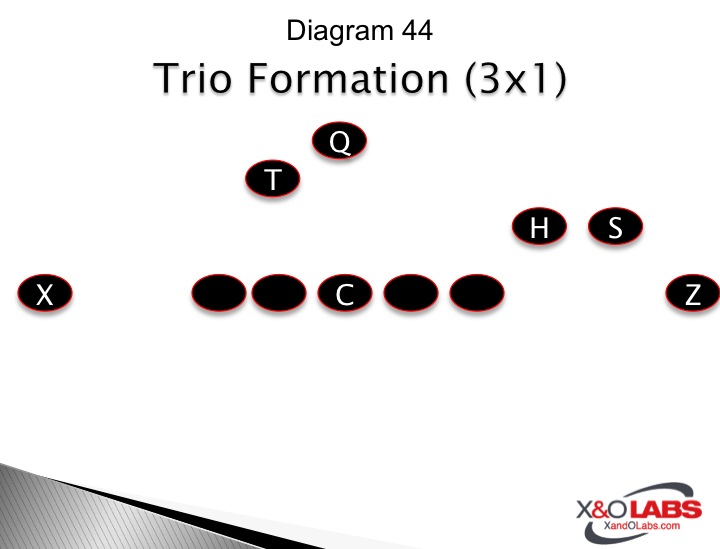 When we asked coaches how best do they defend 3x1 formations, 64.3 said they will man the back side corner on number one away from trips and tie in the back side safety to play #3 vertical (Diagram 45).  Boyd is one of those coaches, and he calls this coverage his "Gilligan" coverage, which is self-assuming, considering the backside Corner is on "an island all by himself." 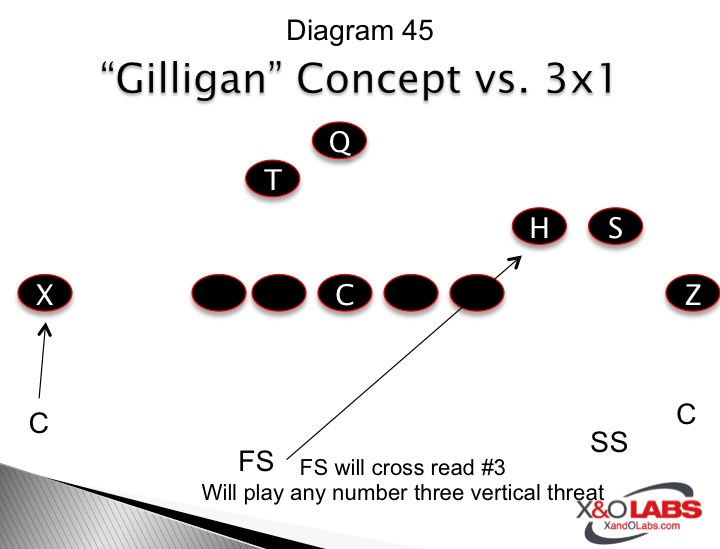 To the front side of the play, many coaches prefer to play what was referenced above as an "Alert" call against two wide receivers.  The Corner to the trips side will still handle any flat breaking routes by number-two, while the safety will leverage any vertical threat by number-two.

The key to this scheme, according to coaches, is the play of the apexed outside linebacker.  That outside linebacker must be able to hold inside leverage against number-two to protect the front side safety of any vertical routes (Diagram 46).  The Mike linebacker is a low hole player, who must work to #3 and not come across his face (Diagram 47).  The backside safety reads the front side number three receiver and picks up #3 vertical.  If number-three goes out, he looks for a new number-three, which can be coming from across the formation (Diagram 48).   Speaking from experience, one of the most challenging things to teach backside safeties (particularly young ones) in this Gilligan concept is to train their eye discipline in making them understand that number-three doesn’t always have to be number-three pre-snap it simply refers to the number-three receiver post-snap whomever that determines to be.   In the video clips at the end of this segment, you will see examples of back side safeties who did not play number three correctly. 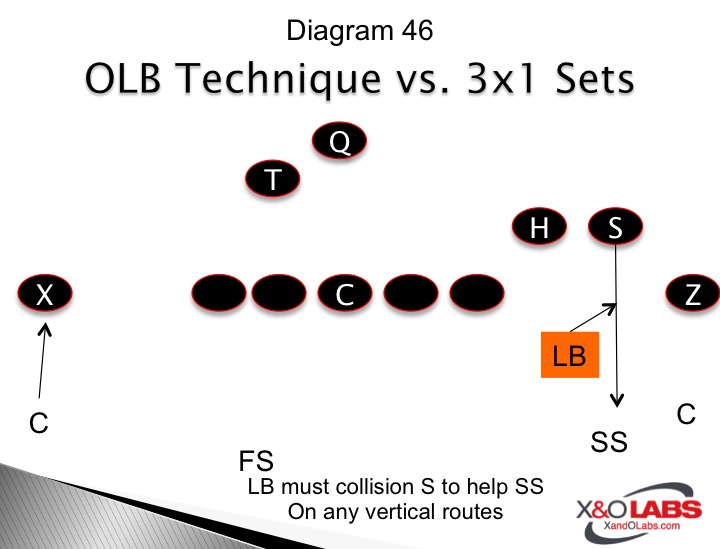 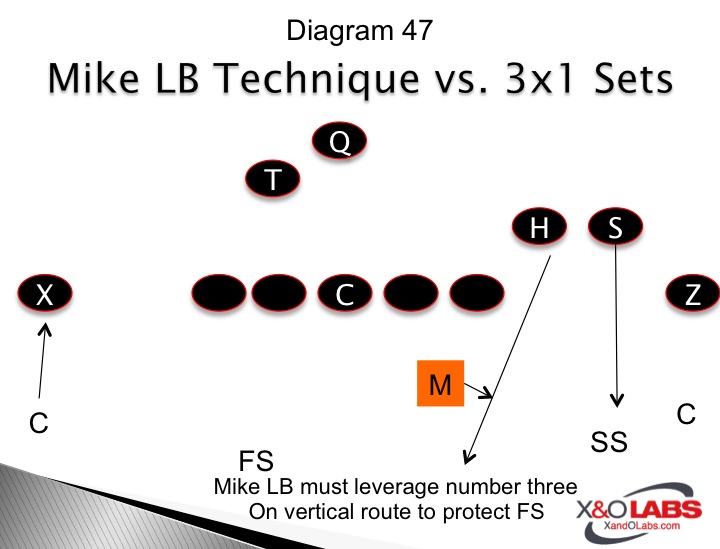 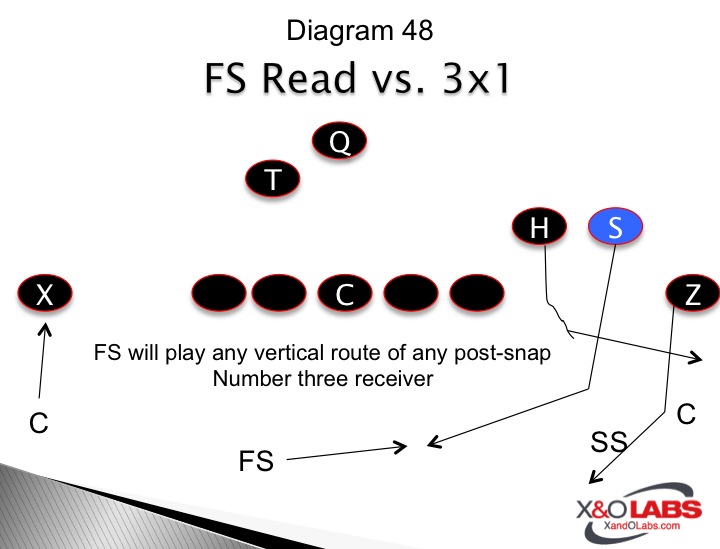