Editor’s Note: The following research was conducted in part of X&O Labs special report on Quarters coverage which can be accessed in full by clicking here.

One of the knocks against using Quarters coverage structures is the vulnerability it may have in defending closed sets where deep safeties must be tied into the run game. While that fundamental can developed with constant coaching, we’ve found that using “Tight” and “Flats” coverage adjustments in quarters coverage can help alleviate what can potentially be problem areas in 12 personnel teams.

The Ace Formation is a balanced set where there are two-wide receiver threats to each side of the formation. In traditional Quarters rules, it may be sensible to play a "Read" call to both sides of the formation in order to get those safeties activated in the run game. This makes sense. With eight potential gaps in the run game, those safeties are forced to become run players first - you’d be a gap short in the run game in a 4-3 front (only seven box defenders). But if you’re lining up against anybody with the ability of New England Patriots and their two tight ends (ok, maybe with a quarter of the ability of Gronkowski), then you’ll need to make sure those safeties can handle number two vertical stretching the field. 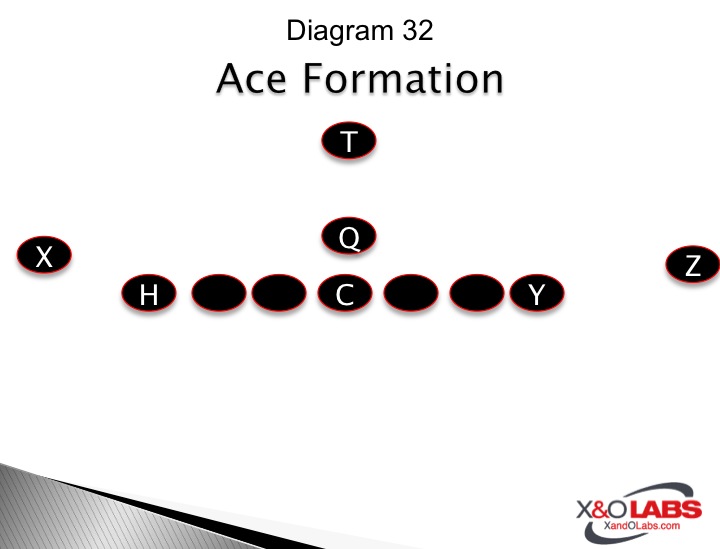