Our approach to punting is to put as much pressure as possible on the opposing coaching staff in 4th down situations. We want to force their defense to be diligent, sound, and disciplined in spending practice time on special teams or risk giving up a 1st down at a crucial moment in the game. We force opposing coaches to decide if possibly getting yards on a punt return is worth the risk of possibly giving up a 1st down.

As a player, I liked to be aggressive in everything I did and as a coach that mindset has not changed for me. Having spent time as a player at Virginia Tech (1997-2000), I learned a great deal of how to be aggressive and technically sound on special teams thanks to Coach Beamer. At Red Springs, we are just as serious and focused on our special teams helping us win games as we are on offense and defense. The kicking game is the part of the game where you can completely change the momentum of a game and steal wins.

For us, all of our “Special” units have unique names to emphasize their importance and to instill pride in our players who have the privilege of being a part of each unit. Our punt unit is named Spider. This unit is a “special” offense that can attack the opposition in eight or more ways instead of just conceding to the defense on 4th down. 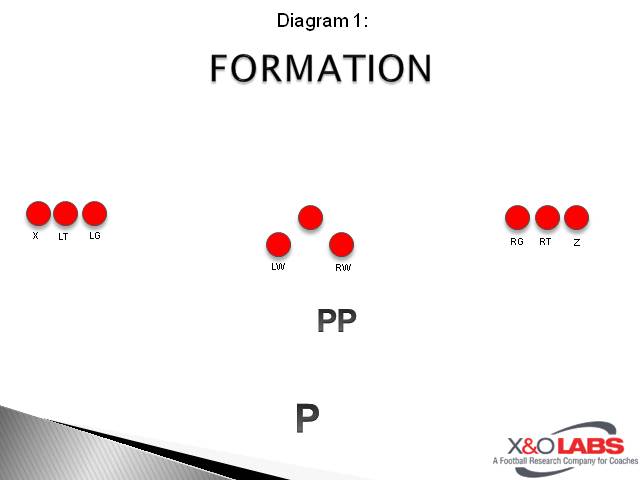 The Spider formation utilizes the width of the field and forces our opponents to cover gaps and be sound in their alignment. This, in turn, forces teams to dedicate practice time to being in good positions to cover all of our fakes. In doing so, they must decide if they want to take a chance with having a returner deep or trying to block the kick if we do punt.

If and when we punt, we always directional kick towards the right sideline of the side of the punter’s kicking leg. The punter taking two quick steps to get the ball off as fast as possible (Diagram 2). The punter is told to keep the ball between the numbers and the sideline and away from the hash. We’re ok with the ball going out of bounds on a good kick. Our punters practice kicking the ball with a high line drive by focusing on making contact right at or below the knee. We are not concerned with hang time as traditional punt teams are, because our opponents are so focused on making sure we do not convert on a possible fake that they do not have a return set up. We focus on getting that line drive to hit the ground rolling and that’s where we steal yards in field position. 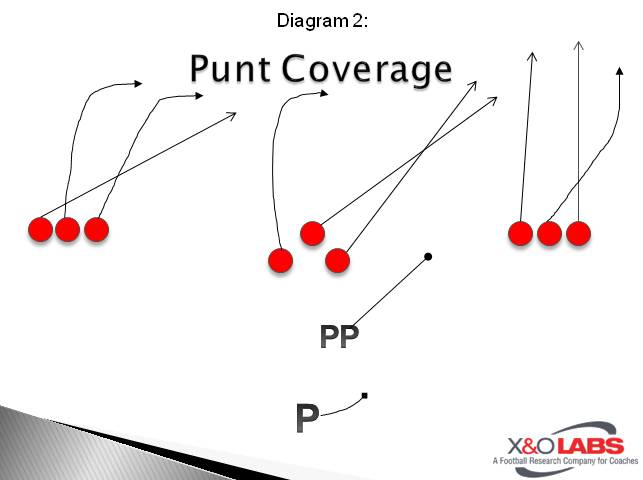