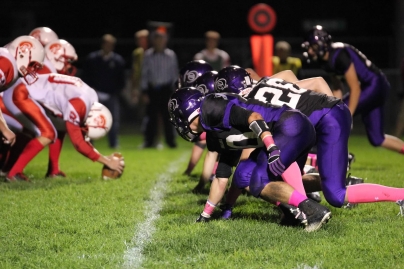 Editor’s Note: Tom Yashinsky is the head coach at Onalaska High School in Onalaska WI.  He has just completed his 2nd year as head coach.  He was an offensive assistant on staff for four years prior to being named head coach.  He coached at University of Wisconsin La Crosse as a student assistant and at Ben Eielson Jr.-Sr. High in Alaska before moving to Onalaska.

As coaches we are always looking to find an advantage in some facet of the game.  We try to find a spot that our opponent doesn’t spend as much time and take advantage of that.  For us, that advantage has come on special teams.  We haven’t consistently had as much talent as other teams in our conference so we need to find a way to steal points and possessions whenever we can.  One way we do that is pressuring and blocking kicks.

I am fortunate enough to have a coach on my staff that is as passionate about Special Teams as I am.  Lewie Parish is my defensive backs coach and between the two of us we are always finding ways to take advantage of special teams mismatches.  We probably scout special teams more than most teams do.  I haven’t been coaching for as long as most, but in my six years at Onalaska we have never lost a game in which we have blocked a kick.  Usually a blocked kick is a huge turning point in a game for us.  I don’t have the statistics of what percentage of teams blocking a kick win games but I will tell you that if you look at some major upsets in college football history you will see that the winning team blocked a kick.

The first thing that we do is teach our kids the rules of the kicking game.