The Double Wedge: A Simple And Effective Kick Return Scheme 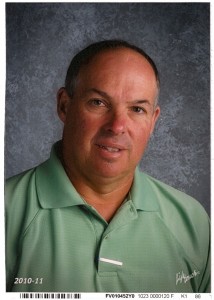 Editors Note:  Coach Wyrick is in his 5th season at Harnett Central(NC). During his coaching career, his teams have been quite successful including playing for the 4-A State Championship in 2009.  During his 34 year coaching career, Coach Wyrick has been a high school head coach, a defensive coordinator at both the high school and college level, and have also been a head coach in track, tennis, and golf.

When I entered high school coaching, after spending many years as a college coach, I was determined to do three things relevant to designing a successful scheme:

We believe that Special Teams are still the best way to out scheme and out coach our opponents. One of our goals is to win the field position battle and as we all know, special teams play a huge part in this. We wanted the Kickoff Return unit to set the tone to open a half or regain momentum after a score by our opponent.

When we looked at the Kickoff Return, we were never able to make the wall returns work consistently due to the inconsistency of the kickers we faced. The crossing returns by the front wall were not good to us as we either missed a man or had too many holding or blocking in the back penalties. When we looked at the Double Wedge return, we believed that it gave us what we were looking for without the problems we faced using other returns.

We liked that this return would allow us to return any kind of kick (deep, directional, pooch, sky, squib, even onside), anywhere on the field. It was simple to teach, and simple to adjust week to week. The results were more consistent (field position, touchdowns, lack of penalties) regardless of our talent level.

We have had success with this return on both good and bad teams. We have had two young men tie the state record for returns in a game with two. Just last season, our returner took four back for scores for the season (second in state history).