Why do a small group of high school football programs win multiple championships year after year?

Our research staff at X&O Labs found the answer. They’ve discovered programs that win more local and state championships do things differently than those programs that have not found success.

To clarify... you're probably doing the same things as those championship programs, but they're just doing them differently.

Over the next few weeks, we will be releasing some very important discoveries found in our High School Football Program Development Study. What we found suggests that just making a few changes to what you’re already doing could be the one thing you need to spark your program.

This week, we’re going to start at square one: Student-Athletes. The following report was written by Mike Kirschner, the Head Coach at Ben Davis High School (IN), and is featured in the High School Football Program Development Study.

In the following report, Coach Kirschner tells a very personal story detailing how he changed the structure – and the effectiveness – of his off-season meetings with his players. As you’re about to learn, what Coach Kirschner did built a deep bond between himself and his players, leading him to become a more effective coach and mentor.

“I began right there… to ask myself 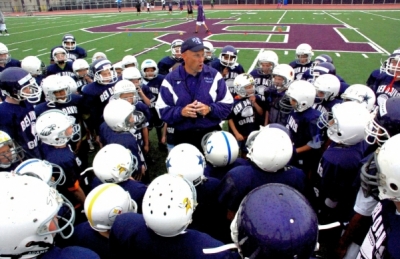 Every January I have the pleasure of attending the American Football Coaches Association national convention. I attend these conventions not so much for the X’s and O’s, but for ideas on motivation, leadership, organization, etc. Towards the end of one of the days, I decided to stay for a topic titled ‘Social Issues’ hosted by legendary coaches Bobby Bowden of Florida State and Dick Tomey of Arizona.

During their lecture they discussed issues like drugs, alcohol, suicide and single parent homes. At one point during the lecture, Coach Tomey spoke about how he used to invite his seniors over to his house and they would take turns talking about their personal lives.