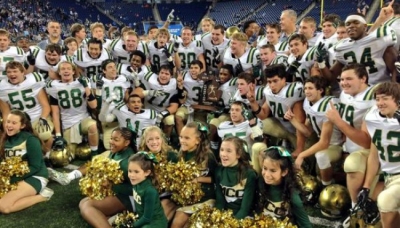 Winning culture is built now. It’s cultivated in weight rooms across the county and emphasized in classrooms where coaches teach character development and the essentials of leadership. Successful coaches understand football is a yearlong endeavor. There is no off-season, just a perpetual process in which student-athletes learn the culture of being successful. Which is why the best coaches are hard at work now instilling what will be the “culture” of their program for years to come.

XandOLabs.com researched what winning coaches are doing now, in the off-season, to build successful teams. Our eleven contributors are head high school coaches in eleven separate states throughout the country and boast a winning percentage of .777, winning more than three-quarters of their games throughout their head coaching tenures. Their bio’s are below:

These eleven coaches were asked eight questions on how they have built successful programs. These questions were generated from our readers- on topics that spanned from off-season conditioning to fundraising. These specific questions pertained to:

• How they keep two and three-sport athletes motivated during the off-season.
• What activities they use to develop mental toughness in student-athletes.
• How they teach character education among their players.
• Which fundraisers they use to produce lucrative results.
• How they have built and developed accountability in the classroom among student-athletes.
• What characteristics they look for in hiring new coaches.
• Their philosophy in working with parents and administration.
• What they have done to develop the feeder systems (Pop Warner programs) in their towns to promote football.

The complete transcribed interview is below:

MK: How have you been able to keep you players motivated during the off-season? What things have you done during the winter, spring and summer months to keep multi-sport athletes interested in football?

JB: “We ask our players to get involved in wrestling or basketball. If they are not doing those things then we have after school speed and strength training. Most of our kids are already in a weights class so that is part of their offseason training but we want more. We try to treat them right when they are in there and make it a fun competitive place to be so they want to be there. We also reward them with shirts and other things. We still have problems getting 100% participation. Some of our kids get a job during offseason and they help support their family. We concentrate on getting the ones that are just playing around after school.”