When facing coverages, receivers should be armed with a variety of tools and releases to help them attack the leverage of the cornerback. I want them to have the confidence to get off the line against press coverage and into their route as quickly and efficiently as possible.

Football is a physical sport, and nothing sums that up better than press coverage. It is a one-on-one coverage that challenges receivers to overcome a defensive back lined up directly across from them. As a result, the receiver’s mindset needs to be aggressive and physical. This is a great opportunity for them to make a play and get open.

At the same time, though, receivers shouldn’t overthink the release. It should be automatic and repeatedly drilled. I will rep releases on an almost daily basis – I want to make sure that this is something that feels natural to the players. Also, I make sure that the releases I coach are boiled down to the essentials. I effectively coach four releases against press coverage – each with its own benefits and risks.

When we talk about a release against press coverage, it comes down to two things: hands and footwork. Both of them operate independently, and both can be the cause of a great release, or lead to a poor release.

Hands: When a receiver is in their stance normally, I allow receivers to have some flexibility with their hands. They should do whatever feels the most comfortable for them, but that will still allow them to accelerate off the line of scrimmage quickly and smoothly. Most receivers will either rest their hands on their front knee or leave them dangling. 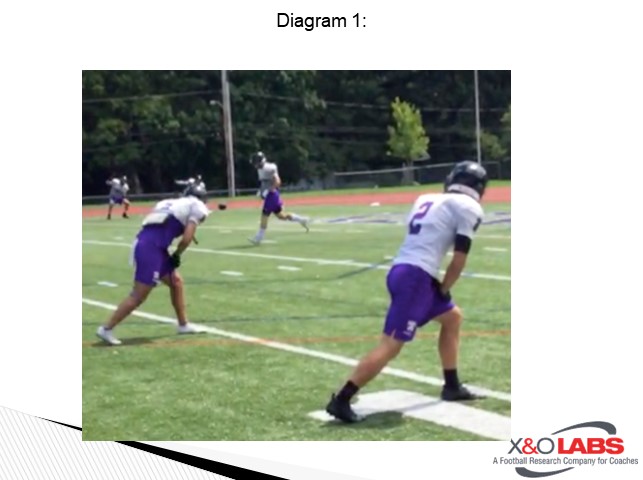 However, against press coverage, I want the receivers to have their hands up in almost a boxer’s stance. This makes sure that the defender does not have easy access to their main target area – the breastplate/shoulders of the receiver. The receiver is effectively making that window smaller for a defensive back to reach and allows him to have his hands already in a position to react, as we see here from this receiver. Having the hands at chest height means the receiver doesn’t have to waste precious time bringing them up from a lower angle. 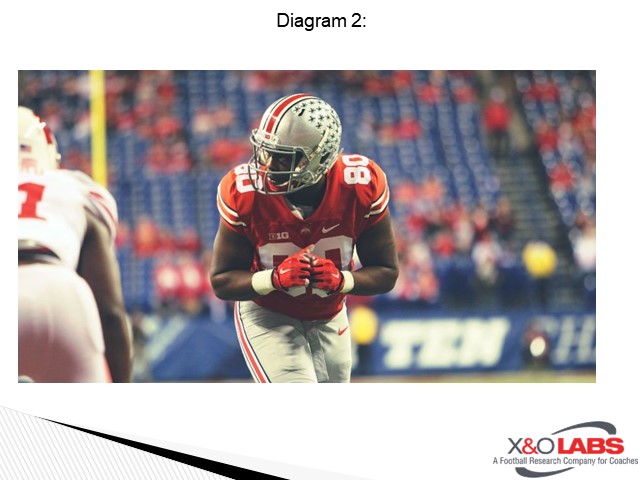