Offenses are more dynamic than ever. With the increasing popularity of the Quarterback (QB) Run Game and RPO's most defenses have begun to favor 1-high coverage structures. As most of us know, 1-high coverages take defenders out of run/pass conflicts. While 1-high defenses are one of many solid answers to defend modern offenses, one of the most important parts of single high defense remains out of date: the post technique. In this report, I aim to uncover the major chink in every 1-high defense's armor and teach you how to fix it by updating your post technique. A change in how you teach your post technique will help you effectively defend QB Run, RPO’s, and modern offenses. At the University of Northern Colorado (UNC) we call that post technique the Bounce Post. 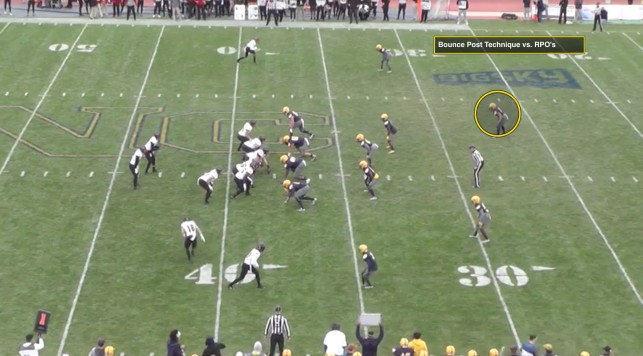 THE PROBLEM: IT’S IN THE NUMBERS

Before we begin discussing the Bounce Post technique it is imperative that we understand some of the strengths and weaknesses of 1-high defenses, specifically as it pertains to the run game. Let’s begin with its strengths. Any coverage which closes the middle of the field (Middle Of The Field Closed: MOFC) has at least eight defenders in the run fit. I would be hard-pressed to find a defensive coach on the planet who does not agree that 1-high defense is excellent at stopping the run. As we see in the diagrams below, any 1-high coverage has the same, gap sound fit. 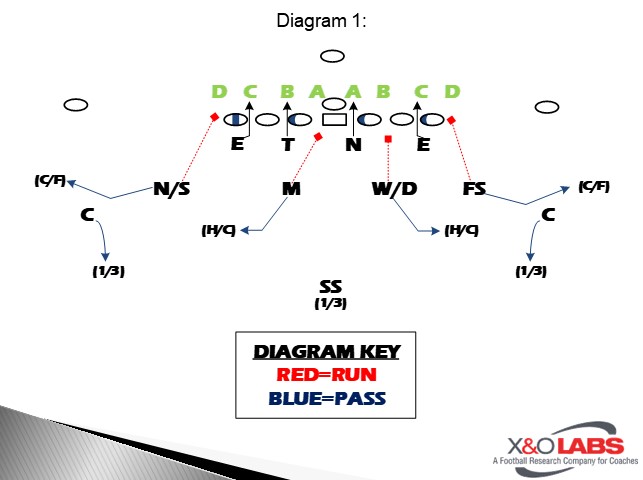 In the next diagram you can see that even though the formations are spread, 1-high defenses are still GAP SOUND. 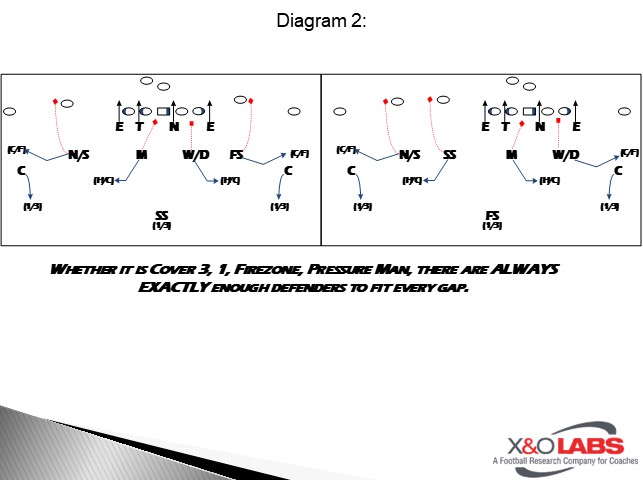 Another fact that is noticeable from the previous diagrams is that while 1-high defenses are gap sound, they also take defenders out of run/pass conflicts. For example, Curl/Flat (C/F) defenders are always relating to their #2 threats. Hook/Curl (H/C) defenders are always relating to their #3 threats. Regardless of coverage (3, Match, 1Rat, Fire Zone, Man Free, etc.) we always have every receiving threat covered and out of run/pass conflicts. 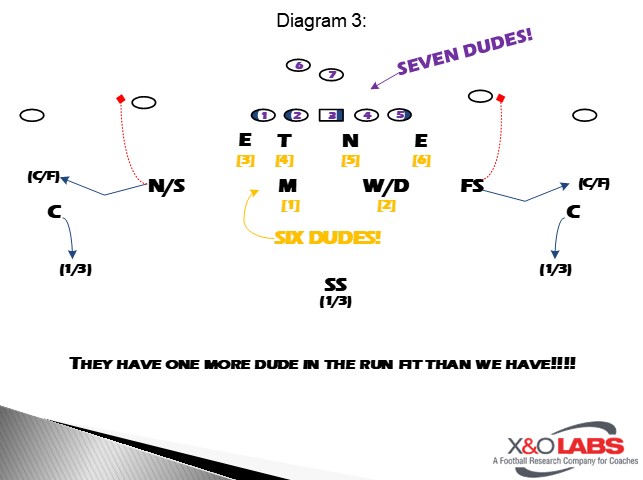 Yes, you read that correctly. The offense has one more player in the box than we have. Why is this important? Well, to illustrate this efficiently please take a peek at the next diagram: 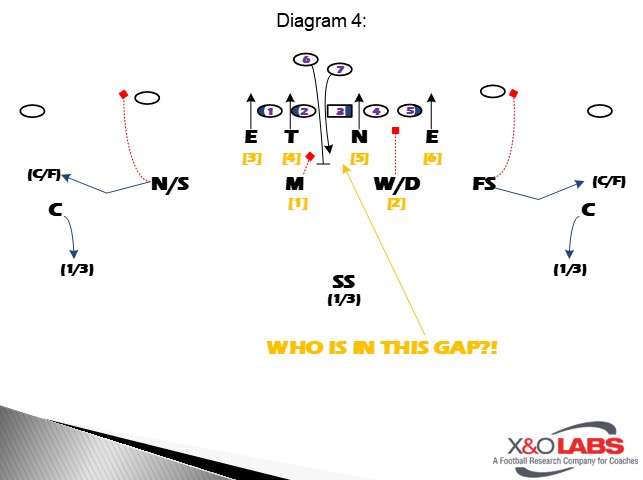 When you factor the QB into the run game, 1-high defenses are outmatched. While defenses that close the middle of the field may be gap sound, they are not HAT SOUND. Essentially, the defense is playing with 10 people in the QB run game and the offense is playing with 11. It is also important to note two additional flaws brought about by QB Run game…

In Read Zone, the offense is putting arguably their best athletes in space (their QB) against a Defensive End (DE) [arguably one of the defense’s lesser athletes in space]. While we use a squeeze scrape to put a LB on the QB, offenses have started to adjust to that technique in many ways. The most common way is to kick out their tackle on the DE. This places two defenders outside the tackle and no one in the now open B-gap. Offensive adjustments to squeeze scrape are starting to become very effective in making it obsolete as a fix-all answer for Read Zone. Regardless, below is a clip of us using a squeeze scrape technique in an effort to put a better defensive player (he went to an NFL Mini Camp) on their QB in Read Zone.