Generating Explosive Plays with the A-Back in the Pass Game

Obviously, when you are crafting your weekly game plan, you are going to script “touches” for your tailback.  Handoffs and tosses in the run game are the most basic way to get them the ball.  We do this quite a bit.  However, getting touches for your tailback in the pass game can get complicated.  So, we tried to design some simple ways to get the tailback in space with the football.

We found some simple ways to get our TB involved in the pass game and our reasoning was as follows:

Here are some of the different ways we accomplished this. 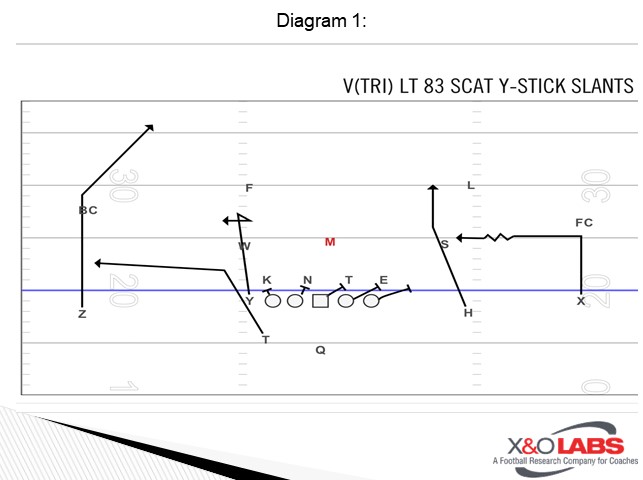 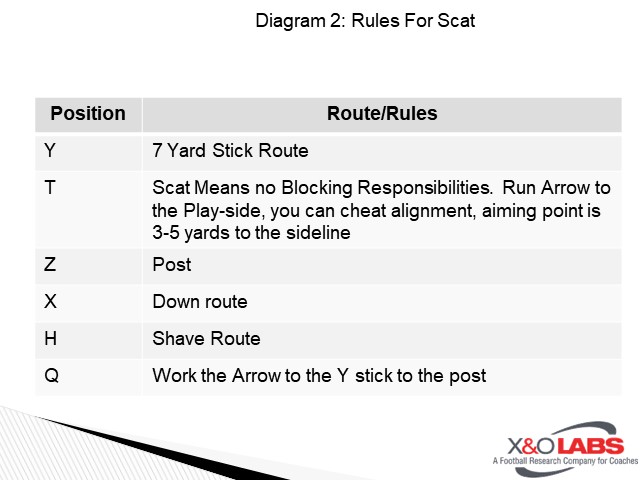 We ran “Stick” quite a bit. It was our most common 3-step pass concept.  We had a very good TE that drew a lot of attention - so we figured we could get our back open often.  The physicality of the TE’s stick route also proved to be a “natural rub” on the flat defender/ OLB.

Traditionally, we ran stick from a trips formation - so running stick out of a 2x2 formation was a tendency - breaker for us.  We were able to put the Sam (strong side LB) in a bind, because he really couldn’t be right - if he ran to the flat, we threw to the TE. We chose to have the TB run an “Arrow” route instead of a swing, because it was easier to complete, and he was catching the ball already with positive yardage.  Oftentimes, our swing routes would be caught behind the line of scrimmage.  This fixed that problem.