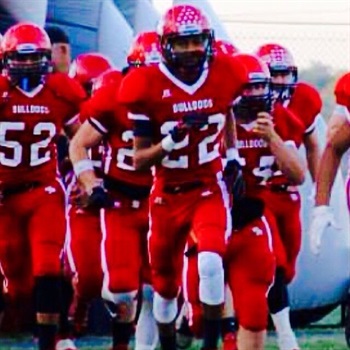 Why is mixing science with quarterbacks so advantageous? You cannot argue with the scientific facts regarding the body and its functional ability. When we truly understand how the body works as a whole, we can then begin to figure out how to make our body perform to that optimal level as often and as possible. Playing the quarterback position may seem as simple as throwing a ball to a target, yet the complexity and kinematic sequencing that goes along with it is far from simple.

Over the past few years, I have been privileged enough to study under the great Tom House and Adam Dedeaux out of California. What sets them apart from other experts in the field is their ability to improve not only the physical aspect of quarterbacks, but the mental and emotional aspects as well. This characteristic is what attracts athletes like Nolan Ryan, Drew Brees, Tom Brady, and many others to their facility.

After studying under House and Dedeaux, I began to understand the kinematic sequencing that comes out of quarterbacking and the incredible science with which they back it. Our goal is to not to give the quarterback a set of tools to use only for the upcoming season, but rather to empower him with a set of tools that will last him a lifetime throughout each level of football.

Key #1: Work from the Ground Up

When working with a quarterback, the first message we stress is the role balance and posture play in a quarterback’s overall delivery. Once a quarterback fully comprehends that principle, we can move on to the next phase. The term “kinematic sequence” is thrown around often, typically when discussing rotational sports. Put into layman’s term, it is the body’s (hips, shoulders, arms) ability to create torque, which generates speed using its rotational force to eventually come to an end result - i.e., the throw. The entire sequence (kinetic chain) begins from the ground up and travels out from feet to fingertips.

The energy the body creates from the ground up is what House calls, “ground force production.” In order to get the most efficient ground force production, we must create a solid athletic base. Our base is like the foundation of a building in that it must be solid or everything else will crumble. Balance and posture will make or break a quarterback. If a quarterback has great balance and posture from start to finish, he is then ready to move on to the next phase in the kinetic sequence.

It is important to understand that in order for the kinetic chain to be effective, the timing must be perfect. Hips, shoulders and arms must fire at different times to create the right amount of torque, which, in turn, creates the perfect velocity for a throw. Timing, sequencing and mechanics are what House constantly advocates to his clients. Numerous coaches want to try and change a quarterback’s throwing motion for various reasons, but at the end of the day, we as coaches must realize and respect the fact that every athlete is unique. That being said, we can achieve the end result all coaches want (accuracy, velocity, etc.) by evaluating each quarterback’s timing, sequencing and mechanics.

With the kinetic chain beginning at the ground level, it is vital to understand how to efficiently begin the chain of events. The notion of a “light strike” is what House and Dedeaux emphasize. When we say to step lightly, we are referring to the quarterback’s front foot. Light feet are fast feet, whereas heavy feet are slow. The throwing motion as a whole can be fast or slow, largely depending on the initial foot strike. It is a physical impossibility to have a quick foot strike and an elongated throwing motion. It is critical to understand that we do not transfer the weight from our back leg to front when we strike for reasons regarding repositioning. We must strike lightly and quickly while keeping our weight distribution within our base.

The other benefit to having a quick foot strike is the ability to recover when the initial read is not there. For example, envision a quarterback taking a three step drop with a read from left to right. He decides to take his first read to the left and strikes, but he hesitates and decides to move to the next read in his progression. If his foot strike is light, he has the ability to recover quickly, maintain weight distribution, and progress in the reads without trouble. Conversely, if the quarterback’s foot is heavy he must transfer his weight back to the load leg and then reposition, which can put him in a detrimental situation. Clear comprehension regarding the “why” of the foot strike can make or break a quarterback’s ability to further develop.