Anyone that watches Missouri Valley Conference football knows that South Dakota State University is built on running the power play. It’s been that way ever since head coach John Stiegelmeier took the program over in 1997. And even with the departure of former offensive line coach/run game coordinator Jason Eck, the Jackrabbits have found a way to gash defenses downhill on gap schemes. Part of the reason why that’s been the case is the meticulous detail in which the coaching staff goes about teaching offensive linemen the details of blocking the play. When gap schemes are the bedrock of your offense, then it makes sense to spend the necessary time needed to develop these skill sets. 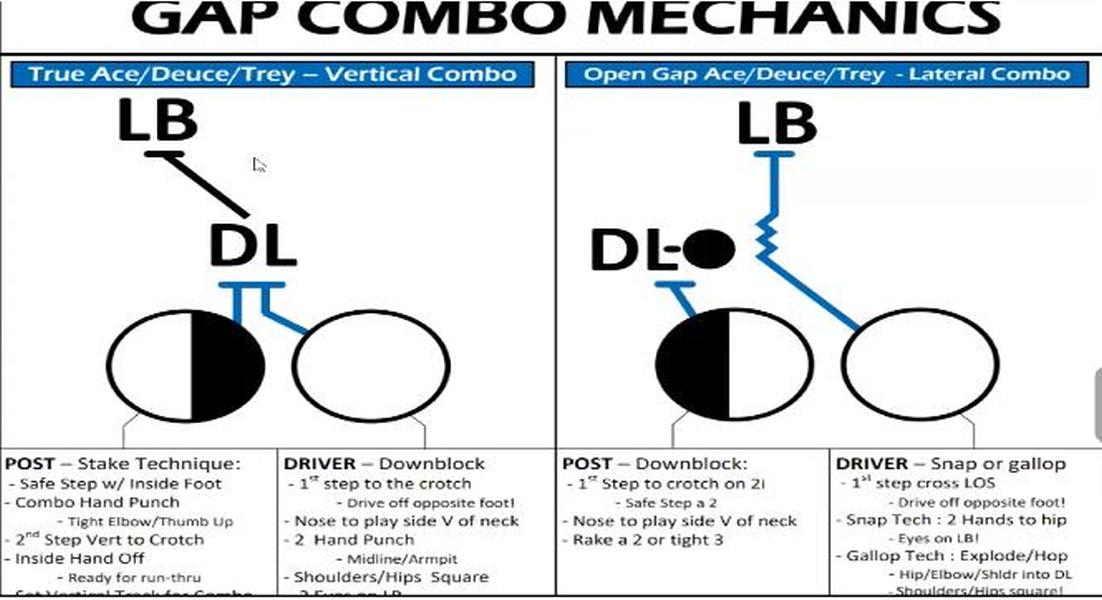 While the bulk of this report will be centered on the drill work Coach Olson uses to teach the concept, there are some alignment nuances that the Jackrabbits use to gain maximum efficiency on the concept. One of those variants is teaching a backside mesh from Pistol alignments. According to Coach Olson, the purpose is to provide a control mechanism any defenders able to run the play down from the backside. 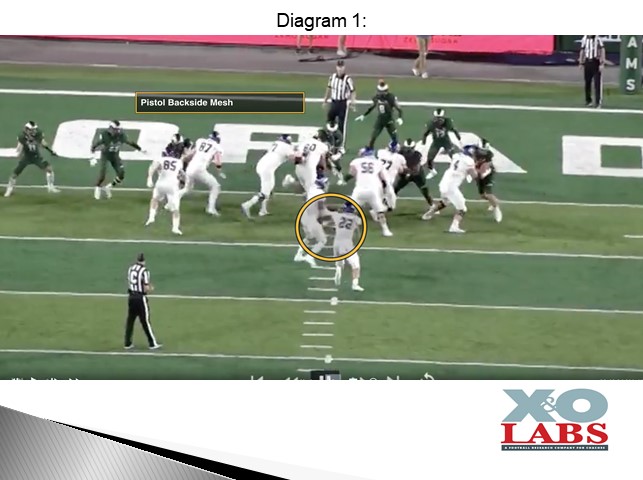 According to Coach Olson, the change in mesh has been really good in handling any backside issues. “When you have weak side linebacker’s walk up backside he’s usually accounted for in the count so you need a hat for him,” said Coach Olson. “In the past we would just pull it if he came off the edge. But the defense can have numbers if there is a safety over there. Or, you can put a tight end on the backside but you need to change the formation and be in different personnel groups. This is easiest and affects the least amount of people.”

The ball carrier is taught to be 1x1 off the inside hip of the puller (backside guard). Coach Olson teaches a “hips in” or “hips out” progression reading the block of the puller.

“Hips Out”- Puller’s ass is in the hole ball should stay inside the puller. 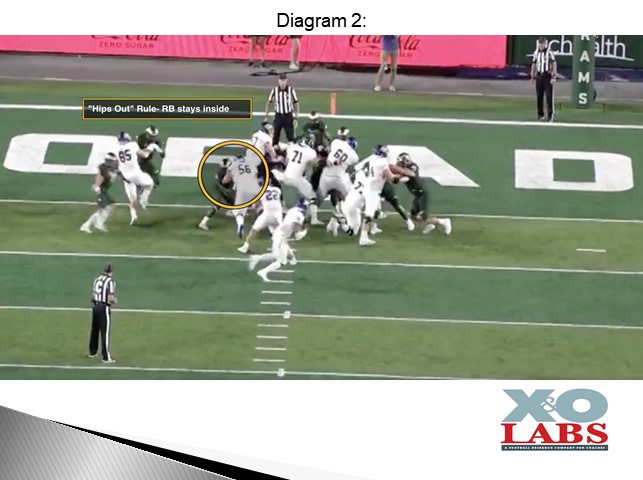 “Hips In”- If the puller skates it or he has to log it the running back has to go tight off the ass of the puller. 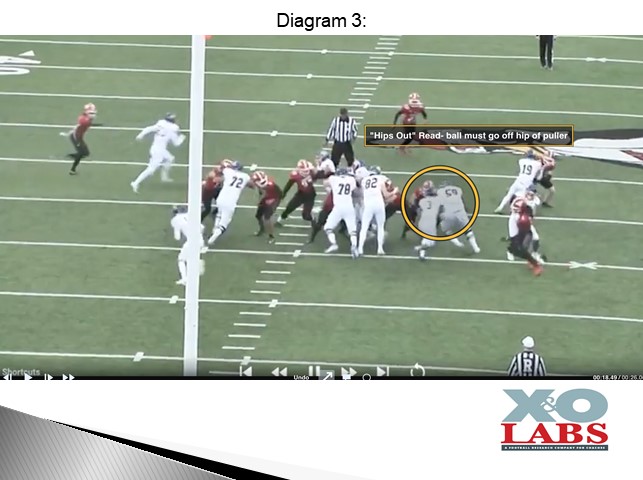 So, while the power concept is taught as an A gap concept, the ball carrier will often bounce the ball based on the read of the block. “We’ve never seen the ball hit in the A gap, particularly against an Over front if we’re getting the right movement on the combination,” said Coach Olson. “There is too much static in there so it becomes more of a B gap out insert point. It may look like it’s in the A gap because we are getting vertical movement. We’ve never talked about feeling flow of the backer. So many defenses come over the top of down blocks. So, now we tell them to check the backside A gap. If that Nose pops over the Center, we may want to hit them against fast flow teams.”

Since SDSU is more of a heavy personnel gap scheme team, a priority needs to be placed on the alignment of the kick out player, the tight end. According to Coach Olson, the best alignment is to straddle the inside leg of the grounded tight end. 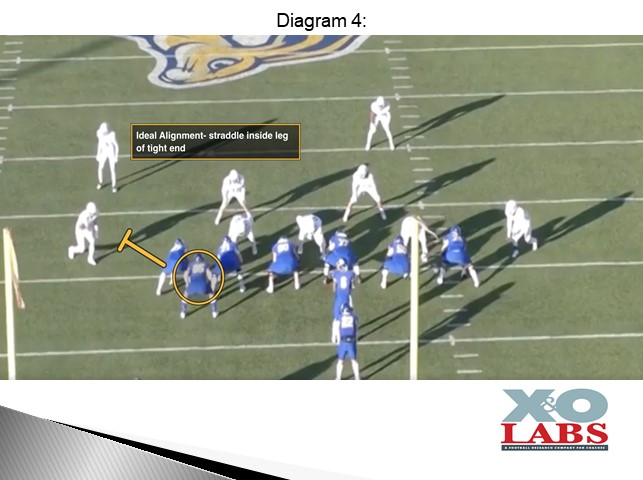 “We don’t talk about taking a ‘J’ path,” he told me. “We talk about being vertical forever to the point of contact. If the 9-technique falls off the edge we can always relate to him super late. We want to be as vertical as possible with near foot, near shoulder contact.”