The foundation of the Mike Bloomgren school of running the football is built on tight zone runs. It’s something opponents in Conference USA know all too well. Which is why the offensive staff at Rice University will get up to 2-3 reactions each week of how defenses will fit its tight zone run concept- this includes back gapping second-level defenders, 2i technique defenders, and second-level run-throughs. So, it became necessary for offensive line coach Sanders Davis to build in two separate ways to block the scheme; chase and no-chase zone concepts. 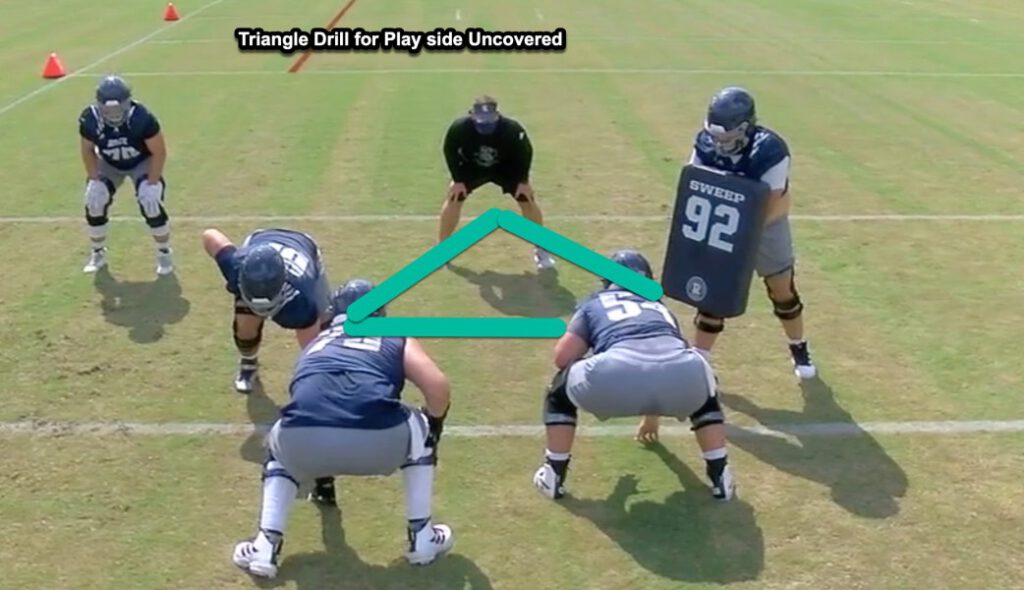 These are defined below: 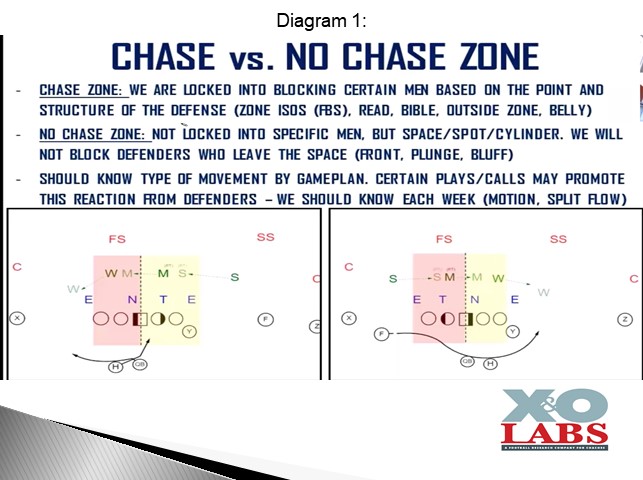 As a point of clarification, "chase zones" consist of concepts like zone read where linemen have to be aware of scrape exchanges by backside C gap defenders. No chase zones consist of concepts such as split zone, zone bluff concepts, and tight zones to an open end with a three-surface backside- all scenarios where second level defenders are expected to fall behind the point. In no-chase zones, linemen are taught to block a spot which helps protect against these back fitters or lag fits most commonly associated with split zone concepts. “If the defender falls behind our double team our eyes snap forward,” he told me. “We snap our eyes forward and block the defender that enters the box.” This report is focuses solely on no- chase zone concepts.

Like most tight zone operations, Rice will identify the point as the play side inside linebacker. Each lineman is responsible for the defender in his cylinder (spot) post-snap. Quite simply, once he commits, you commit. The point clarifies where to start combinations and how to define spots. Certainly, it's a clear box when there are no fallback defenders. 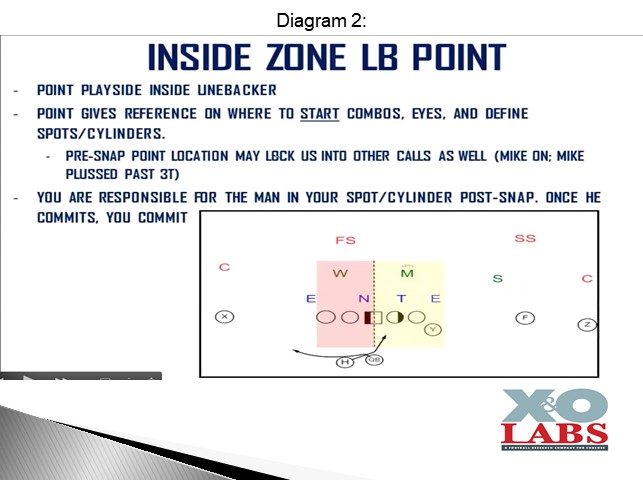 But most recently, Coach Davis has relied on the “no chase” principle in order to get bodies on bodies up front to create explosives in the scheme. The premise is built around blocking the box, most notably the A gap first, and letting RPO's and play-action handle the perimeter. The back is not asked to read anything at the second level. It starts with instructing the line to delete the defender that leaves the box and block the guy that enters the box.  “We’ll get 2-3 reactions per week, but if we just teach them how to train their eyes it becomes easy to identify,” he told me. “It’s great against pressure and it helps them just be physical on contact where they can get right into their double teams. Second level defenders struggle to get into fits when they fall back, especially with combinations hitting right into their laps.” 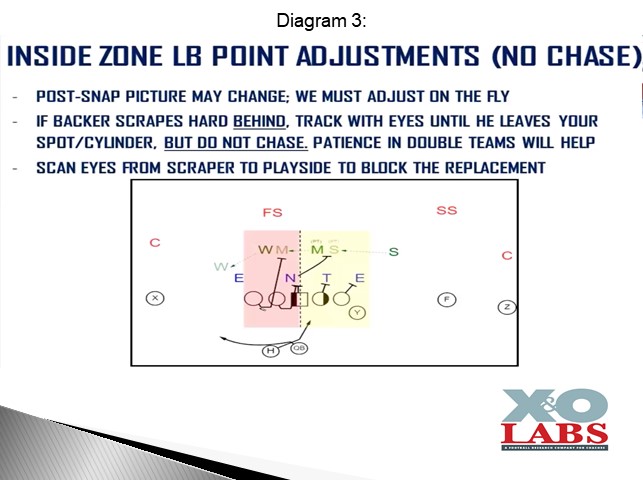 But to hit the play vertically, the point needs to stay the point. It will not get pushed. Otherwise, what's the purpose of running an A gap tight zone concept? Rice will only vary the point if the point walks up on the line of scrimmage. This would not include an outside backer/Sam or Nickel, which would force targets wider. But when the Mike walks up, communication needs to be made to identify potential movement. In this scenarios, Coach Davis teaches a higher target area to protect against inside penetration. The target now goes from an inside V landmark to a hip or triceps target. “We want to be higher up the field not flatter to create a wall,” he said. “We don’t want them to cross our face. It’s not a flat angle, a higher angle. Now the ball should pipe through the A gap and the back should press it.”

According to Coach Davis, the ideal aiming point for the back is the backside heel of the play side Guard with a read of the first down lineman past the Center. The aiming point is so specific that he’ll often put a quarter on the heel of that Guard and tell them they cannot cut back until they touch the quarter. “He must work to that aiming point before making any cut,” he said. “It helps bait linebackers into gaps and brings them into double teams. If he doesn’t do that, linebackers can fall back to where our combos can’t see them.”

While some coaches choose a tighter aiming point like the butt of the Center, the backside heel of the Guard provides a better opportunity to push the ball out to the play side C gap, getting a back on a back fit safety, where big hits can occur. “We used to use the Center’s crack as the aiming point but the ball always cut back and it got congested,” he said. “Now you’re not as concerned as cutting off on the backside, you’re thinking about getting more vertical.” 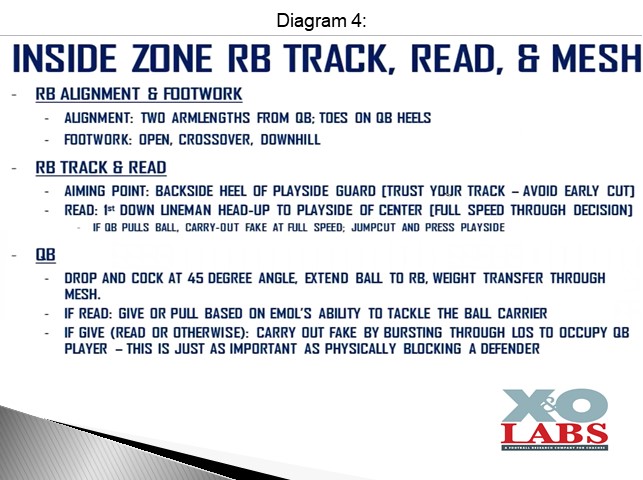 How he teaches his lineman to keep tight zone as an A gap track, which includes training their eyes to handle back gapping, as well as 2i/4i techniques, is the focus of this report.