Dynamic play by outside linebackers within a base 3-4 personnel defensive scheme can provide a defensive coordinator the flexibility to adjust multiple formations and offensive schemes that can vary greatly from week to week or sometimes even within a single game. This aligns with a "Keep It Simple but Sound" coaching philosophy where a coach decides to give their scheme the best combination of simplicity with enough answers to problems.  Within a base 3-4 scheme, the key to this principle is the outside linebacker positions. Therefore, the best all-around football players with a good combination of overall athleticism and football IQs typically should play at outside linebacker. While those outside linebackers will often develop strengths when playing from the different alignments or executing specific fundamentals, all of them are coached up to have the skills necessary to be successful and provide the versatility to make a base 3-4 personnel defensive scheme sound. 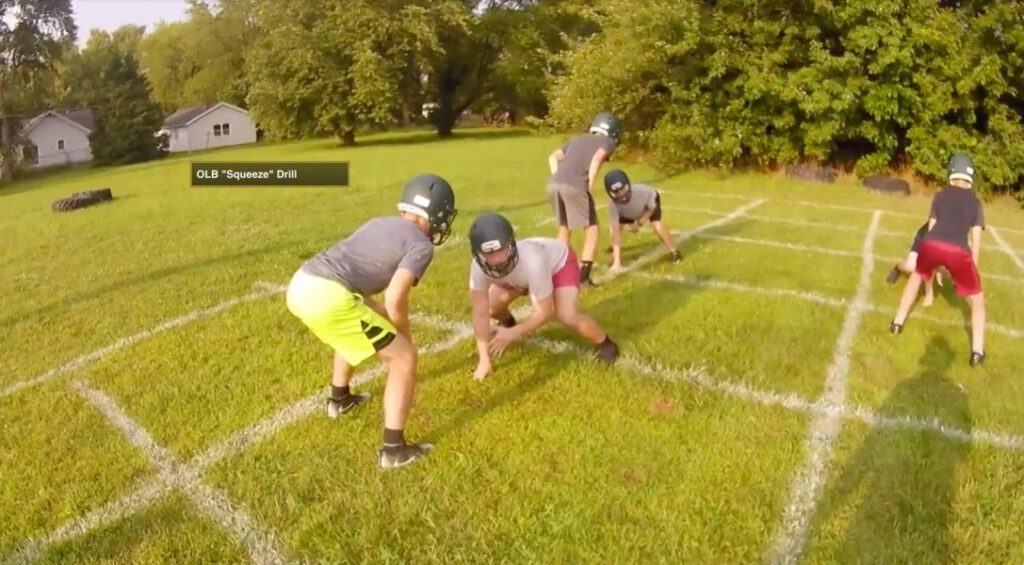 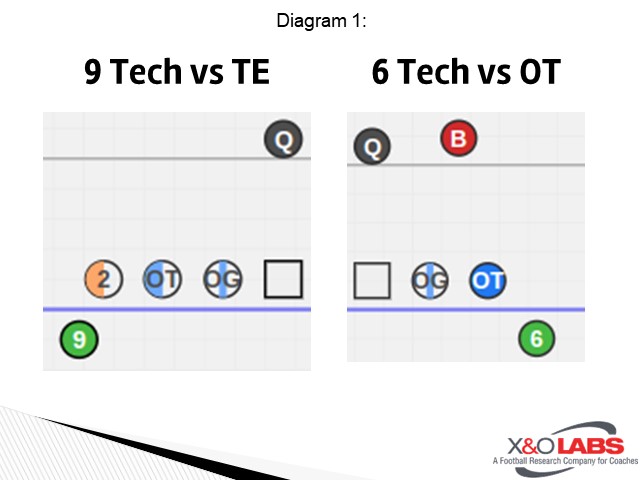 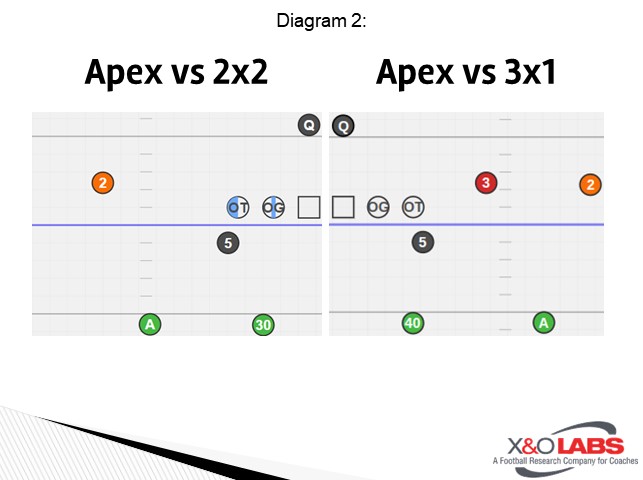 Based on game planning and situations such as down and distance, we also obviously will have our outside linebackers play as overhangs 5x4 off the end man on the line against 2-back sets, apex between the offensive tackle and number two receiver against 10 personnel 2x2 sets or apex between the number two and three receivers in 3x1 sets. While outside linebackers remain run first defenders from these alignments, they play a key role in some of our pattern match coverages. 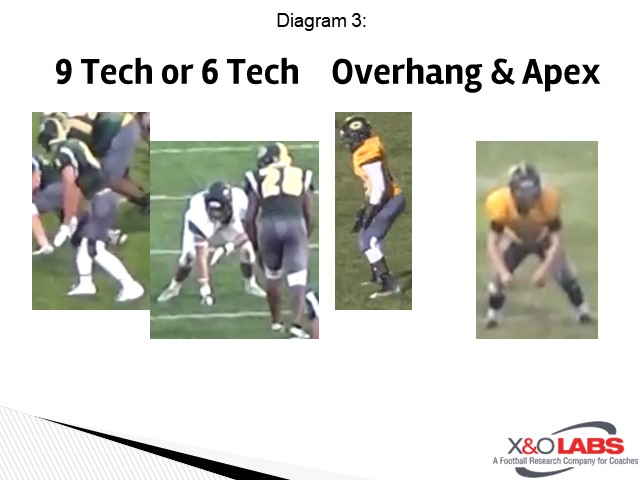 Our outside linebackers utilize 2 stances. Both stances have a shoulder width base with a “z” in the knees and ankles creating power angles.  When aligned on the line of scrimmage the stance is a heel-to-toe stagger. In previous seasons we’ve coached an outside foot forward and inside foot back because it matched the stance of our defensive lineman. This past season we coached an inside foot forward and outside foot back with the rationale that it allows for our outside linebackers to maintain outside leverage more easily against a reach block. When aligned off the line of scrimmage, the stance is more balanced with no stagger just like our inside linebackers to allow for quick movement in any direction to react off our key read.

In a 3-4 defense, the use of a 9-technique outside linebacker aligned in an outside shade on a Tight End with their inside foot on the outside foot of the Tight End is crucial to making the defensive versatile against the variety of formations that utilize 32, 22, 21, 12 and 11 personnel. The fundamentals needed to effectively play as a 9-technique include:

We begin by drilling the start, step, and strike. The point of the step and strike is to control the block of the Tight End. To emphasize low pad level, we often do the drill coming out of chutes. The 1st step is with the outside/back foot while beginning to throw the strike. This is followed by the 2nd step with the inside/up foot before delivering the strike aiming to contact with the outside hand on the lower rib just outside the breastplate and the other hand at the bottom of the sternum just under the breastplate. Each step should be "out of the footprint" with the heel landing slightly in front of the previous alignment of the toe. By the 4th step, we want the outside linebacker to have made his read and reaction to destroy the block.