Training Overhang Defenders to Diagnose and React vs. Run and Pass

Overhang defenders have a critical role in perimeter run force as well as in underneath coverage vs. the pass. In our defense, the term “overhang” is referring to a drop outside linebacker or low safety in a rotated coverage. It is essential that we train these players to effectively read run/pass at the snap and react to multiple different types of plays. Having a thorough understanding of proper alignments, key reads and technique is crucial to our defensive success. Overhang players that are able to do this well should make a significant impact on defensive production. Ideally, we want our overhang defenders to be among the most versatile athletes on the defense.

As with most things in football, when it comes to successful defense on the perimeter, it all starts with alignment. Our alignment rules are simple and uniform so that our players can easily understand where to line up and why. Most formations that we see will be spread formations with at least one slot receiver. Overhang defenders are taught to split the difference between the end man on the line of scrimmage and an open #2 WR. We call this a “walk” alignment. 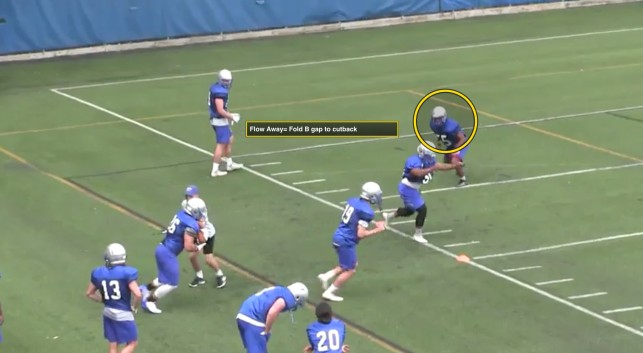 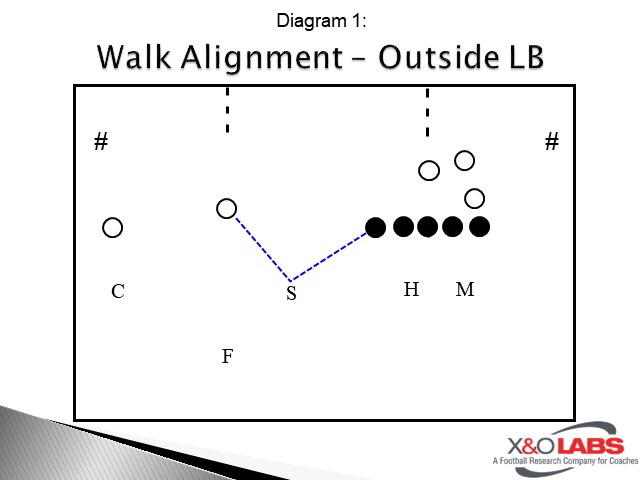 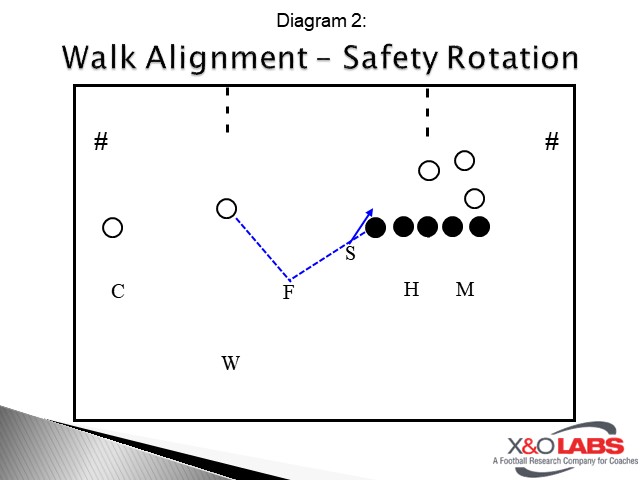 The walk alignment is designed to position us wide enough so that we can be a factor on the perimeter and in coverage, but also to leverage us inside of #2 so that we can avoid being cut-off when folding for inside run. This is “Day 1” teaching for outside linebackers, and when we start to involve the safeties in our rotated coverages, we will use the same language so the teaching is uniform.

If we are in a coverage that requires our overhang to defend #2 outside the hash, we will make simple adjustments to our standard walk alignment. This is most applicable in our 3-Deep coverages that require our overhang to defend #2 in the seam or in the flat. For these alignments we will use terms like “backer” or “star” in reference to the support calls that we make in those coverages. “Backer” is obviously backer support and “star” is safety support. 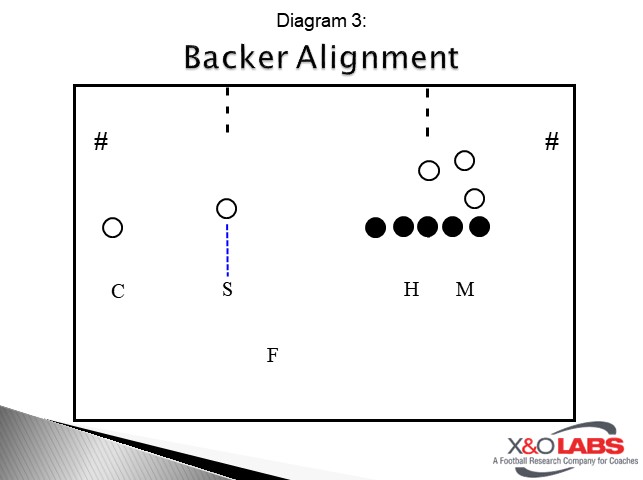 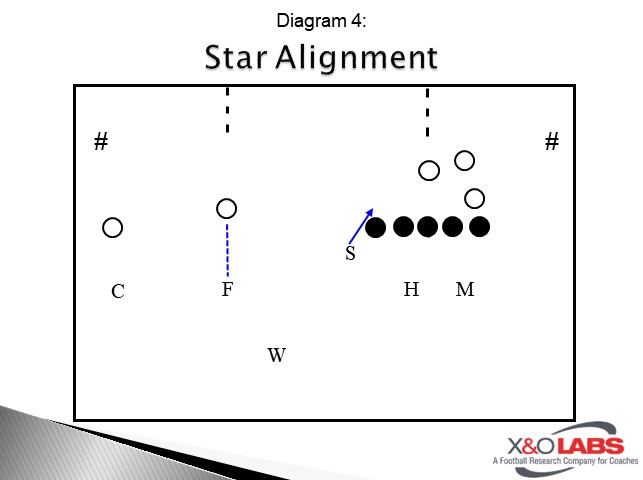 Backer/Star alignments are wider than a typical walk alignment, though the exact width depends on how our overhang matches up with the #2 WR and which types of routes we expect to defend based on film study.

An outside linebacker to a single-width WR aligns in a “hip” alignment. This would occur on the backside of a two-back or trips formation. Our base alignment in this situation is outside of a “ghost” TE with our toes aligned as deep as the nearest defensive linemen’s heels. Depending on the game-plan, we may walk that alignment out as wide as the slant window of the #1 WR. 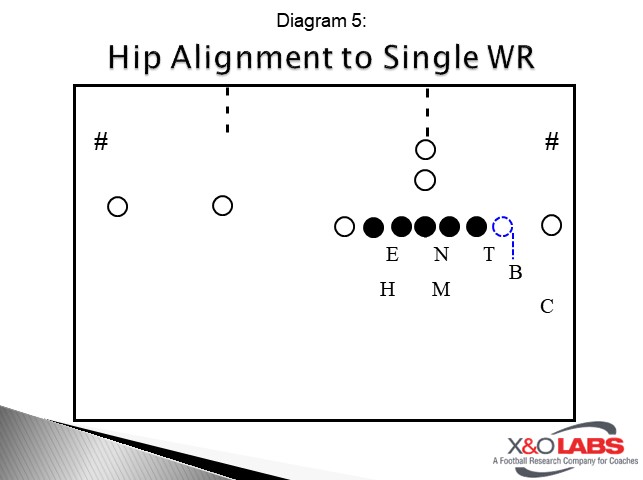