The Science of Pass Rushing 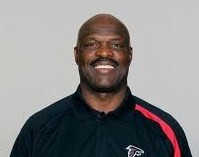 Researchers' Note: You can access the raw data - in the form of graphs - from our research on the defensive line: Click here to read the Statistical Analysis Report.

For the last couple of Coaching Research Reports, we have centered on offensive and defensive concepts and schemes. Sure, the scheme all looks pretty on the whiteboard, but what good does it do when their X is better than your O? So what we’ve decided to do for this report is get back to the core – focus on the fundamentals of the game. And what better way to do that than start with the defensive unit up front – the backbone of any solid team. In this report, we’ll focus solely on effective pass rush moves and rush points – an area often neglected in coaching. What our researchers found astonishing was that among all problems that coaches encounter when instructing their defensive rushers, 38.3% felt that losing gap integrity was the most alarming concern.

So we’ve consulted with a select group of coaches from various levels of football – from high school through the professional ranks – to bring you a detailed report on the science of pass rushing. No need for diagrams here, we’re focused on mastering the technique.

Based on our research these are what are considered to be the most high percentage, most productive pass rush moves. It’s no nonsense content, in a way that only X&O Labs could produce. But before we get started, it all starts with the hands.

Case 1: Coordinating the Eyes and Hands Without question, this area seemed to be the most integral when developing a pass rush. In fact, 60.7% of our coaches train their players to lead with the eyes – meaning focus their eyes on the blocker, while feeling the QB. While most coaches would agree that the use of the hands and feet were vital in getting the QB to the turf, teaching that correlation is something many coaches spend a ton of time on – even at the highest level of football. Ray Hamilton, the defensive line coach of the Atlanta Falcons takes his entire unit through a hand placement circuit every day of practice. According to Hamilton, who has 24 years experience in the league tutoring greats such as John Abraham and John Henderson, hand placement is one of the most under taught skills in the game.

"Everything starts with hands," says Hamilton. "We teach our defensive linemen to first identify how the offense lineman is trying to attack us. When you’re rushing the passer, if you’re at a point where you can touch him or he can touch me we call that a contact zone. As soon as you get there, it’s a boxing match; you need to have your hands ready. They need to replace his hands. We need to knock his hands off two or three times before he gets inside on us. If he can’t get his hands on you he starts to retreat by moving his feet and that’s when you got him."

Once he feels that his player is in the advantage, Hamilton then teaches a swipe move, with the aiming point being the forearm of an offensive lineman, not the wrist. "The wrist is too small an area," he says. "We go from forearm to elbow. Some guys are betting at wiping them off, knocking both down or just knocking one arm down. The key is to get his hands off as quickly as possible." In order to teach this concept, Hamilton breaks what he calls his "quick hands" segment into the following progressions for drill work: