At Shenandoah University, we attempt to use concepts and schemes that best fit the players we have in any given season.  The value of our screen game is measured in our production in three areas.  First, how effective are we in producing explosive plays? Second, how well do we alter pass rushing aggressiveness? And third, how can we use what the defense knows about us against them?  Specifically, with the tunnel screen, we believe we can greatly impact all three areas and produce measurable results that benefit the other aspects of our offensive attack.

The presentation we give the opponent is tied to our game plan in the run game and pass game. It is also influenced by the style of defense we expect to face on Saturday. The presentation can vary game-to-game and series-to-series. We will cover this later in the article. 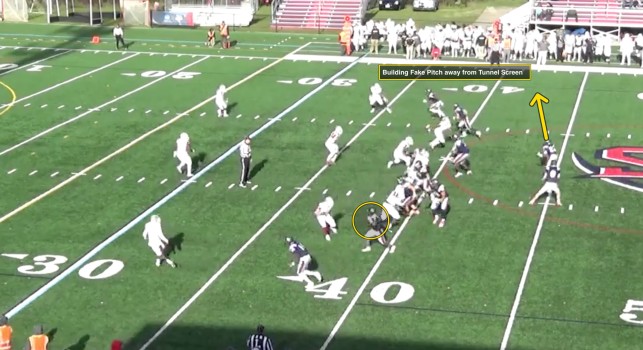 Our Tackles are responsible for the widest defensive linemen.  Let’s identify them as Des for this article.  Our Tackles will try to invite a C-Gap rush lane and “lose” in the C-Gap, but the play will end with a push by of the DE by our tackles.  If the DE attempts to cross the face of our tackle and pressure through the B-Gap, our tackle must engage the DE and collapse him inside to the midpoint of the formation. The play side Guard will pass set and release flat down the line of scrimmage and kick-out the “force” player. Our guard is taught to release flat down the line of scrimmage and identify the first wrong color jersey that shows.  We attempt to educate our guys each week on who and from what alignment the force player will be, but the path of the guard is consistent, and the force player will present himself as the play unfolds.

The Center will pass set and then work flat down the line of scrimmage turning up and looking inside for the first wrong-color jersey pursuing from inside-out.

Our backside Guard will pass set and then work down the line of scrimmage looking for the first retracing defensive lineman that has recognized the screen. All three interior linemen will initially attempt to get the interior pass rushers off balance with some variation of a “biff” technique before releasing for the screen.

We attempt to "biff" the down linemen rushing the QB.  We pass set them and work opposite their rush lane responsibilities.  As we vertical set, we allow the defensive linemen to get inside of our punch zone, so they believe they have an advantage. As they continue, we want our interior linemen to nudge them forward hoping to get them off balance and as a result, be much slower to retrace or react to the screen pass. 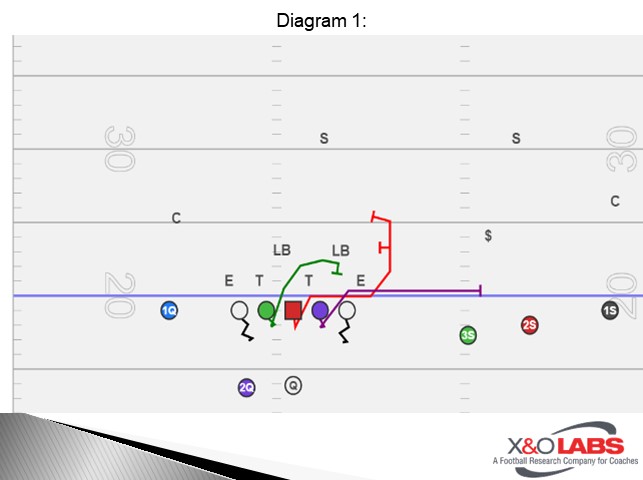 On the perimeter, our receivers are assigned specific defenders for blocking on the tunnel screen.  Beginning from outside-in, our number 1 receiver not catching the screen is responsible for the widest defender, usually the Corner. Our second receiver not getting the football is responsible for cracking the inside linebacker nearest the play side. 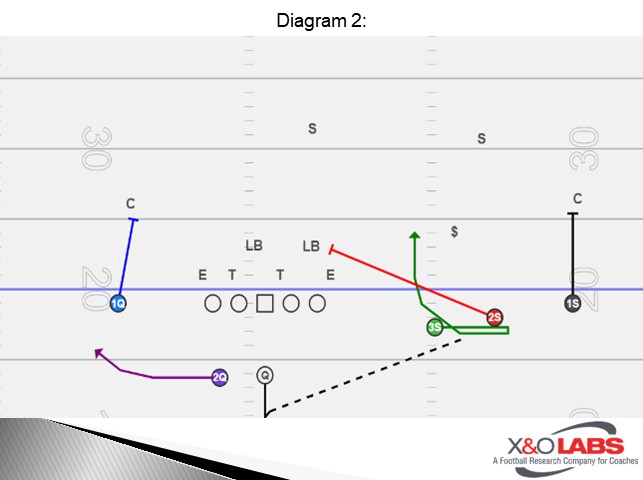