The Key Screen with Angles & Attitudes

The great thought behind key screens is that a receiver at any given moment can receive a pass even though a run call has been made. That in itself is exceptional concept because it forces the perimeter players to work. Below is a play diagram of our inside zone with a "Key" bubble screen from spread. You may notice we don’t expect our wide receivers to block on this particular surface, instead we give the QB rules as to determine a give in the run game or pull with the "Bubble Go" concept. "Bubble Go" simply means the number one receiver will run a takeoff or go route, while the number two receiver run the bubble. 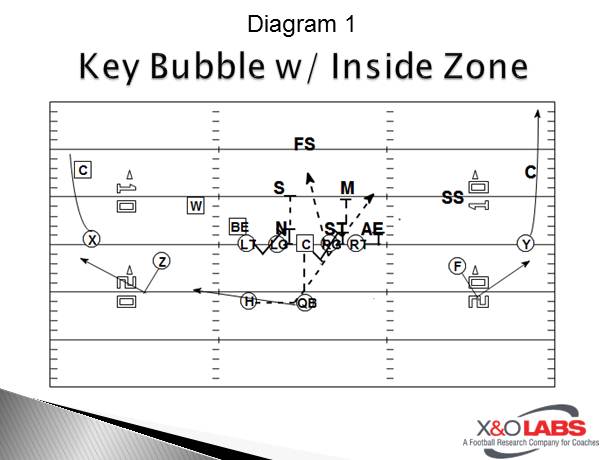 To see video of Coach Pierson’s Key Screen concept out of 2x2 and 3x1 sets click on the video below: