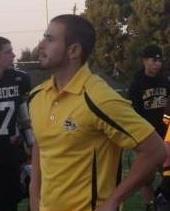 Over the past few years, we have run a variety of screens with much effectiveness. Specifically, we run your classic quick screens bubbles, and jailbreaks in addition to a slow and solid screen (shown later in the insiders version). And while I like each of these for their own reasons, I truly believe that is our offensive line play that has made these screens so effective. Anyone can throw the ball into space and win with a superior athlete, but when the linemen are able to get involved in a consistent and structured way the likelihood of success from year to year is greatly increase.

The key to our success and buy-in by the linemen is the simplicity of our scheme. Here are some of the ways that we develop this concept:

Before I getting into the nuance of the "set-ups" for each screen, I wanted to lay the foundation of our concept by looking at the rules that we use in our blocking concept.

Rule #1: All five linemen release on all of our receiver screens. For back screens, like our Slow Screen, we have both tackles high wall defensive ends and only release the interior linemen.

Rule #2: After the set-up for a particular screen, all releasing lineman open up to the playside and run flat down the line of scrimmage for a minimum of 10 yards.

I cannot stress enough how important it is for them to run flat down the line of scrimmage. Experience has taught us that it is so much easier for our linemen to adjust their path by working flat as compared to coming up field then trying to get back flat.

Rule #3: We never pass up color if someone crosses your path you pick them up. This is what allows us to release all 5, and not have to worry about penetration or end getting hands up to stop the screen. If anyone comes up the field then they will run right into one of our OL who is running flat down the LOS and we will rip and run right through him.

It is key that the players understand that they don’t get out of their assignment when the encounter someone running through. Instead, I teach them to work through him like a reach block and continue down field. This has effectively stops the defenders penetration still promotes our player getting out to his original assignment.

Rule #4: As a rules based running team, we felt it only made sense to stick with that concept in the screen game as well. To do that, we have instituted our "Out, Up, In" Rule that works as follows: 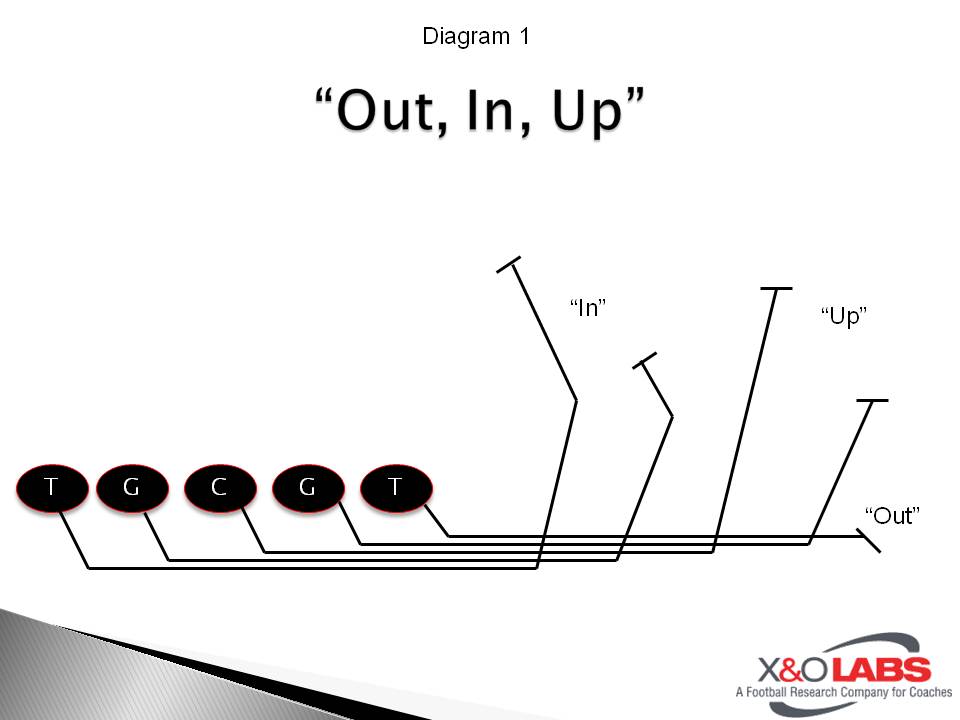 The advantage of this concept is how it adapts to any defensive call or look. This is, of course, useful since you cannot always predict the defense before the play. Sometimes our receivers won’t know who they are blocking until the ball is snapped, so by teaching my entire the lineman a concept as opposed to a man, they are able to account for any possible unblocked defenders on that side of the field.

Another advantage is that this system can account for players who get caught up on the line of scrimmage. Again, I don't know which lineman will get a clean easy release on a given snap, that's why they are all taught to run flat. Sometimes tackle gets caught up with end, keeping him occupied. And we will get guard blocking out, center blocking up, and backside guard and tackle blocking in.

With those rule in place, we can ensure that all of the screens end the same way with the same techniques. The only difference between the concepts that we run, from a lineman's perspective, is the release that they take to get into their "Out, Up, In" path. Below I have gone into more detail on how we have adapted these releases to best match our offensive style and concepts.