Square Drag/Skip-to-Hip Technique in Outside Zone

The concept of our outside zone blocking technique is to stretch the defense to get them running sideline to sideline. This allows for us to either out run them to the sealed edge, or if they contain the edge, we are able to make a cut that can hit anywhere due to the over pursuit of the defense. The techniques discussed in this report are derived from Coach Steve Rampy and Steve Wells who are at Pittsburgh State in Kansas as well as a mixture of a technique that I learned from Coach Greenwood at Jenks (Oklahoma).

The first step is critical to the covered /uncovered approach we use when teaching the outside zone. This is the simplest format to teach at our level because there is either someone directly in front of you, play side of you, or you are uncovered. Our covered lineman is only covered if the defender is head up to play side shoulder of him. If the defender is on his backside shoulder, we leave him for the next man. The uncovered lineman is someone who has nobody covering him head up to play side shoulder. 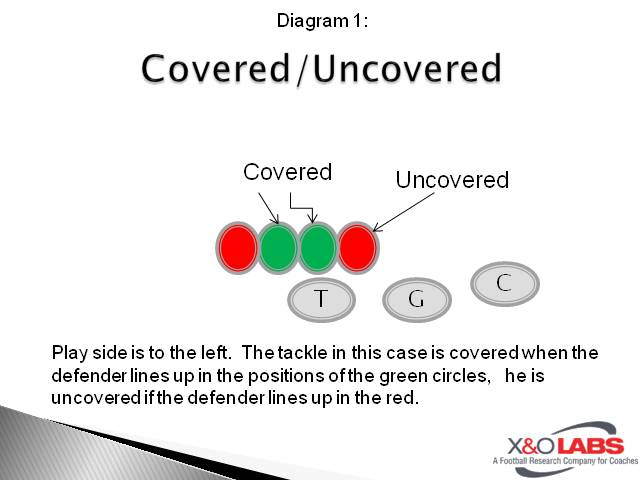 The square drag technique is one that Coach Rampy and Wells have been using at Pitt State for several years. They use it for covered and uncovered linemen. My uncovered linemen were too slow to make it to the hip of the covered lineman therefore I had to change the uncovered lineman’s technique. The square drag is a simple technique that works to gain leverage on the defender first before getting movement. The step is a 6-8 inch lateral step with the play side foot to gain leverage on the defender. The backside foot “drags” the same distance as this foot is the one you are driving off of to gain the lateral leverage. 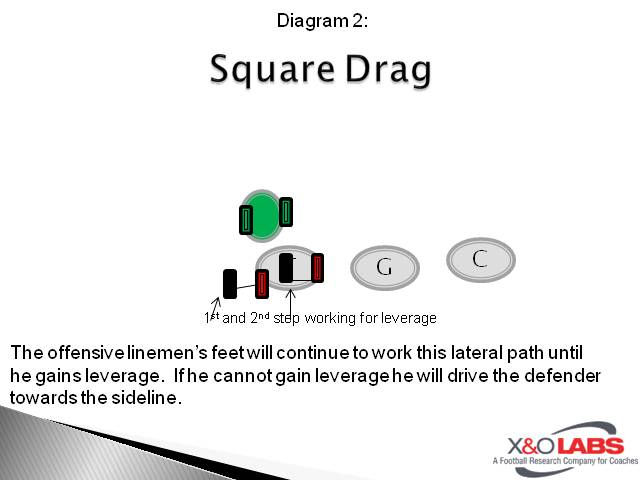