OL Footwork in Outside Zone 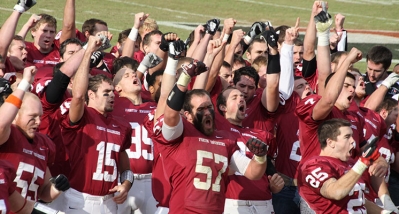 At Rose-Hulman, our offense is predicated on running simple play concepts and executing them as fast as we possibly can. As with most Spread offenses, we also want to make the defense defend the entire width of the field at all times. This is one of the reasons why Outside Zone has become a staple of our offense. We can run this concept in one direction with a Run Adjustment, such as a Bubble or Smoke screen, in the opposite direction. While I will detail our “one word play packages” in another report, I wanted to give as much detail as possible in how we block the outside zone, one of our most productive play concepts. 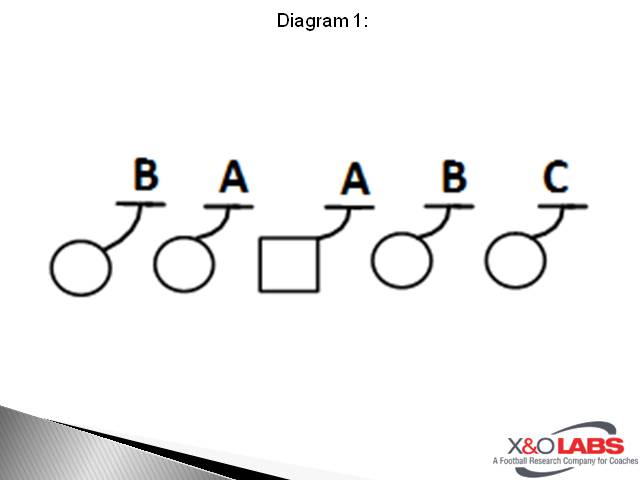 A covered Offensive Lineman on the play side will execute a reach block. We call his first step a “Bracer” step. This step gains width and depth aiming outside of the defender’s play side foot. The second step will aim down the middle of the defender. Our striking surface is a “single under (palm facing up) one hand punch with the backside arm aiming at the defender’s sternum. The play side arm should remain free throughout the entire block. Once contact is made, the blocker must work to get his pads square to the line of scrimmage. If the blocker cannot reach the defender, he will then torque the defender outside by flexing his inside oblique and taking the defender past the Read Spot.