Please Note: We've included a lot of video in this case report, it may take a few minutes for all the video to load on your computer.  Thank you.

In this case, we will present various pre-snap identification systems that coaches are using to teach their lineman who to block in the middle and wide zone run concepts.  Since defenses will stem, move and shift pre-snap, it’s essential that the offensive line knows exactly who they are responsible for by the time the ball is snapped.  While some coaches talk more about “running your track” on the wide zone concepts, others are more concerned about identifying defenders on the first and second level.  Below we present the base rules for the middle zone/wide zone run schemes and the adjustments coaches make to pre-snap movement. 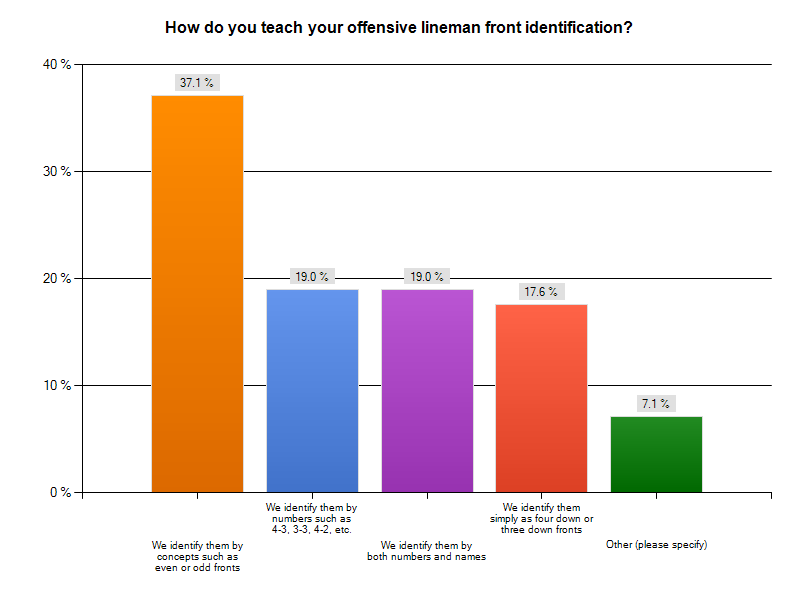 At Western Connecticut State University, offensive coordinator and offensive line coach Drew Owens, relies on the count system to teach his lineman who to block based off three different fronts- 42 Over, 42 Under and 34.  Owens believes that most fronts will fall into one of those structures below. 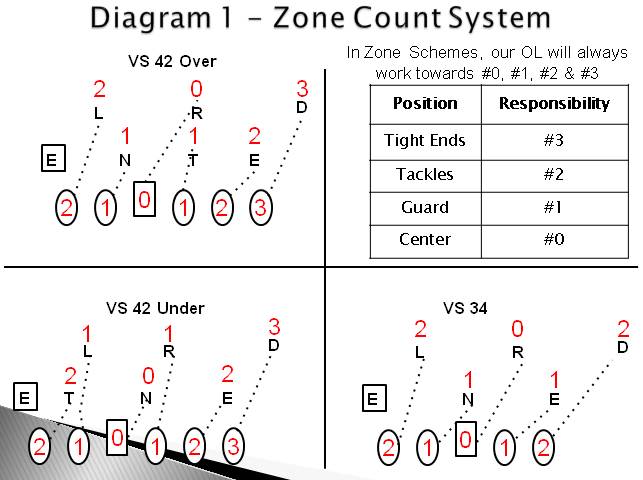 Owens described his count system below:

At Eastern Carolina University, offensive line coach Brandon Jones talks to his lineman about blocking the middle zone against only four different kinds of fronts- Nickel, Odd, Stack and Even.  Since the Pirates are mainly a 10 personnel team, the box is using clean enough where the lineman can make one of four calls.  Below is how he blocks the play based on the front. 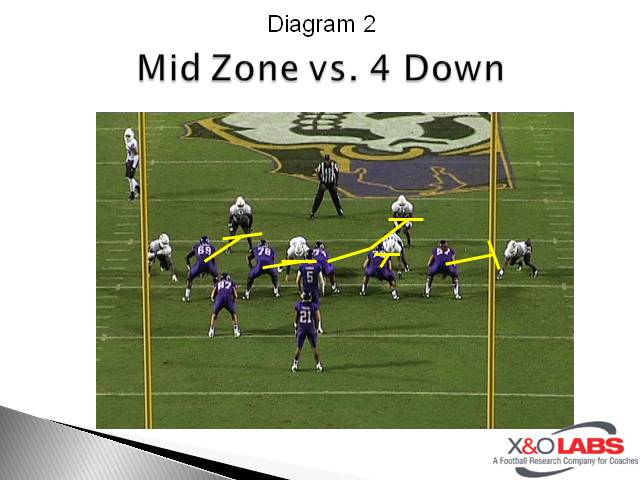 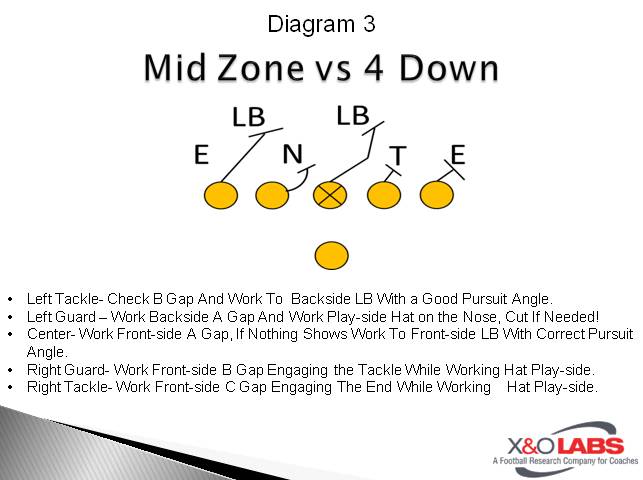 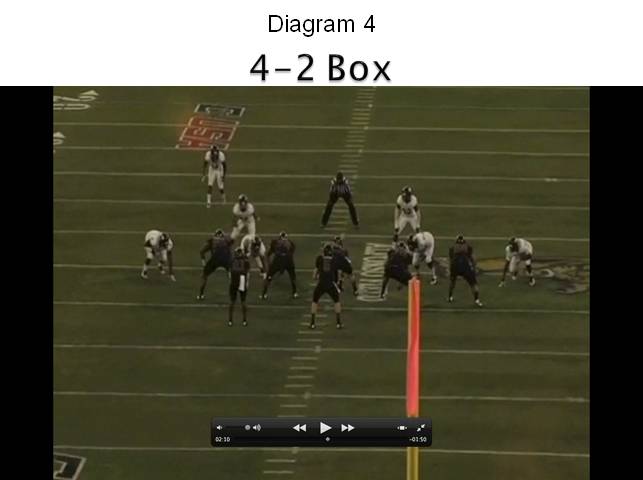 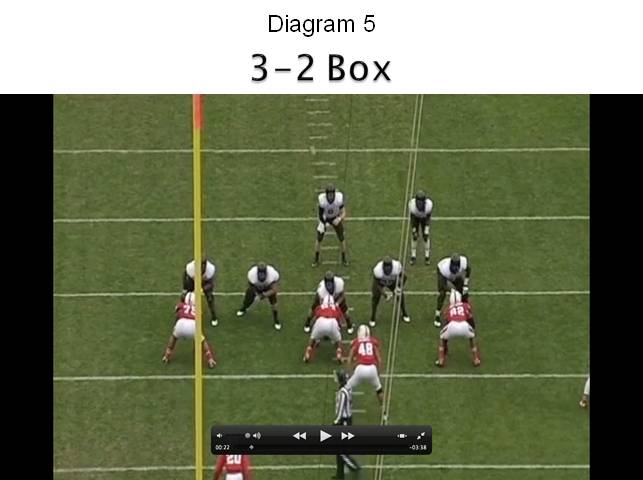 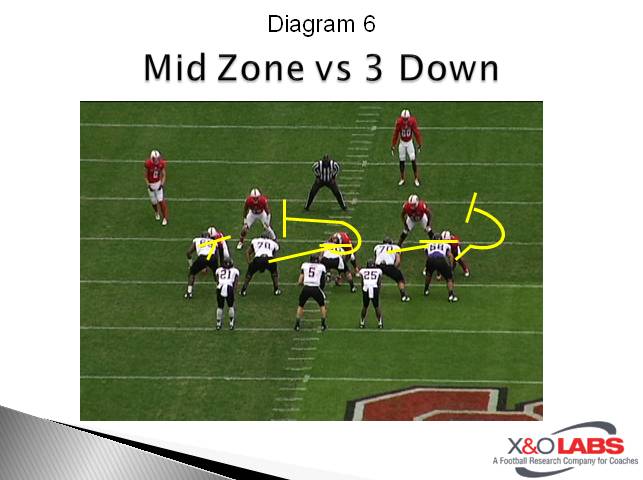 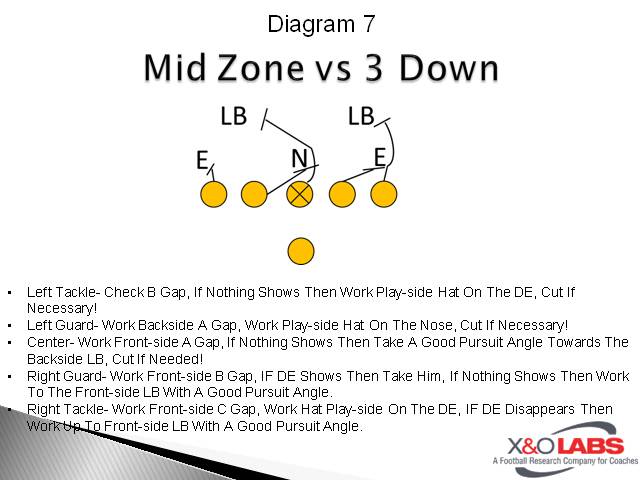 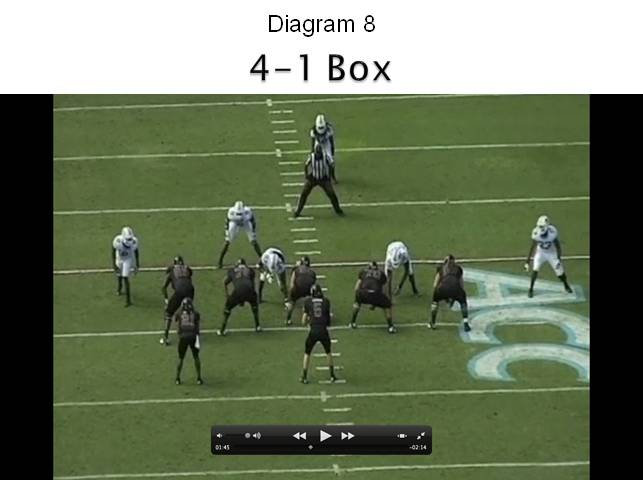