11 Build-Ins to Protect the Wide Zone

If you run the wide zone concept as long as Coach Codutti has, chances are you’re going to need to protect it. He self-professes that he “lives and dies” by this concept and as a Pistol and under center outfit, the wide zone is the bedrock of his offensive system. As he tells us, he doesn’t work any double teams or pulls in his system. Everything is based off wide zone. “We just get good at hooking (front side) and cutting (backside) defenders,” he told me.

Fulshear is not a tempo team, so he doesn’t track the zone. Instead, he relies on teaching a numbers system. “We talk about 1, 2, 3, and 4,” he said. “The offensive line is responsible for first linebacker weak if we’re running wide zone weak. If we run wide zone strong, the offensive line knows we are in charge of number two because the FB/TE is responsible for number one strong.”

While the objective of this report is to present the solutions that Coach Codutti uses to protect against common defensive answers, we thought it necessary first to provide an overview on how he teaches the wide zone concept.

No Combination “Capture the Nipple”

Much of his frontside blocking premise lies in what he calls “capturing the nipple” of the defender.  This is used when there is no combination needed. The objective is to capture the play side of the defender and define the read for the ball carrier. 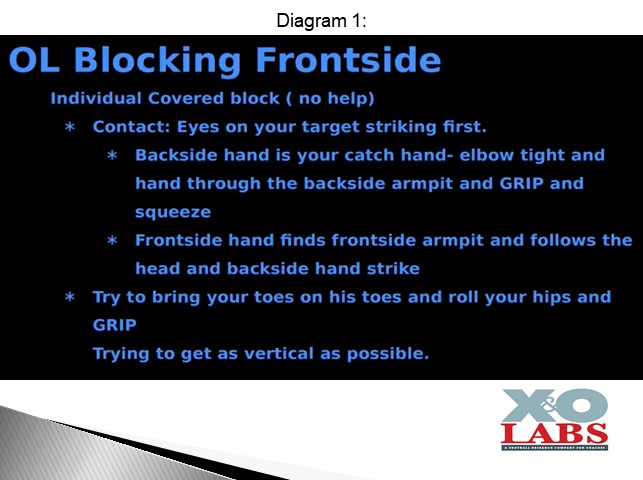 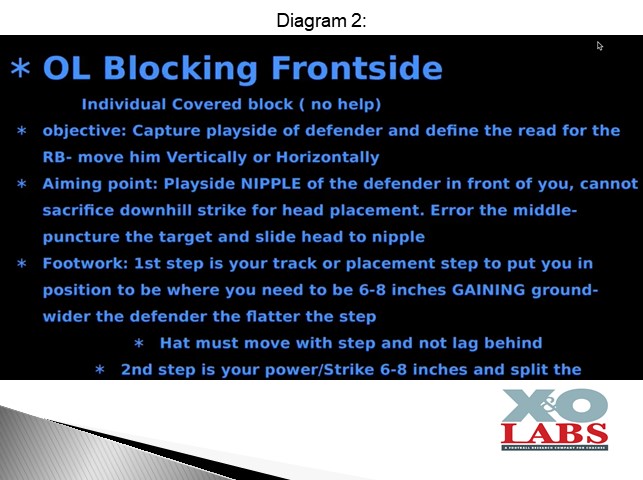 When teaching frontside combinations, the intent is for covered lineman to not get beat away from their help. The hat placement is still the play side nipple, but the emphasis is teaching a strong inside hand, which controls the defender from falling back inside. “We talk about locking the elbow and vice gripping the hand on the ribs.” 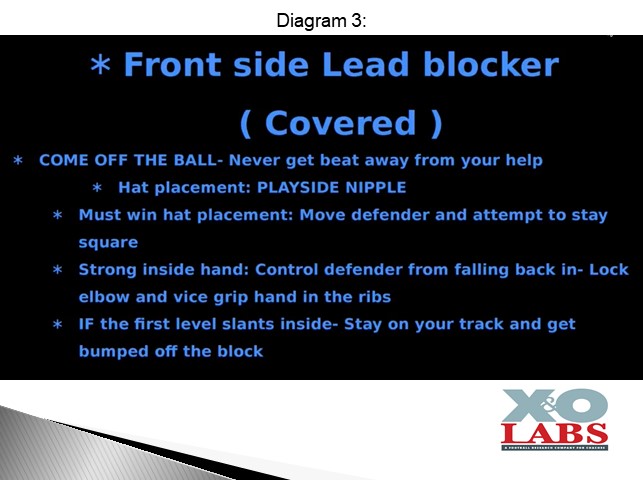 The trail defender in combinations is tasked with responding to three different reactions that a defender can present. 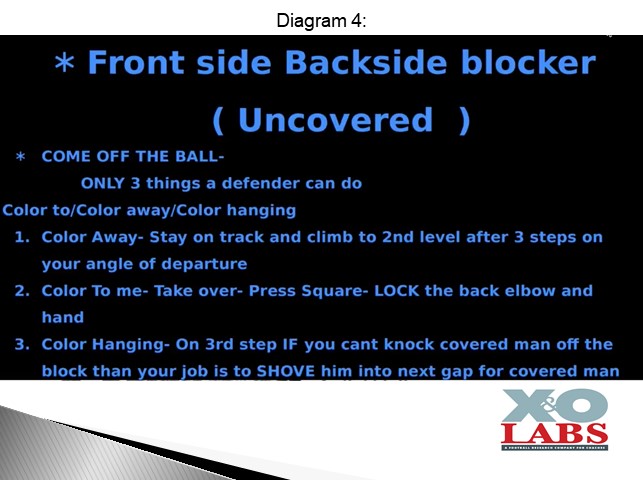 We talked about the importance of a strong inside catch hand in combinations. The strike comes from the backside hand and the screws of the helmet, not the frontside hand. “We have to make contact with backside hand,” he said. “If linemen know they have help on the backside, the backside becomes weaker because they don’t use the catch hand.” Either way the uncovered lineman must make contact in three steps.

While some coaches shy away from cut blocking on the backside, Coach Codutti believes in a “cut at all costs” philosophy. The objective is to get the defender on the ground to eliminate pursuit and define the running lane for the back. The contact is the play side thigh pad of the defender (he calls it biting the apple of the play side knee). 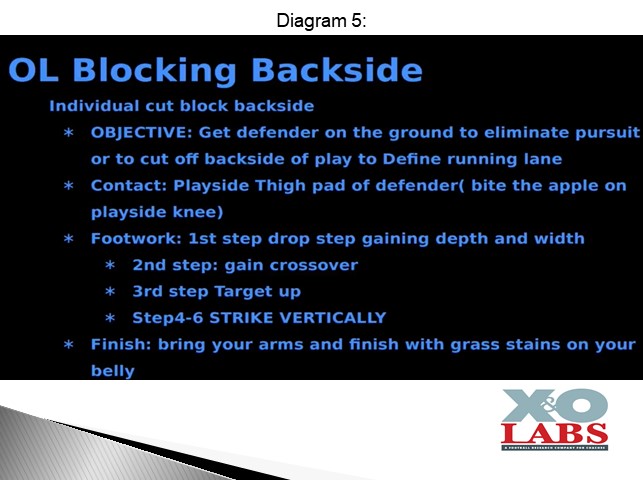 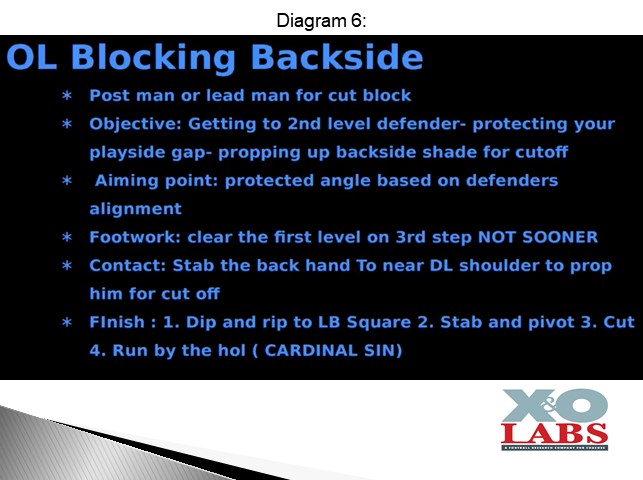 In his system, cut block are so defined that he separated them into three levels:

Level 3- Fireman carry. Run and grab the front side shoulder and drop

Determining which of these techniques to use is completely predicated based on the leverage of the backside linebacker. He talks about desiring straight lines to his targets. If a defense slows down, the offensive line should not.

Coach Codutti talks about the five step rule when teaching the ball carrier how to tempo the wide zone. He believes that footwork timing should put him on track to either give him a bounce read on the perimeter or a cut read upfield. “We see this play as a whole big dance,” he told me. “If there is no penetration, he will easily get five steps. If there is penetration, he will need to put his foot in the ground and get vertical right away. He will cut off that step every time. By then the gap has either been moved on that fifth step or someone has been hooked on that fifth step. Against a tight (Mint) front the ball will hit in the C gap, and against an Even front the ball with hit in the A gap.” 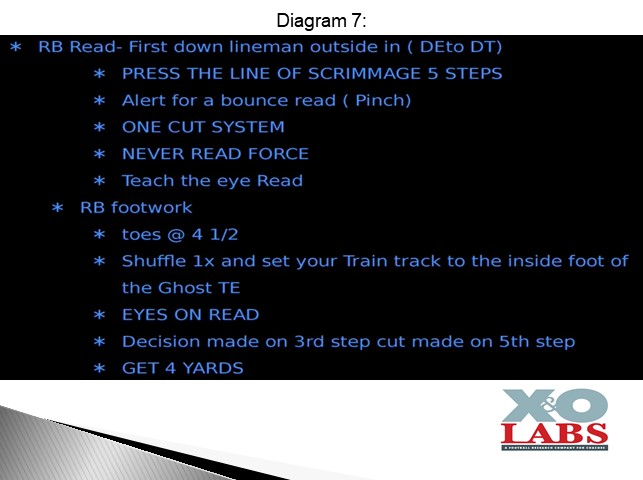 While some coaches preach an A gap entry point, Coach Codutti doesn’t for fear of the risk of pre-determining anything. “Most kids want to bounce the ball or cut it back,” he said. “If I tell them it’s an A gap play most of the time they will look to cut it back. We’re cutting the backside A gap anyway so the majority of explosive plays happen off Center.” 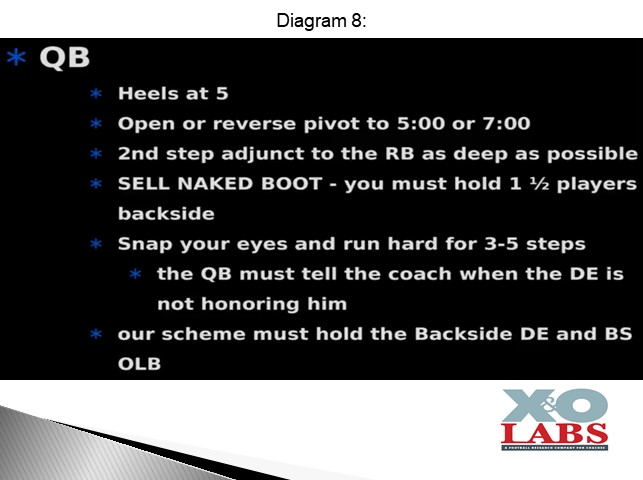 Now that the bones of how Coach Codutti teaches the wide zone are explained, the next challenges come with working to protect it from the five common cancellers defenses will use against it.