Editor's Note:  Long time NFL coaching veteran and Winnipeg Blue Bomber (CFL) offensive line coach Bob Wylie details two of the more prominent two-back run concepts that have been a successful complement to gap run schemes in his tenure.  The video at the end of this article is from the COOL Clinic and contains Coach Wylie's complete clinic talk on this concept.  This years COOL Clinic will be held this year on May 20-21 in Cincinnati, OH.  We hope to see you there! 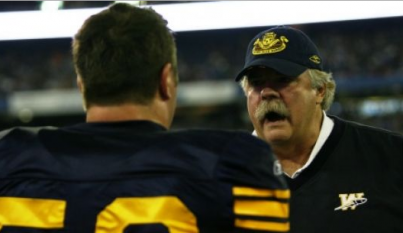 When I was with the Chicago Bears we ran a play that we called 26 Duo. We wanted to figure out how we could get the backside linebacker blocked. This was not a new play. We still wanted to maintain some type of consistency with the back, and how he should read the blocking. The Duo stands for two double teams. Jim McNally came up with the term. We wanted to get two double team blocks where we could. (Diagram #1) Sometimes, if you had a third tight end, you could get three double teams. 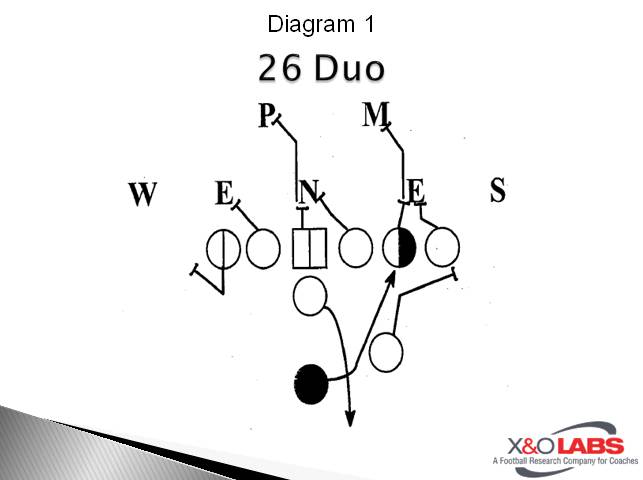 I want to draw the play up against the 3-4 look on defense. We are going to double team, or team block the 5-technique to the front side linebacker. (Diagram #2) The inside post man is going to take a short jab step, and his second step is coming up the field. The tight end is galloping into the line of scrimmage. We are getting hip-to¬hip with the tackle. We are going to double team block on the 5-technique straight back. 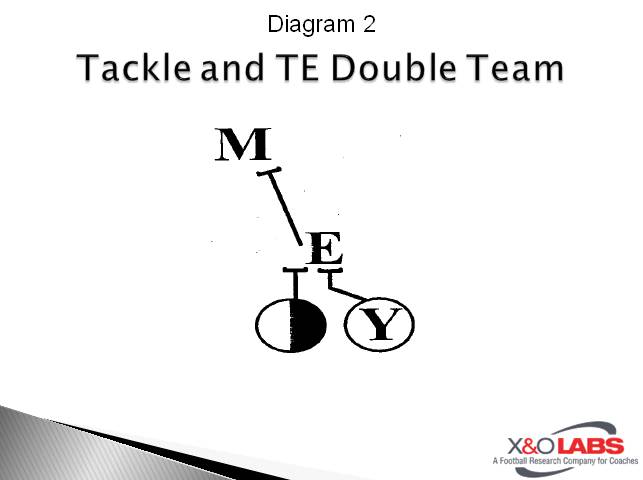 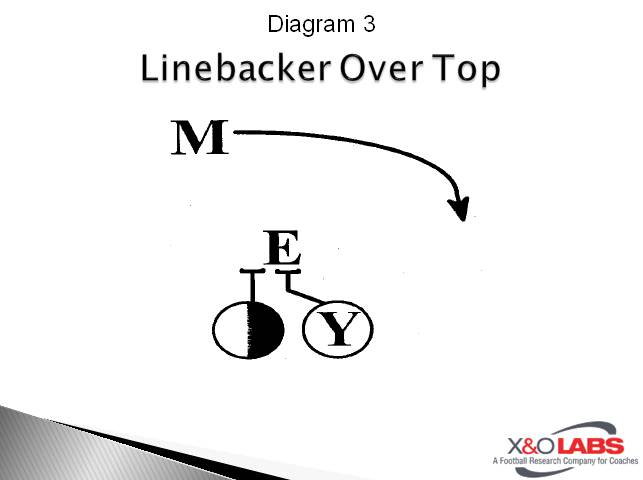 The ace block between the center and the guard is a double team block on the nose guard to the backside linebacker. (Diagram #4) It is the same steps that everyone else teaches on this play. It is a short control step, with the second step down the middleof the defender. The center may take a little more of the nose man. The guard comes down on the nose man and stays square, and drops the inside arm and knocks the nose guard back. He is looking to see what is happening with the Plug or backside linebacker. 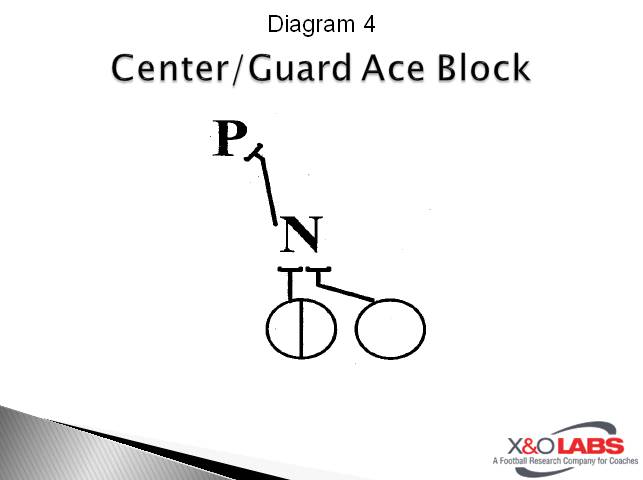 We use a read out technique on the backside. The left tackle posts the defensive end with his eyes on the Will linebacker. Here is where the play changes. (Diagram #5) The left guard picks his outside foot up and puts it back down. He takes the inside foot and he actually crosses over on his step toward the defensive end. The guard and tackle form a wall that looks like a solid line on that side. 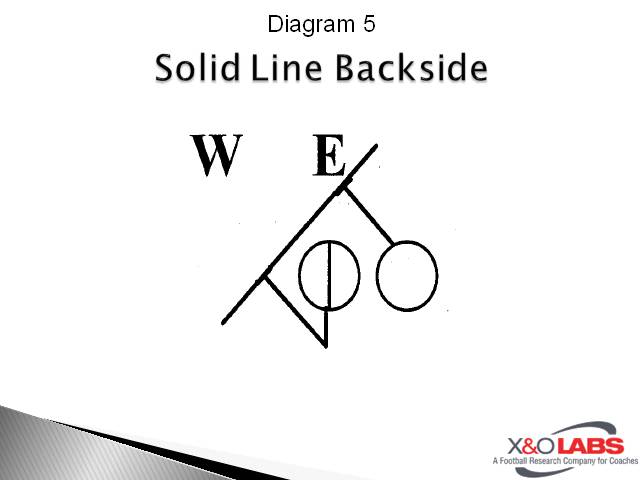 If the defense runs the Giant stunt, they would get picked. On the Giant stunt the end goes outside and the Will linebacker comes inside. (Diagram #6) This allows the guard to climb and pick up the Will linebacker. If the Will is coming off the edge then the end is more than likely coming inside and the guard can still block him. So, if the defense wanted to run the Giant Stunt, we could handle the stunt with the way we blocked on the play. 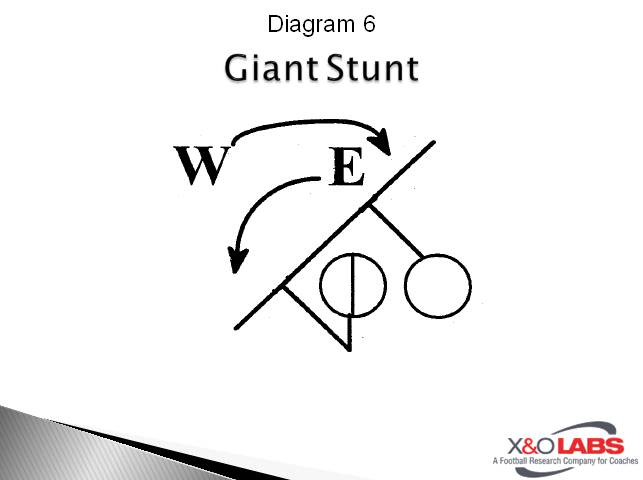 Here is the key to the play. We did not read the down blocks. We read the linebacker. (Diagram #7) We are reading the Mike backer here. If the Mike goes over the top, or stays where he is, we told the back he could cut the play back inside just like the zone play. We stressed for him to press the B-gap. 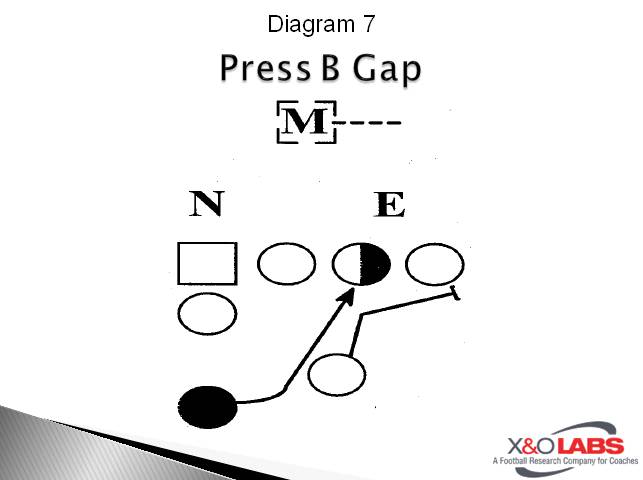 The Fullback bocks the play the same as the power play without the pulling guard. He runs a drop step, crossover, and plant step.