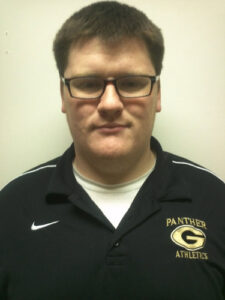 Editor's Note: Curtis Peterson recently was an offensive line coach at Glenbard North High School in Illinois. Before that, he was the runningbacks and linebackers coach at Crawfordsville High School in Indiana. He recently relocated to Indianapolis and he is the publisher of Strong Football. You can follow on twitter by his handle, @CoachCP.

I've been a big proponent of the I formation for many years. Until recently, I was opposed to the offset I formation though, because of the tendencies it offered a defense. I can now say I am a proud convert. At Glenbard North, we utilize the offset I formation out of 20, 21, and 22 personnel. To make the I formation more effective, you need to use the fullback to your advantage. There is a big belief that, besides maybe inside zone, if you follow the fullback post- snap in the I formation, he will take you to the play. There is also a common belief that you can look where the fullback is offset pre-snap and bump to that side because the offense will likely run it that way. As an offense though, you can use that myth against defenses. This report will show some of the ways that teams I’ve been a part of have kept defenses on their toes by being creative and efficient with fullback movement, both pre and post snap.

Maybe the most common split flow play is inside zone. Inside zone rules vary from team to team. Many teams have rules based on whether or not their play side teammate is covered and uncovered, and other teams have designed "tracks" to run no matter what on inside zone. In addition, some teams use a count system. Regardless, one similarity for most teams that run Inside zone is that the fullback is responsible for a backside defender. I've run Inside zone where the fullback kick outs the backside end man on the line of scrimmage (EMOLOS), and I've run inside zone where the fullback blocks the backside inside linebacker. Both schemes work well, as shown in diagram 1. 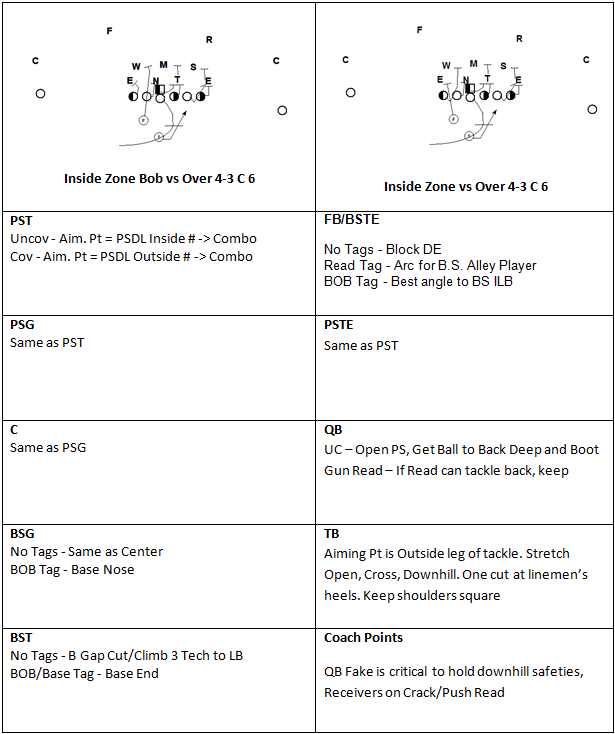 Overall, Inside zone therefore presents the I formation with a great asset, the ability to separate the flow of the tailback and the fullback. Teams that spy the fullback will be flow the wrong way with their initial steps, often making the defender quickly "over flow" to recover. This is ideal on inside zone, because when the linebackers have their momentum too far to the play side, the tailback can cut up to the weak side A/B gap (commonly known as the "back door" on inside zone) for a large gain. For this reason, inside zone is top fullback tendency breaker.

Another split flow play is Dart. Dart borrows its blocking scheme from Iso, with the only changes being the tailback's steps, and the fullback and backside tackle exchanging responsibilities. As you can see in Diagram 3, everything else is the same. The tailback sells weak side iso before bending back to the strong side. The pulling tackle would treat the pull in the same way the backside guard does on Power. Just like on Iso, the quarterback needs to make sure he doesn’t "push" the tailback off his path. This play is fantastic because it allows you to attack downhill quickly while giving the split flow. Also, because the initial same side flow of the backs, you will provide an "open window" that will likely get ignored by some linebackers where they would typically blow it up. It’s this open window that the tackle pulls into, typically giving him plenty of time to get to a second level defender.