At Chaffey College, we do our best to be in offensive sets that complement the skill sets of our players. We try to take advantage of the strain that 11, 12, and 21 personnel looks, put on a defense. We are huge believers in running Tight Zone as a base run play. The flexibility to align and move Tight End's to various positions allow for variability within the concept while keeping the offensive line's responsibility simple. 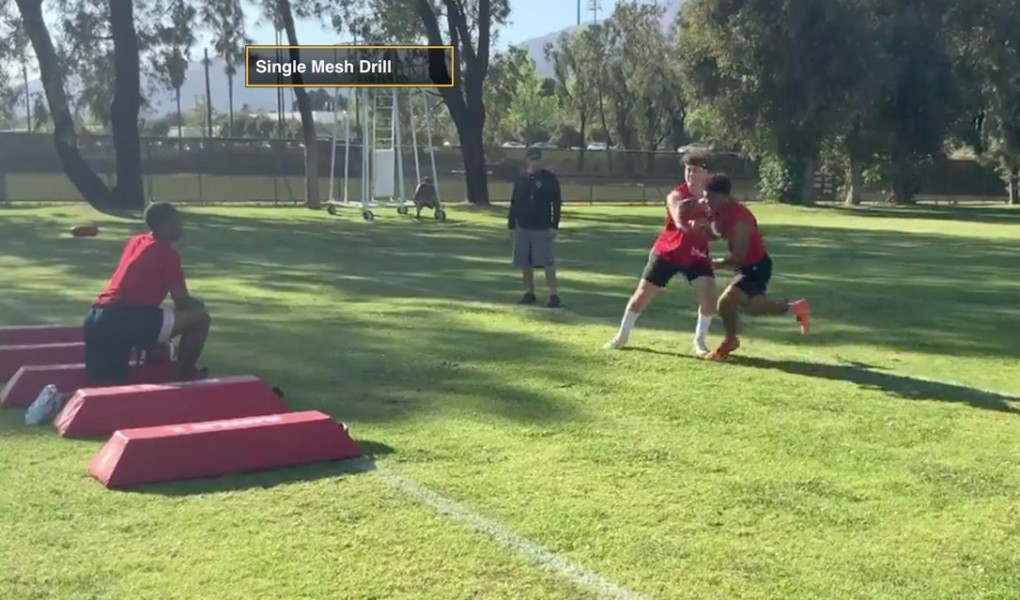 The focus of the report is the Quarterback’s decision making. I however want to briefly explain some details of each position.

Offensive Line: The primary goal of the offensive line is to vertically push the defensive line and get bodies on the 2nd level players to give the running back vertical seams to run through. The offensive line's first step and working to get vertical with double teams are two of the most important techniques. Each offensive lineman will generally take the same step, but the steps may adjust slightly based on the different alignments each player may see. 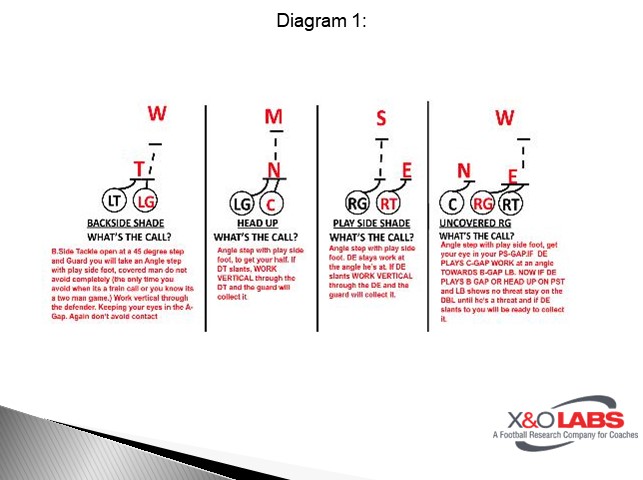 Running Backs: The running back is critical to the play as he is responsible for working with the double teams and not against them. The running back has 1st-level keys and 2nd level keys. On the 1st level, we are identifying pre-snap what front we see. We expect vertical or lateral movement based on the alignment of each defensive tackle. On the 2nd level, we are looking for fast-flow or slow-flow based on alignment. The running back’s eyes will start on the 1st defensive lineman playside of the Center. He will “Bang” it front side, “Bend” it backside, or “Bounce” it outside.  One of the biggest coaching points is that the running back is patient and makes his move into the line of scrimmage. This helps the angles for the offensive line’s blocks.