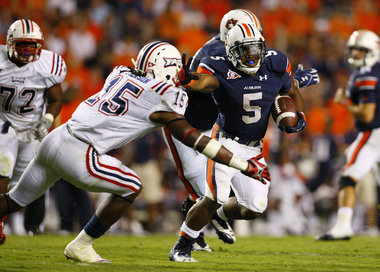 One of the more popular Double Pull run concepts that has started to gain traction among Spread coaches is the ageless Buck Sweep, first originated in the days of Tubby Raymond and University of Delaware units. What once was purely a two to three back run concept has found itself into the menus of many Spread-based systems including Auburn University head coach Gus Malzahn who has been using the run since his days at Shiloh Christian High School in Arkansas. At it’s core the Buck Sweep toes the line between a gap and man run concept that combines crack and down blocking at the point of attack with the pulling of both guards (Diagram 78). Now after conducting extensive research on this concept, which we present below, we did find that some coaches are shifting from the traditional means of crack blocking into more pull/kick elements. 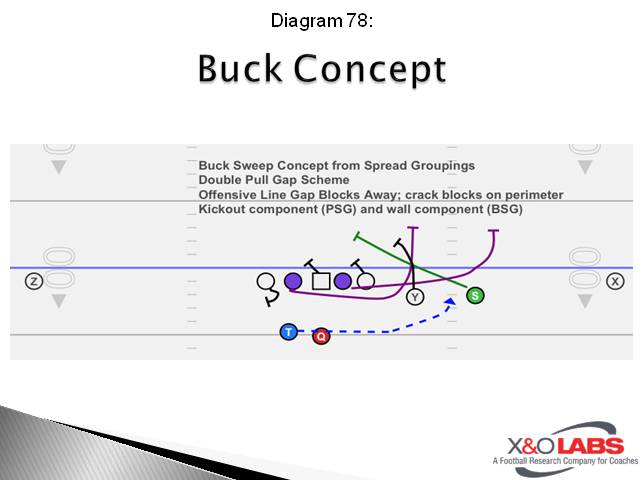 According to our research, we found that 41 percent of Spread coaches run the Buck Sweep as part of their run game. We did notice that this concept continues to gain popularity considering the success of programs such as Auburn University, Clemson University and the University of Mississippi, which use this scheme frequently as part of their offensive arsenal.

In this case, we present our research on the varying blocking assignments of the scheme, how coaches are formationing the concept to attain optimal results, the preferable QB/RB alignments and mesh points, the technique behind the crack and pull blocks as well as the Read concepts that coaches are using off the base run.

As mentioned previously, we found a discrepancy between coaches that decide to use crack blocks at the point of attack in their Spread sets and coaches that don’t. There are, of course, Coach Raymond disciples such a George Najjar the former head coach at Sayreville High School (NJ) who choose to formation the scheme to outflank the defense which may alleviate the necessity of a kick. There are others like Mike Schmitz, the offensive coordinator at Ohio Northern University, who feel that the block of the H on the crack “ignites the scheme.” Below are the general blocking assignments on the Spread Buck Sweep concept from various contributors.

Ohio Northern University: (Diagram 79 and 79A) 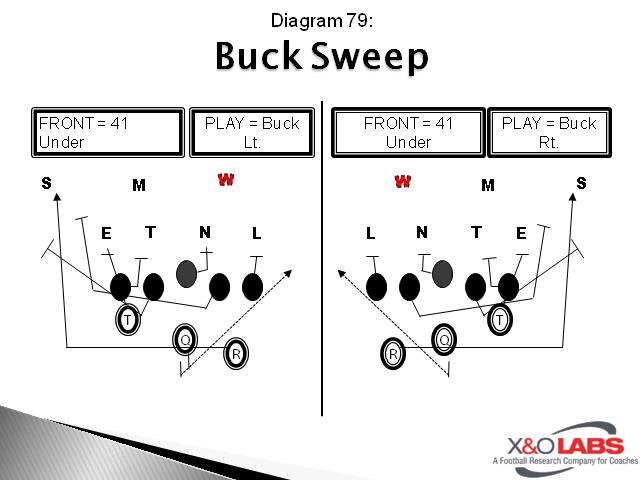 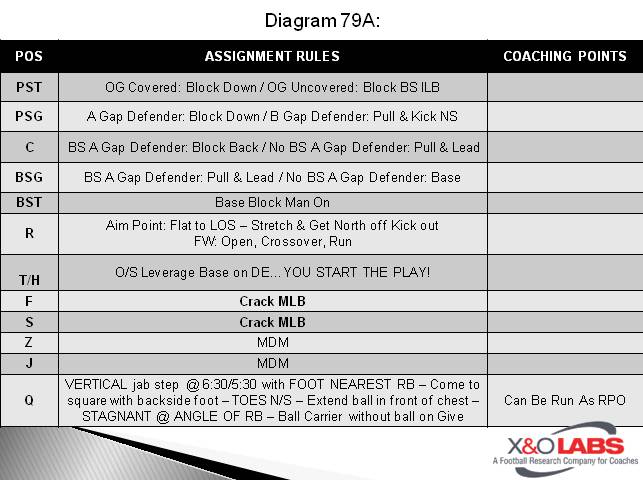 BST (back side tackle): Base or cut backside 3-technique.

H (or tight end) Block - outside leverage base block.

Jeff Conaway, the head coach at Shiloh Christian High School (AR), studied under Coach Malzahn and he feels that Buck Sweep is another “downhill attitude” play in his system, particularly if the defense is attempting to crowd the box. Below is how Coach Conaway blocks the concept from his Stack formation. He calls the concept “Steeler.” 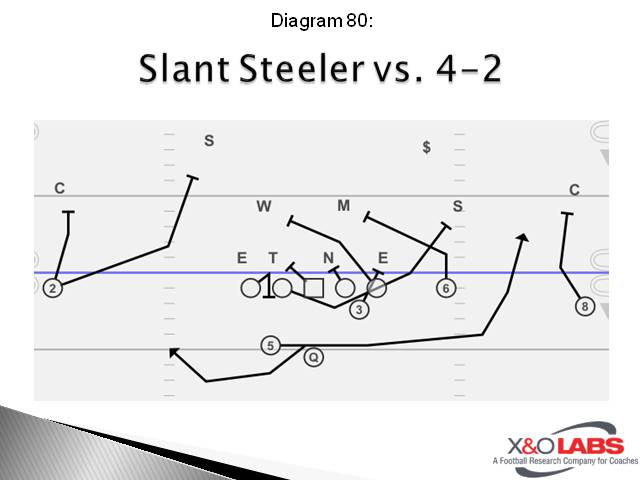 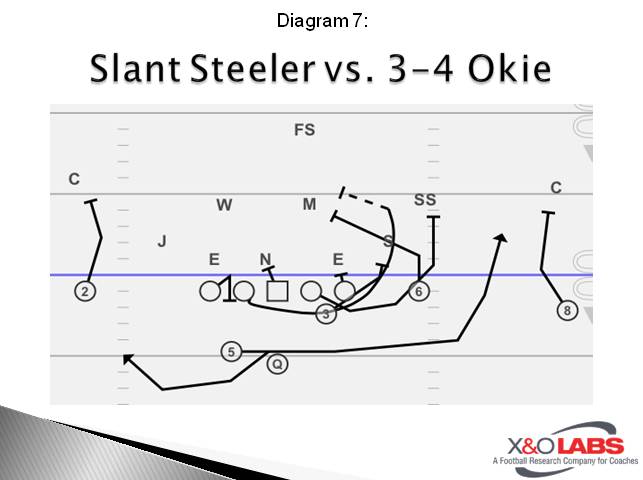 X: Split: Top of the numbers (as tight as 6 yds. from tackle) dig out backside flat defender.

H: Alignment: Rip/Lip; Attack the midline of the C Gap defender, working to seal. Must not give up any penetration or allow C gap defender to stretch it horizontally.