During my time at Lake Forest College, we had only a few things that were guaranteed. One was we were going to run the football effectively and the other was we were going to do that while running Pin/Pull. Head Coach and offensive coordinator Jim Catanzaro implemented the Pin/Pull as their outside run play when he took over in 2009. This play has allowed them to shorten down the edge with down blocks and given space for pullers to get the alley defenders. At the time Lake Forest had bigger backs with less speed to threaten the edge so this scheme allowed them to attack the line of scrimmage quicker. Lastly, the down blocks are very similar to power and counter gap schemes so it was far easier to install Pin/Pull than a more traditional stretch outside zone.

It's important to note that in any of these big personnel pin and pull concepts, the ball carrier’s initial landmark is the outside leg of the first tight end. We usually try to keep it tight rather than spill wide.

As with everything in football there are always adjustments and adaptations being made to plays and we felt like running a tight formation for our Pin/Pull would be a necessity moving forward. We felt like we had a strong, athletic offensive line to pair with physical tight ends and running backs that would hit the hole and get vertical before worrying about running horizontally. We also felt that by certain defensive structures we knew that the alley player would end up being a smaller corner or safety. That put us at an advantage to having our pullers against that defensive back. Those are matchups that we would much rather have. Because of these things we decided to adapt this play to be run from a tight bunch 13 personnel. 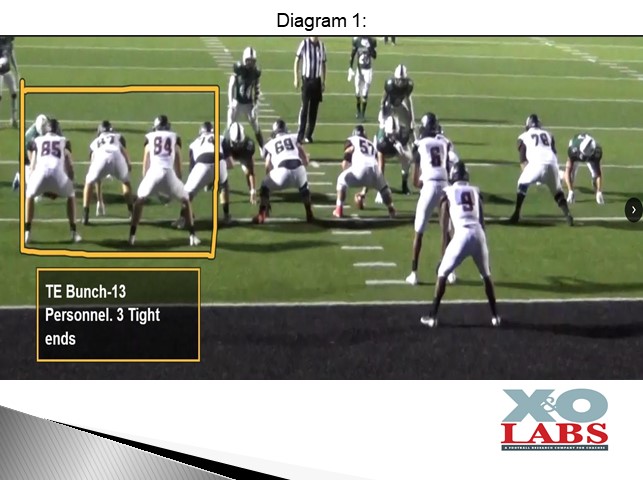 We also used it in 22 personnel groupings 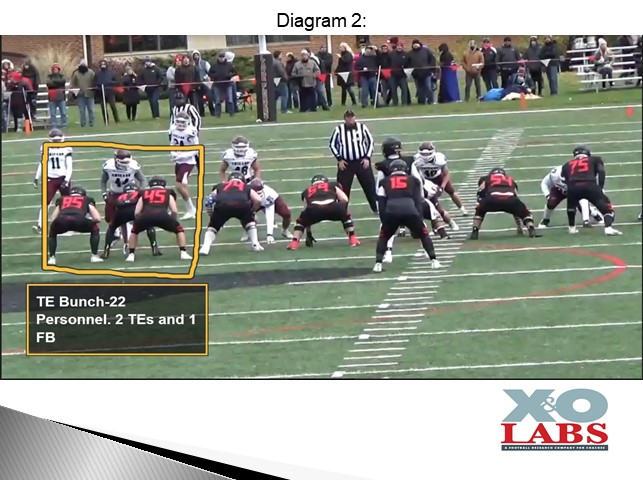 We knew that if we came out in a bunch look with our best WR isolated away from the bunch we would get either numbers to the bunch or single coverage on the WR. To us, that was like being a kid in a candy store. We would get the matchups we desired and we could take advantage of the fronts. This is also a great formation for short yardage as we would get more of ours to the party than yours. This was especially helpful since we would pull players out in space and force the defense into bad situations.

When we are installing and working on pulling the easiest and best drill we can do is having the defense line up and our players make their proper calls based upon the defense. That way we know what to expect from certain fronts and we can get all players involved in the action of pulling downfield. At the college level we are allowed to cut in open space and we will have every player work on cutting the defender by using a tackling ring. I have found that if every player knows how to cut it will then be up to their discretion to use that skill or not. Some players are far more comfortable with cutting than others so they are allowed to choose. We also would work down blocks almost every day. This was an incredibly important block in all gap schemes and we felt that if we could master the down block the rest of our schemes would benefit.

Our two coaching points for the down block are as follows: 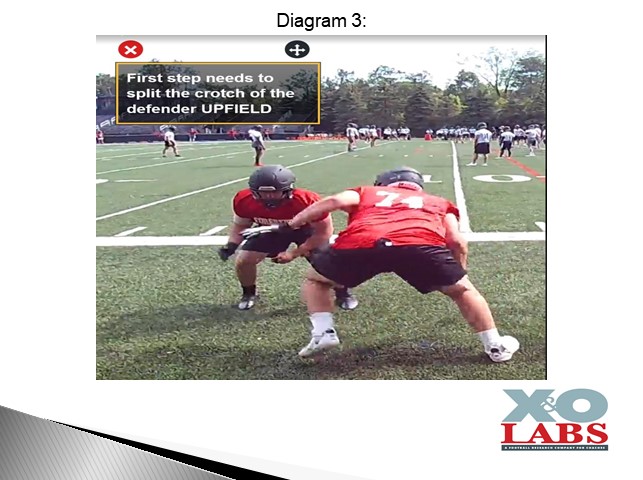 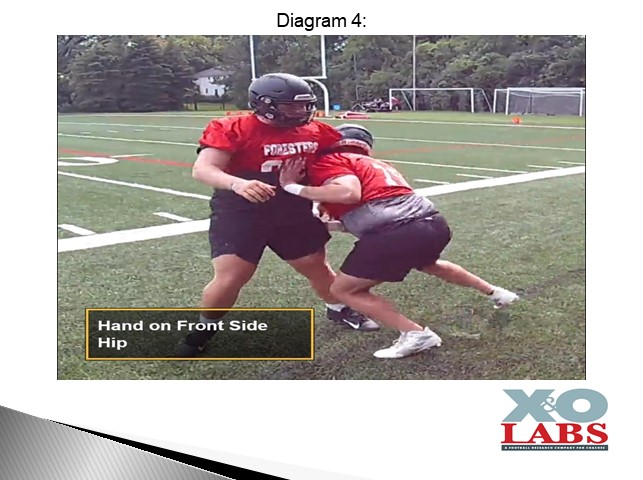