Play Side Build-Ins to Protect Pin and Pull

At North Dakota, the pin and pull concept was established out of necessity. With two athletic tackles and an all-conference Center, the Fighting Hawks could body people up on the perimeter. They also had an experienced back who was able to make one cut and get north to south in a hurry with an immediate entry point. The scheme provided a complementary rhythm to an outside zone scheme where there could be various entry points. The line and back combination helped produce 184 yards a game on the ground and the pin and pull was a big reason why. But in 2021, the injury bug infected the Center position, limiting that player’s ability to pull. The staff didn't want to abandon the concept that garnered so much success, so under the direction of offensive coordinator Danny Freund and offensive line coach Joe Pawlak (a former lineman himself), the offensive staff were forced to be creative in how they designed the concept. This report will focus on how the offensive staff built-in play marriages at the line of scrimmage to combine its pin and pull with gap schemes. “It became a great complement to power,” Coach Pawlak told me. “You’re showing an inside downhill run action but then you’re bouncing it outside. These things helped us."

Base Pin and Pull Identification and Rules:

North Dakota calls its base pin and pull scheme “18/19.” Coach Pawlak teaches the play like a true outside zone scheme, where non-pulling linemen are asked to reach their play side gap defender. That includes a play-side Guard against a first-level B gap defender. “To me, it's an easy block for a 3-technique to reach that B gap defender than for a Tackle to pin it," Coach Pawlak said. "Oftentimes the Tackle gets beat over the top and that dents the play. We can always get beat inside because we’ll be on the edge already. But we can’t get beat over the top.”

Quite simply, if you’re covered reach the play side gap. If you’re uncovered, pull.

The base rules of the concept are below: 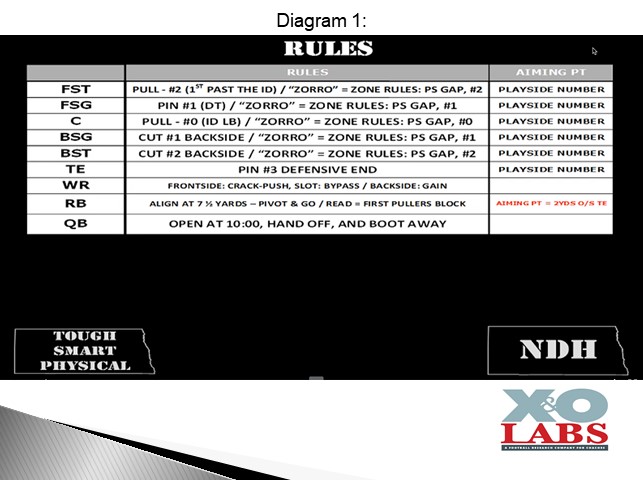 In either case, the objective is to get the play side Tackle and Center out. Who they block will depend on the front, but the first puller is responsible for the first defender past the identification while the second puller is responsible for blocking the identification. In North Dakota’s framework, in a two-linebacker box, the play side linebacker is the ID, while in a three-backer box the middle linebacker is the ID. Coach Pawlak wants his Center to pull as much as possible. “If you have a fast flow downhill defender, we try to cut him down,” Coach Pawlak told me. “If he’s setting the edge, we try to reach his play side armpit and stay up. We only cut downhill defenders.”

Below is the various identification communication Coach Pawlak and the staff use to block pin and pull based on the various fronts it sees every week. 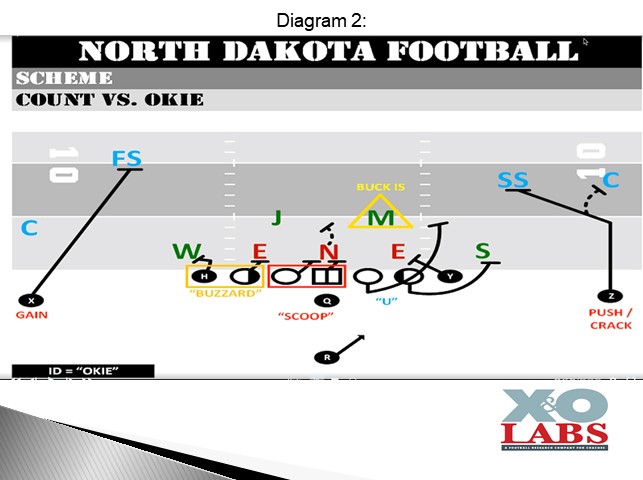 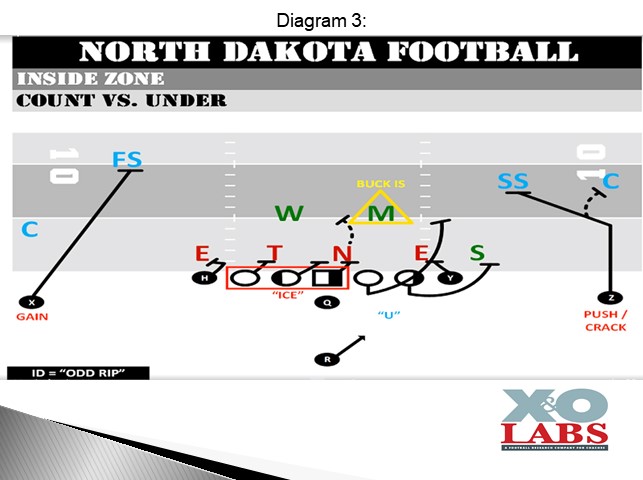 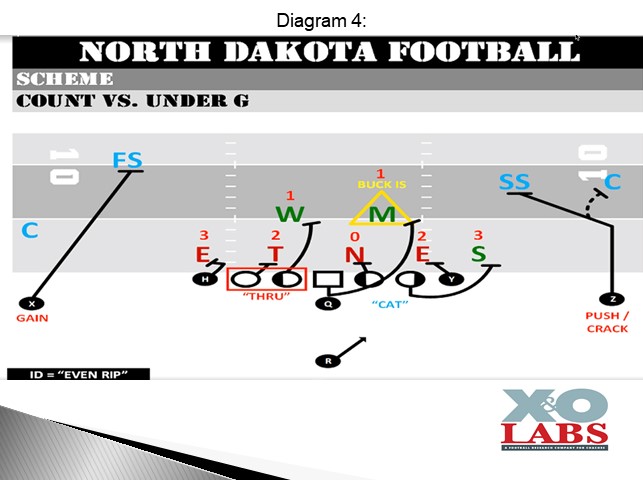 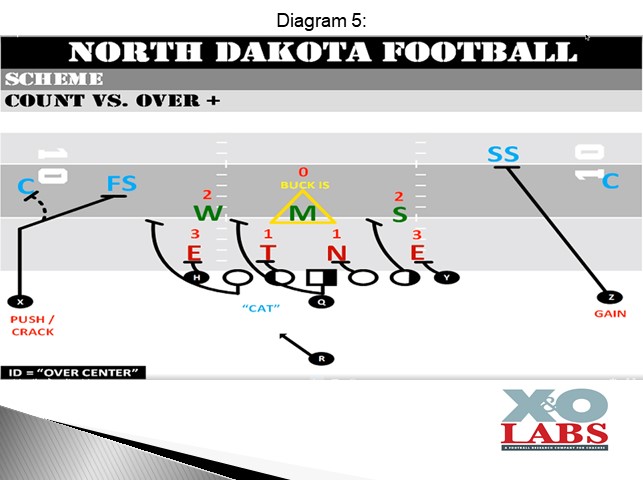 The remainder of this report will focus solely on the build-ins North Dakota uses to maintain leverage play side in its Pin and Pull concept.