Like most innovations in football, this one happened as a result of consequence. It was week two this season and while the Huskies were riding high off a win at Georgia Tech where they rushed for over 200 yards. But coming into the Wyoming game, the offensive line was struggling with getting the backside cutoff in its premier run concept- the four surface pin and pull. 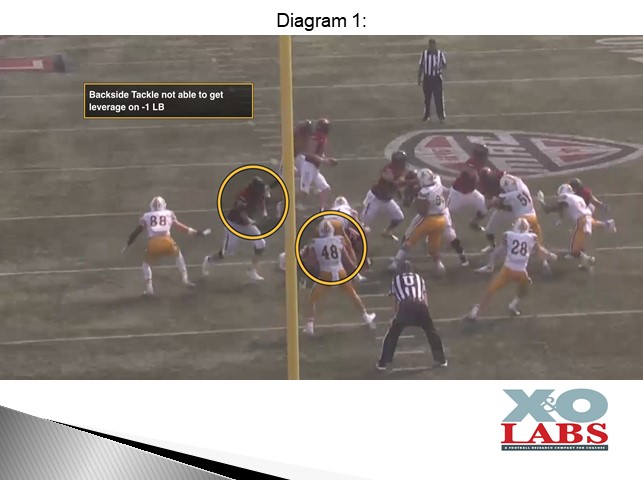 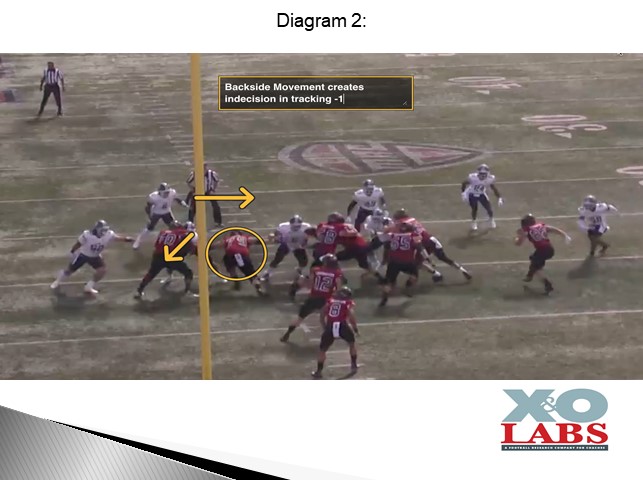 So, when the offensive staff under the direction of offensive coordinator Eric Eidsness were prepping for Michigan the following week, the decision was made to man the backside of the concept and add an extra puller to the play side, be it the backside Guard or Tackle. How that player is taught to find and block his assignment will be the focus of this report. But, first, it's important to understand the structure of the four-surface pin and pull concept and why it’s been so effective in the Huskies menu this season.

Coach Eidsness has Missouri Valley conference in his veins. Having coached at South Dakota State University for 13 years, he’s familiar with the heavy personnel run game used in that conference. And 22/13 personnel run game was one of the first implementations he brought with him when he made the move to NIU in 2019. One of the advantages of these personnel groupings he told me is the ability to create walls to the play side with heavier run surfaces populated by additional tight ends which created faster access to the perimeter. “It’s harder to outside anymore on just plain outside zone,” he told me. “You used to be able to do it. Now you can’t anymore.”

So, started to build in the four-surface formations that are synonymous in the Missouri Valley conference and it immediately helped in creating a better edge presence. While the first install was the load power concept to the play side, the complement became the four-surface pin and pull which was able to create the separation needed in the alley to get a very good ball carrier in the “freeway” as the staff puts it. 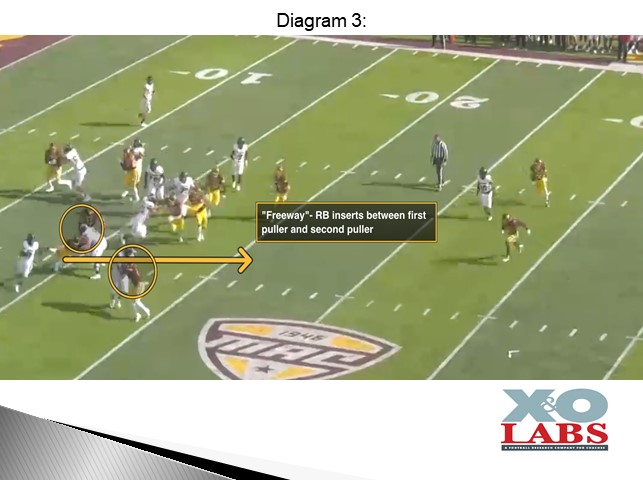 The Huskies utilize two alignments in its Pin and Pull concept: pistol and sidecar alignments. In both alignments, the ball carriers aiming point is one yard outside the tight end, which includes the wing element in four-surface formations.

The mesh rules for both are below:

The ball carrier is taught to execute a "V" step, which opens his hips to get downhill. It's the typical crossover, plant footwork. According to Coach Eidsness, the key coaching point is for the quarterback to keep him online with the D gap aiming point, which he calls “staying high.” “We don’t want to get downhill too fast,” he told me. The backside C gap can be controlled with naked or with motion or a backside tight end. 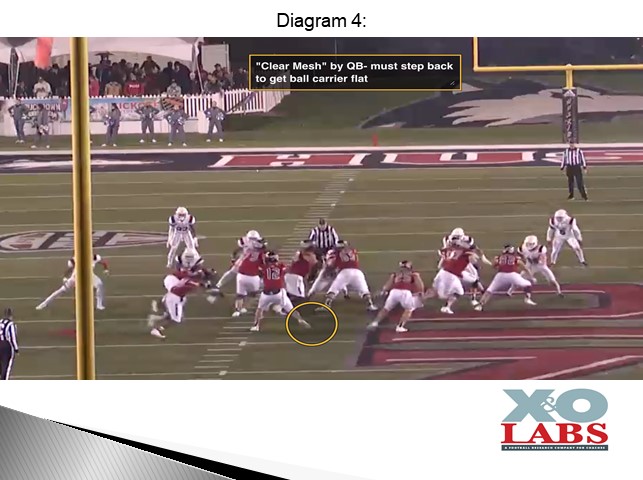 It’s the ball carriers’ job to identify the front side so he knows where the defense will be separated. The staff at NIU refers to this as reading the first puller through the second puller. His rules are as follows:

In either case, it’s imperative that the ball carrier not outrun the backside Tackle who may often be the third puller in the concept.

The key cog in making the concept efficient is the addition of the extra tight end, who essentially is the “eliminator” in the concept. His role is to secure the play side C gap before climbing to track the backside linebacker. He became instrumental in setting an edge in the C gap, particularly against four-down defenses who played outside linebackers in 6-techniques on the tight end. 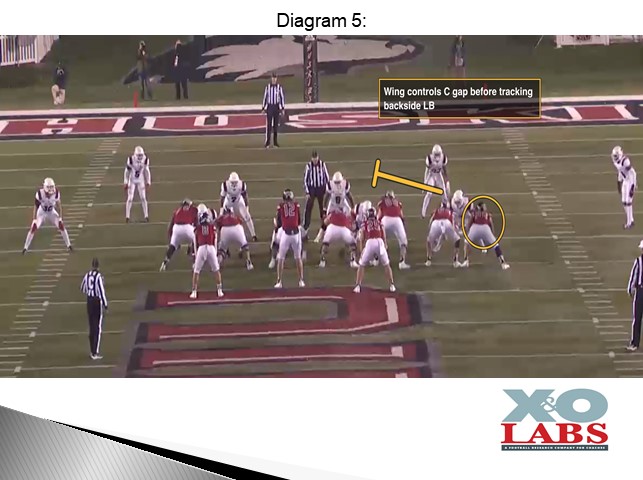 His rule is to "leave two" for both play-side pullers in the concept, counting outside from the front side of the play. "We are blocking force to the front side linebacker so he can always leave two on his count," according to Coach Agpalsa. "So that way he never chases and can't get beat over the top." 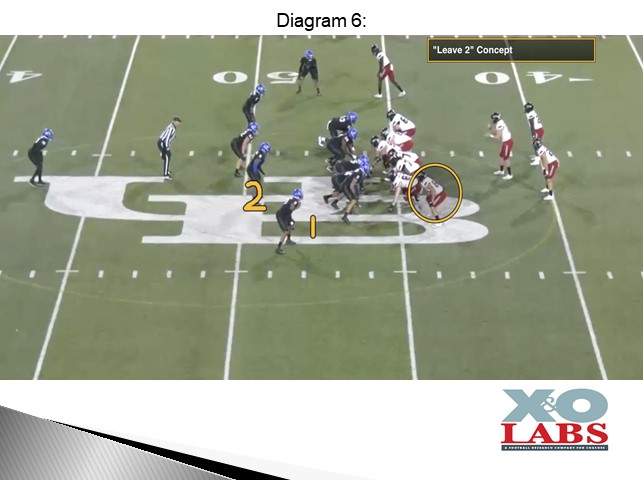 The rest of this report will focus on how the staff at NIU teaches individual blocks, communicates pullers at the line of scrimmage, and builds in controls to the play side to handle extra defenders on the perimeter.