Identifying and Blocking Pressure in Pin and Pull Runs

When the Pin and Pull concept makes up nearly 1/4th of your run game- as it does at Kutztown University (PA)- the focus shifts from learning the scheme to understanding how defenses will fit it. They'll get a gamut of adjustments, including over-shifted defenses, open side pressure, and alternating fit patterns. This is why offensive line coach Pat Taylor spends more time teaching his unit about reaction rather than scheme. His method of protecting the play is the focus of his report. And it's been somewhat foolproof. This season the Golden Bears leaned on the Pin and Pull to produce a 7.7 yards per carry average en route to an 11-2 record.

One of the interesting techniques surrounding Kutztown’s scheme is that offensive line coach Pat Taylor chooses not to use skip pull footwork for pullers. It’s a transition he made recently because it’s more conducive to blocking edge pressure. Instead, it’s more open-like footwork where linemen are taught to throw their inside foot behind the outside foot and run full speed. It almost looks like a trap pull. This way against any type of pressure, they are in a position to immediately kick it out. 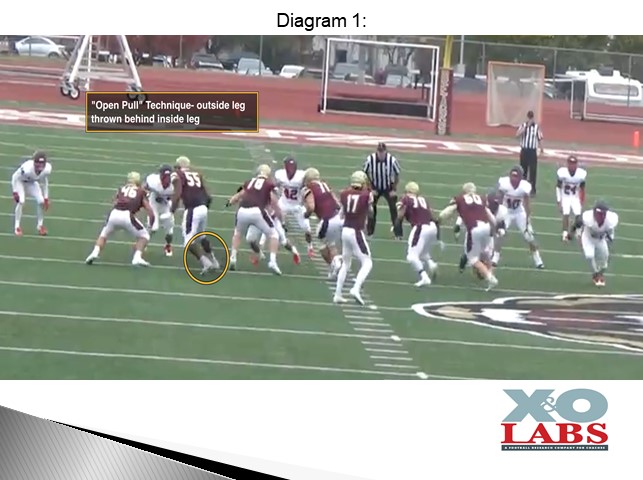 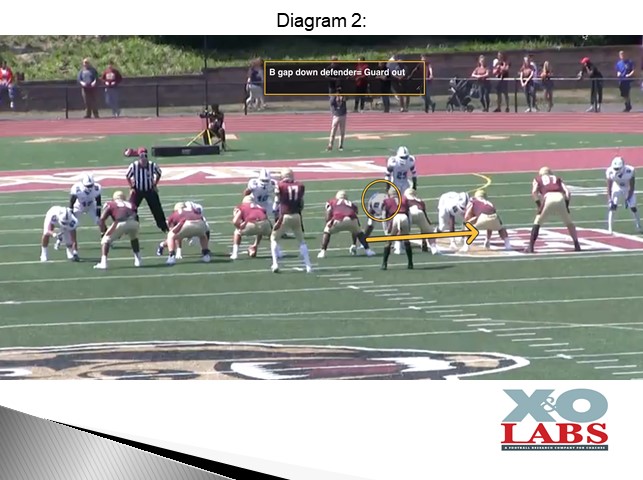 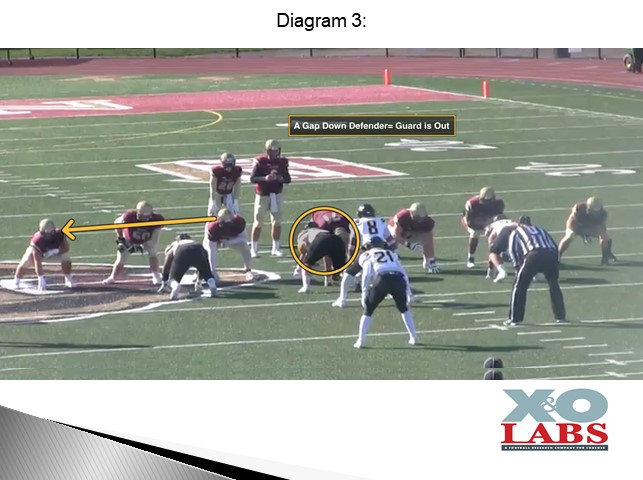 The Center will always be the second puller unless there is a concern about a cross face from the Nose or a shade defender that could not be reached. In those situations, he can tell the backside Guard to go instead. The first puller’s responsibility is to block the alley defender, providing he does not pass up color. The second puller is asked to work to the play side linebacker. “We talk about getting his eyes outside,” said Coach Taylor. The ball carrier stays in line with the second puller, it’s that simple. “We don’t have to make it a perfect block. The running back will make it right. And defensive players have the challenge of trying to fit that.”

Understanding the pin (or down) block has a lot to do with knowing which tap that defender is responsible for.  For the most part, Coach Taylor teaches a traditional down block with a hat on outside leverage. Against a stagnant front, linemen can be more aggressive because they know where color is. But with so much potential movement, linemen have to be studious in recognizing where movement can occur- this is a focus later in the report. 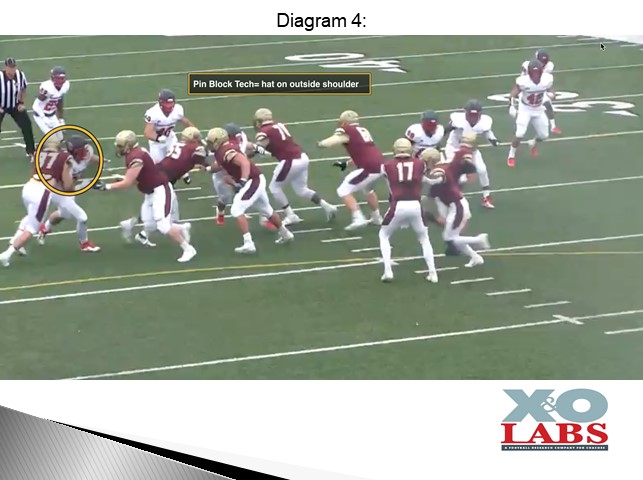 Even front responsibility is quite simple. If the play is being run to the three-surface side (and as stated below it doesn't have to be), the play side Tackle will block the B gap defender while the play side Guard and Center are out on the perimeter. What Coach Taylor does on the backside of the play is quite interesting, and is something covered later in the report. 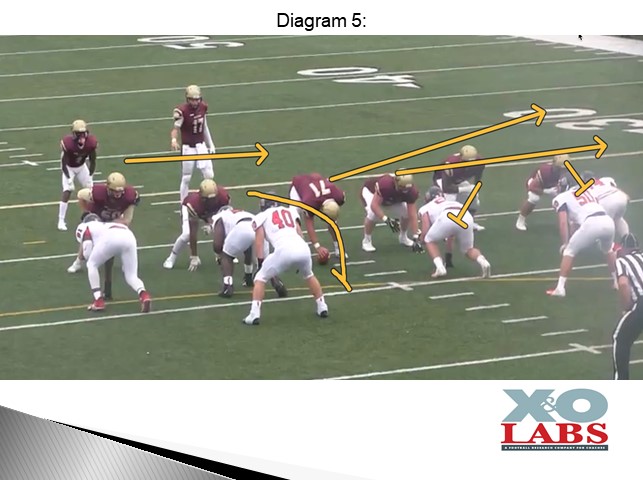 Against any Odd front, Coach Taylor prefers to still get the Center out despite him being covered. He’s comfortable in getting the backside Guard out as well to block the play side linebacker, having the play side Guard block the zero Nose which helps against more athletic Nose techniques. If the Nose is slower, the backside Guard can work to get him reached, which is something covered later in the report. 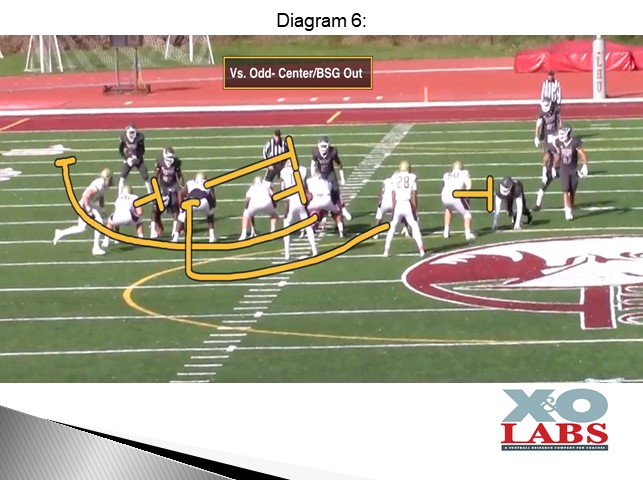 The rest of this report focuses solely on how Coach Taylor teaches his linemen to identify and combat the common defensive reactions that can completely hinder the concept.