For the duration of the 2019 football season, our Pin and Pull scheme was the number one offensive run play on our call sheet.  We had a lot of confidence in the play and we used it in almost every situation.  As part of our balanced attack, we ran pin and pull 80 times for 453 yards (5.67 yards per carry) and scored six touchdowns over 9 games.  I am excited to share with you five essential principles of the Pin and Pull play and explain why the play worked effectively for us.

What is Pin and Pull?

Our version of the Pin and Pull is a middle zone run concept that utilizes down blocks (pin) and wrapping lineman (pull).  It is a bit different than a true middle zone that uses all zone blocks and it is different from a buck sweep that pulls both guards.  It is a versatile running play that can take advantage of the horizontal “stretch” of the defense.  The ball can hit anywhere from inside the tight end to the far sideline. 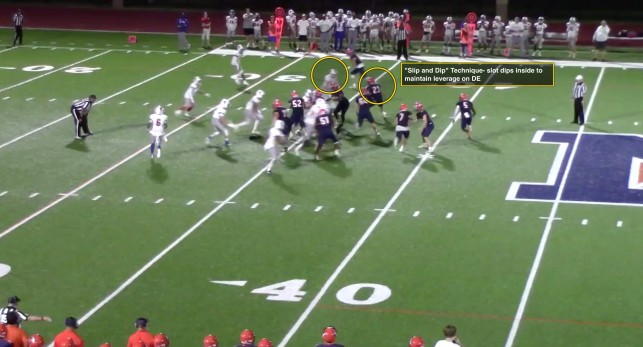 When I learned this play nearly 20 years ago, I used lots of combination calls (“TED”, “POP”, “GAC”) that reminded our offensive linemen how to block the play based on the defensive front that we faced.  Years later, I found it easier to use a simple “if / then” statement for our frontside offensive lineman.  Here are the base blocking rules:

Playside TE – Always block the Defensive End (the 1st person on or outside our tackle).  Depending on the alignment, it could be a down block, a base block or a Reach Drive block.

Center – Reach and climb playside gap or if guard down blocks, then wrap for (playside) LB

On our down block, the offensive lineman will take a 4-6-inch step with his near foot pointed directly at the defender.  The second step is with the trailing foot that will time up with punch (elbows in, thumbs up) on the cylinder of the defender.  The head placement of the offensive lineman is not a rule, it is a read.  If the defender is a hard charger we will quickly put our head across to stop the penetration.  If the defender tends to sit and read, we will keep our head in the playside gap to prevent the defender from crossing our face and spilling over into the play.  Film study and scouting can help us understand the types of defensive lineman we are facing that week.  In either case, once we are engaged, we want to stay locked on with our hands in tight and use good demeanor as we get a push on a 45-degree angle.

We use a “skip pull” technique for two main reasons.  First, the skip pull will give our lineman good depth so he can clear the down block that is next to him.  Second, we feel that the skip pull assures square shoulders, which is vital for our lineman in terms of vision and approach on the LB in space. When our lineman run in space, they will pump their arms, keep a low center of gravity and avoid drifting to the outside.  Our lineman will take a good inside-out approach on the defender.  We do not automatically “hook” or “reach” or defenders because there is no guarantee that the ball will travel outside.  Wrapping lineman will punch the inside number of the defender while putting their head in front.  If the defender “peeks” inside, the lineman will execute a reach block.  If the defender fights for outside leverage, the lineman will lock out his inside arm and press the defender toward the sideline.  It is the RB’s job to read these blocks.

When offensive lineman wraps to linebackers, they must take the best path to match the linebacker.  If the LB flows over the top, it is typical for a lineman to wrap around a down block and meet him in space.  If a LB gets downhill quickly, it is typical for the lineman to take a tight path to match that flow.  If there are LBs walked up into the LOS with a blitzing demeanor in the frontside gaps, the lineman must honor their down block rules. 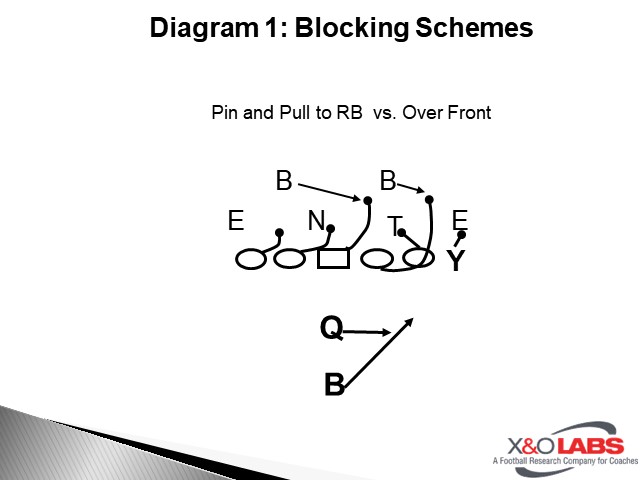 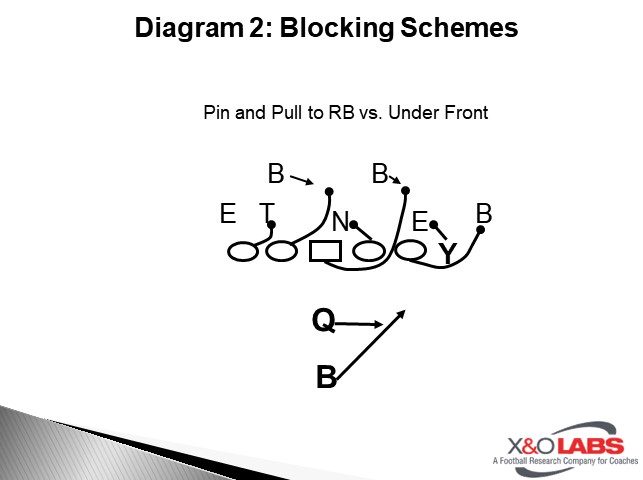 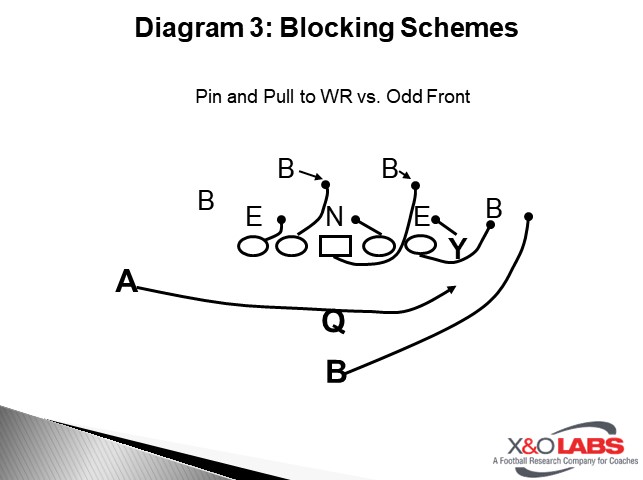