Is This the Most Powerful Play in Football? 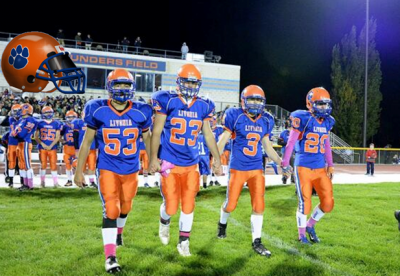 Hello my name is Steve Girolmo and it’s my great pleasure to present to you an offensive play that helped my teams at Livonia find continued success on the ground. Call it what you like; Sweep, Super Power, 134… This is the most powerful play I have known in 47 years of playing and coaching football. We have run it from a variety of backfield sets, (2 wings, Wishbone, I, Gun, Wildcat, Slots) and have adapted it to unbalanced lines as well. It doesn’t lose potency, it really is that effective.

The scheme itself (hereafter called ‘sweep’) contains very few rules for players. Its simplicity makes repetitions easier during installation and practice. For our purposes here we will diagram and describe the sweep from a 2 tight end, 2 wing formation.

Play Side: C, G, T, TE will block gap down. (Occasionally against a great DT, we will isolate a double team on that player). In the gap down scheme, we try to emphasize each lineman getting his head on his brother’s shoulder to create a wall. The overlapping structure serves an important purpose in the play’s consistent success because it eliminates gaps on the front-side and forces defenders behind and around the wall. In the space left from their dispersal, we insert pullers and a runner. Every time a defender retreats, and our players fill the void, we gain yardage. Watch the movie “300” and see the Spartan Phalanx operate in the Battle of Thermopylae. It is an incredibly similar concept to gaining tactical advantage of space, and maximizing personnel through structure. 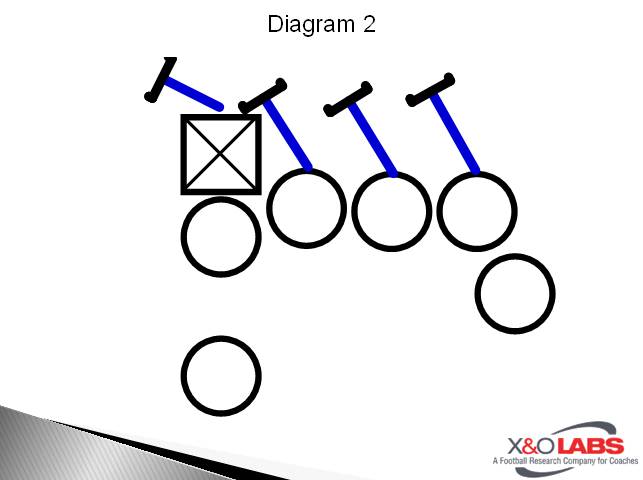 RB (WING):  Either; arc inside to seal play side ILB, or arc outside to kick Corner. He can also be used to add an additional DOWN block if you want to personnel a blocking back or extra TE in here.

Back Side: G, T will skip pull to play side and lead up in C gap, looking IN to scraping LB’s. TE will cut off or CUT BLOCK inside (5, 4, 4i, 3 tech’s). This may SOUND crazy, however when aligned foot to foot, even an unathletic TE can reach and crawl his way to cut off a 3-tech, because they are so closely aligned. See the film for yourself. 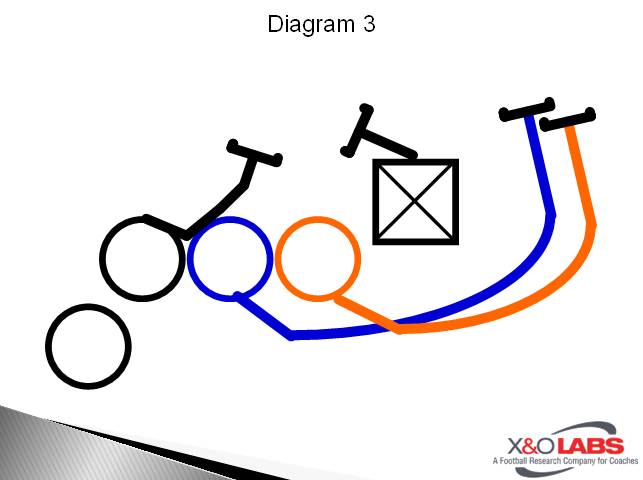