Teaching Play Side Tackle to ID for Tackle Wrap/Tackle Trap

The Dart is a great scheme to use when you can variate at the line of scrimmage based on the defensive alignment. Our play-side (PS) tackle will make this pre-snap read for us and echo his call down the line of scrimmage (deciding whether we will wrap or trap). It is a physical run play in which we coach the Tackle Wrap variation as we would one back power, and our Tackle Trap variation we coach just as we would a physical trap play at the point of attack. This play has been a huge part of our success in recent years. We mirror the Dart with our sprint out game as well as our jet sweep game, which allows us to slow down the second level or get flow at the 2nd-level away from the play using misdirection in the backfield. The backfield action we are showing is a sprint draw look. We use this as misdirection because we sprint out so often it’s just a natural fit to use something that we do well to create smoke and mirrors to make the Dart a better play. We coach a 3-step sprint out fake for the QB and RB, hoping to create that 2nd level flow. 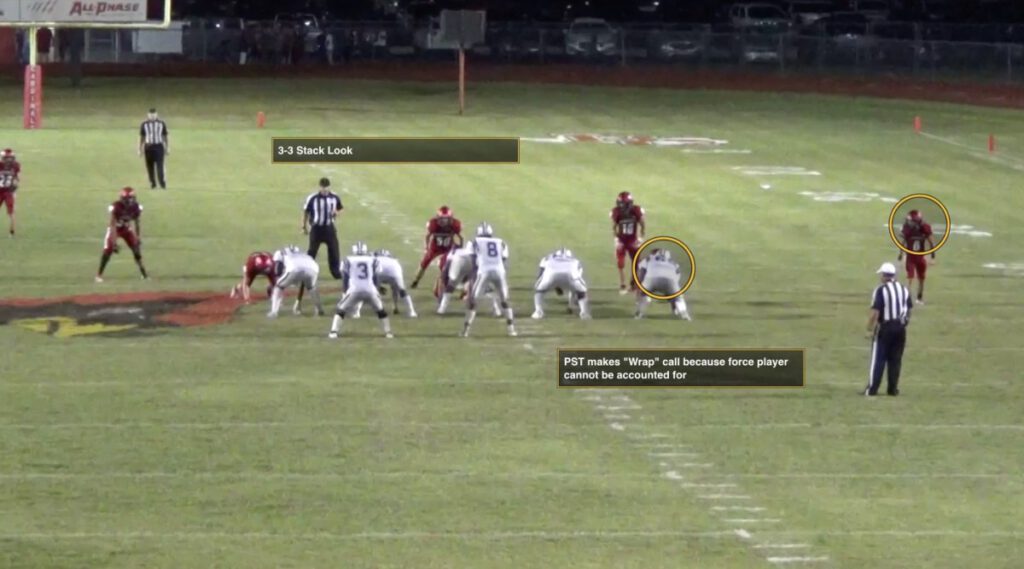