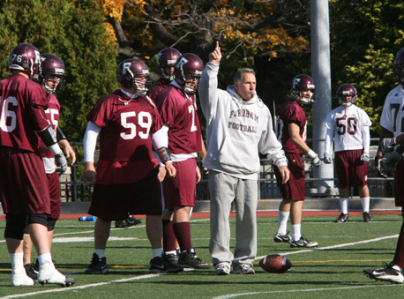 Offensive coordinators don’t want to be taken out of their rhythm and how defenses do this is by eliminating what offenses run most efficiently. If gap run concepts are one of your most efficient run concepts, defenses will find various ways to combat these schemes. Below are what we found to be the most common problems defenses pose to gap scheme run concepts and more importantly how offenses are alleviating these issues.

Problem #1: Kicking Out the C/D Gap Defender at the Point of Attack

Whether you’re running your gap scheme to the open or closed side of a formation, it’s imperative to get a kick out block at the point of attack or the play stalls. And while some offensive coaches will preach a “log” block to account for aggressive, spill defensive ends, we’ve found that the majority of coaches will force the kick out regardless. How they are able to force the kick out block is presented in the following methods.

“The technique we use with our F when kicking out is critical to the success of the play. He steps with his outside foot first, so on his second step his hips will be open to the end. This ensures that he doesn’t get beat inside. If he were to step with his inside foot first, his next step will then leave him vulnerable to getting beat inside. He must gain ground towards the line of scrimmage with the first step to ensure he is not reaching and opening up the gate for the defensive end.”

“We would use this against teams that were consistently ‘trapping the trapper’ or defensive ends that were easier to block by pass setting than by pulling and kicking out. As you can see, all that we have done is eliminate the kick out block by pass setting the play side EMOLS. It should be noted that this play can only be effectively run to an A gap defender without having to change all of your base counter rules. It should also be noted that the tackle who is pass setting must ‘invite’ the EMOLS to beat him up field and pin him there or he must actively engage the EMOLS if he does not use a hard pass rush.” 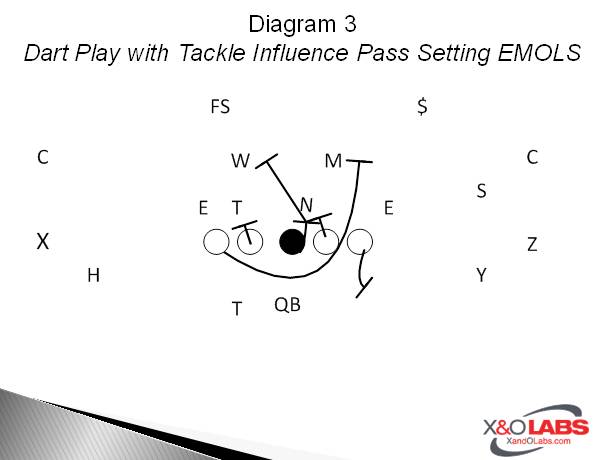 To see video of this technique, click on the video below: