In our first meeting as a new staff, the first thing the head coach said was “If you want to win it all, you got to run the ball.” We bought into that philosophy at Don Lugo and it has brought us tremendous success. We nearly doubled our production on the ground in rushing yards, yards per game, carries and touchdowns. With our change to a man blocking scheme, it ignited our run game that took us from six wins to ten wins and a CIF semi-final appearance.

The man blocking scheme allowed our players to just fire out and play, without all the clutter and adjustments. I gave our lineman four pre-snap principles to remember:

With these four things, it made our blocking schemes simple, to allow our players to play fast and block the defender as fast as you can. We want to step on their toes before they can make a read. We do not want our players to think too much.

We have four main blocking rules with variables attached to each, but the principles and scheme is the same. These four rules apply to all of our run plays, most especially our bread and butter plays (the blast, power g and reverse).

Our Drive rule is “G-O-L.” This stands for is “Gap-On-Linebacker.” The lineman go through this three-step process when they are about to execute their “Drive” block. 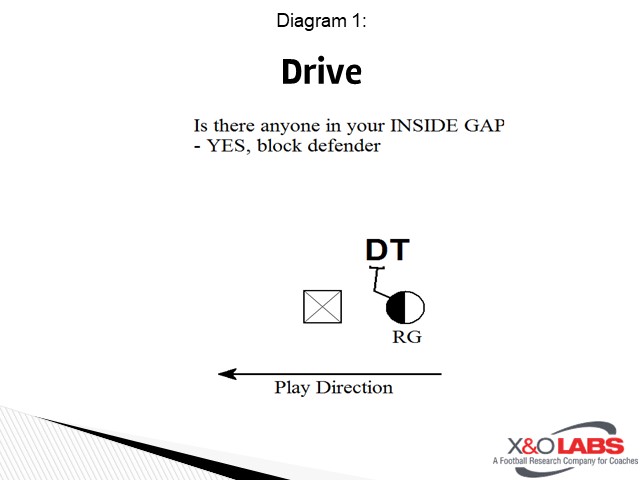 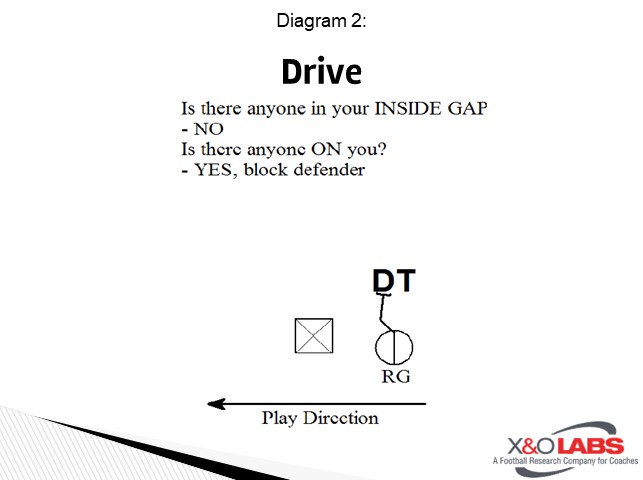 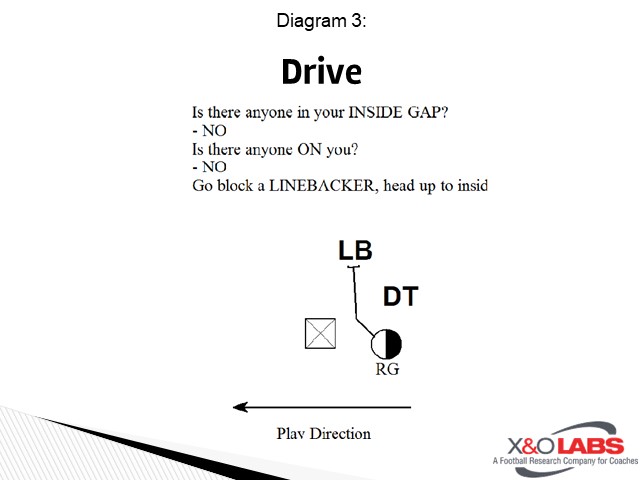 There are a few adjustments to the Drive rule, and those include “Drive Out” and “Drive Away.” This enables our players to adjust to a specific run play. For instance, on “Drive Away” our center will apply the same “G-O-L” rules to the gap away from the play. Another example is our play side tackle will follow the “G-O-L” rules for “Drive Out” to the outside as opposed to the inside.

Our focus for executing the Drive block is aggressiveness like a board drill. We want them to take a play side drive step out and up 6 to 8 inches. From there, we want movement up the field and no lateral movement. Their hips are still parallel to the line of scrimmage and their helmets to the play/hole side. If the play is going right, we want their heads on the right side and vice versa. This type of block should look like a sled drill if executed properly. 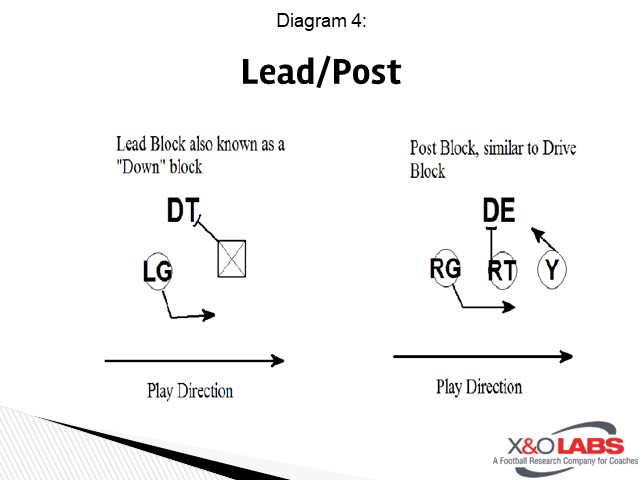 Our Lead/Post is essentially a down block, but the rule is that he will Lead onto a defensive lineman only, not a linebacker. Post is where he will block the defender that is head up on him. This sounds similar to the Drive blocking rule, but this helps our players to differentiate between the going to the Linebacker and only blocking the defensive lineman. I use the word Post to help describe a possible situation in our run game, where the play side tackle will Post up his defender, only to be set up for the lead block coming in from the tight end. Like in basketball, when you post up a defender, you are taking them 1 on 1 and setting them up for a variety of things such as a post play or a post move for the score.