Gap scheme runs are great foundational concepts for any offense.  They force the defense to play assignment football, which displaces defenders in order to overcome the favorable angles for the offense.  This article will analyze how an offense running power and counter schemes can account for the most common defensive adjustments.  Opportunities for RPO’s and play action passes are prevalent, but this article will focus on strategies that keep the ball in the belly of your running back.  Handing the ball off for first downs and touchdowns has a visceral effect on an opponent’s pride that will pay dividends late in games.   Getting gutted in the run game is discouraging to a defense and often leads to undisciplined play, which in turn can lead to explosive plays for the offense. 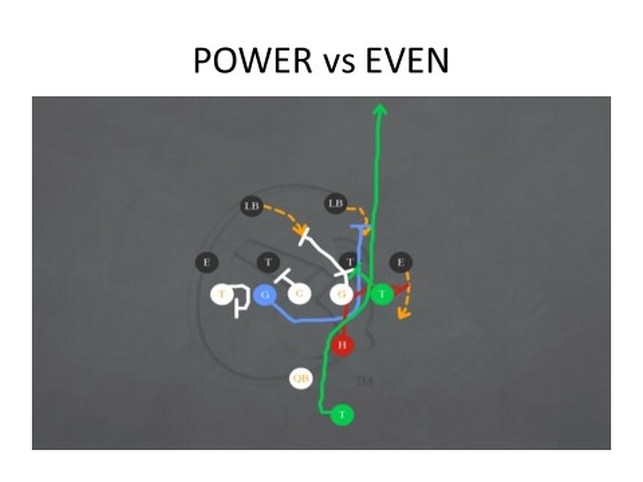 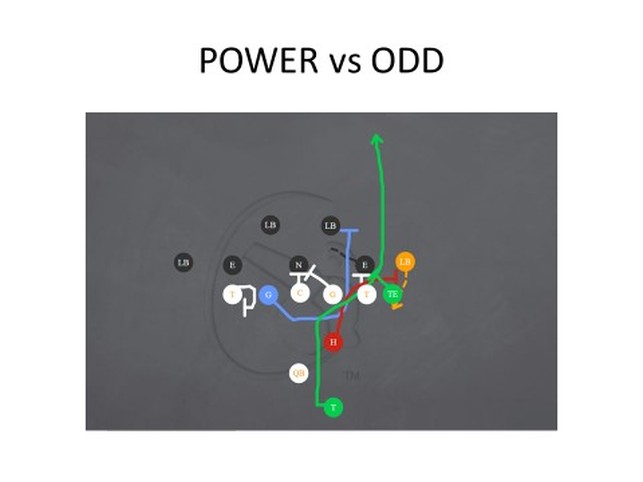 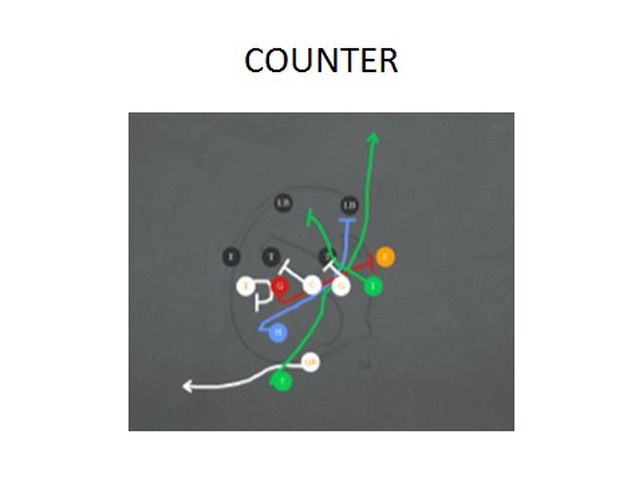 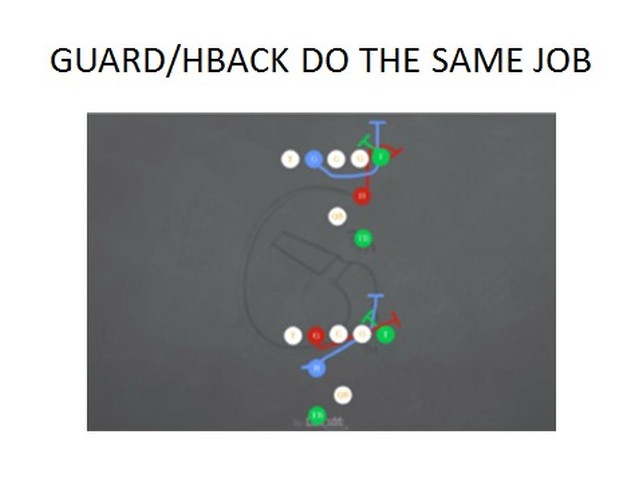 On power, there is a front side combination block to the backside backer (2nd backer in the box).  Giving the down block options to stay on the DT or go to backer softens him at the point of attack on the DT.  Coach Sam Pittman of the University of Arkansas was the offensive line coach of Northern Illinois when QB Jordan Lynch assaulted the NCAA record books using gap schemes.  Coach Pittman teaches the combo block with only the post block reacting to the backside backer.   The down blocker stays on the DT no matter what, going down like an avalanche, to ensure movement on the DT.  The post block will take a tough step and lift the DT vertically while eyeing backside backer (Inside gap threat).   In essence only one person is looking at backside backer in the combination; the running back is responsible for hitting the point of attack with a head of steam and the confidence to make an explosive decision at the heels of the down block while reacting to flashes of color.

If the linemen being down blocked tries to play over the top of the down block or is trying to play 2 gaps, the down block will snap his hips into him while staying engaged like a man blocking scheme.  The running back needs to maintain eye discipline on the down block and press the A gap full speed.  As he approaches the A gap he will break to the tail of the down block (bang cut) and hit the hole “face first” to ensure body lean and low pad level. 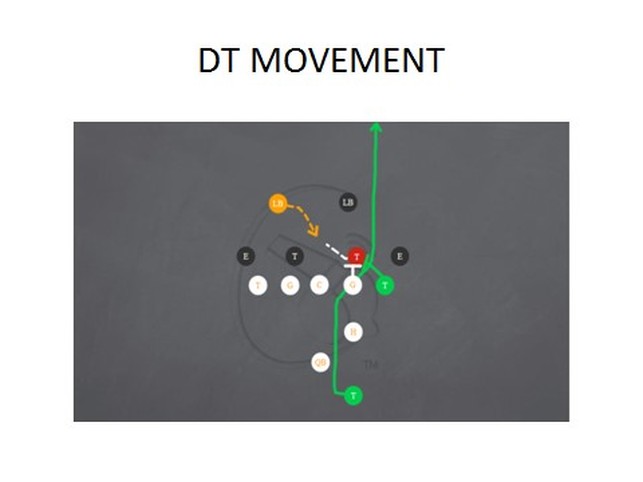 To study film of this concept, click on the video below: