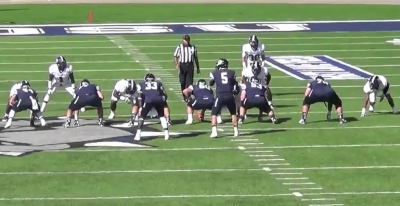 The One-Back Power play is a simple scheme that is easy to teach assignment wise and can be adjusted to account for any defensive alignment or post-snap movement. This play and our Counter play are taught in tandem as they are both gap schemes that are very similar, especially on the front side. The game film attached to this clinic report shows all of the techniques discussed below done improperly and properly.

Base Assignment Rules for Power:

Tight End: C Gap - Man if covered by a down lineman. C gap to second level if uncovered. Must account for any C gap run through.

Play Side Tackle: B Gap - Create a double team if possible with either the tight end or play side guard. Account for any B gap run through.

Play Side Guard: A Gap - Create a double team if possible with either the play side tackle or center. Must account for any A gap run through.

Center: Back side A Gap to second level. Must account for any back side A gap run through.

Back Side Guard: Skip/Square Pull to play side linebacker. Read the play side double team and/or tight end’s block for entry point. Work for a kick out on your linebacker but don’t pass by opposite color.

Back Side Tackle: Back side B Gap to hinge. Must account for any B gap threat first and then hinge to the back side C gap if no B gap threat. 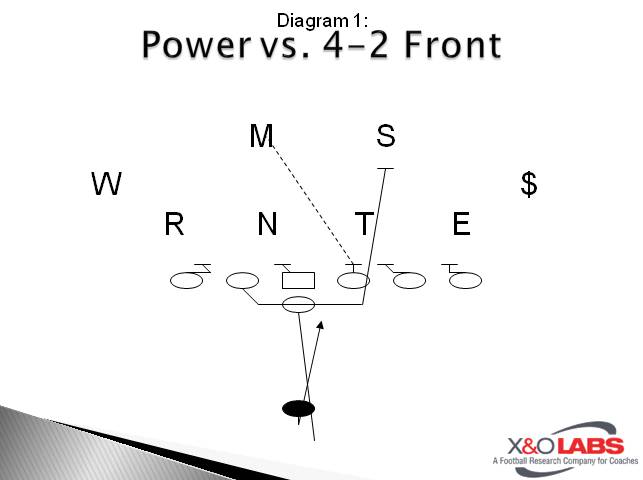 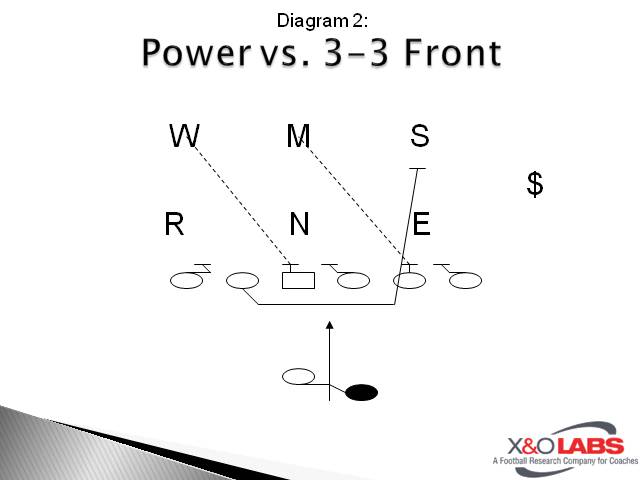 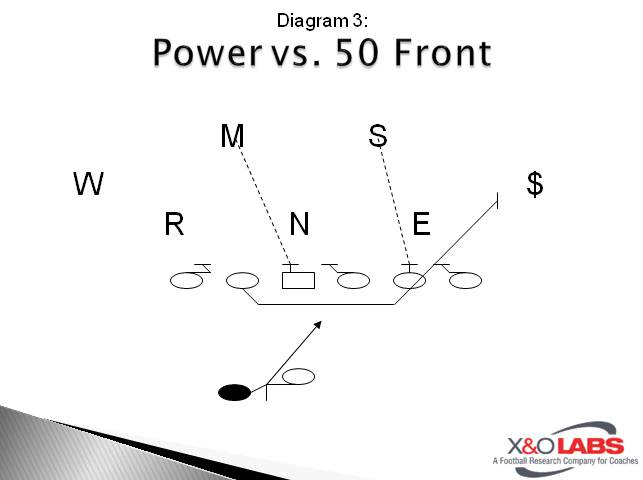 Having a tight end that can base block a defensive end is the number one factor for having a consistent Power play. If you aren’t blessed with that type of player at the tight end position, you have some options besides deciding to scrap the play altogether. Those options are as follows: