Maintaining a physical downhill run game is important now more than ever on every level from Little League to High School to the NFL. At Oak Grove High School, we want to be known as a physical downhill running football team first and foremost.  Running power out of multiple formations and motions allows us to have that physical downhill running play that we desire; however, we prefer to establish our Power play with the use of an H Back set out of 11 personnel.  We can run variations and dress up the play but want to ensure this is our “bread and butter." The power play is run out of our 11 personnel packages. 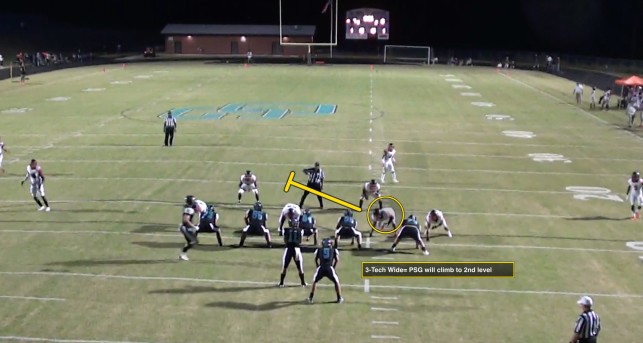 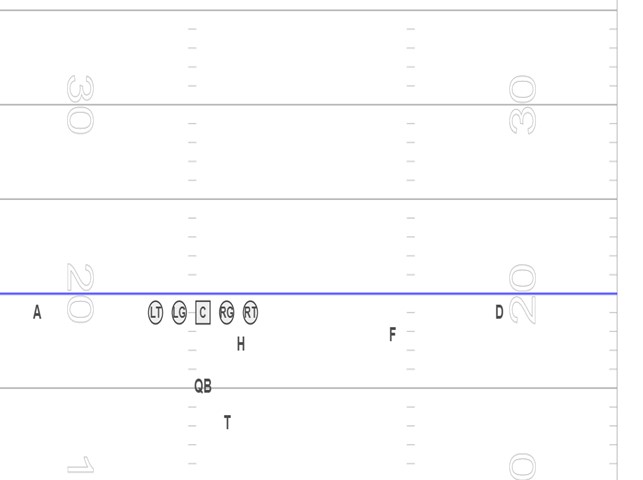 Our base frontside blocking rule for all players is Gap, Down, Backer.  Like many teams, we will use as many double teams as we can in this scheme, but we also look every week to see how the defensive linemen react to down blocks.  If we play a team that aligns in a 3 technique and will squeeze a down block by the guard, we will inside release the guard to the backside backer which will speed him up and make the down block easier on the playside tackle. 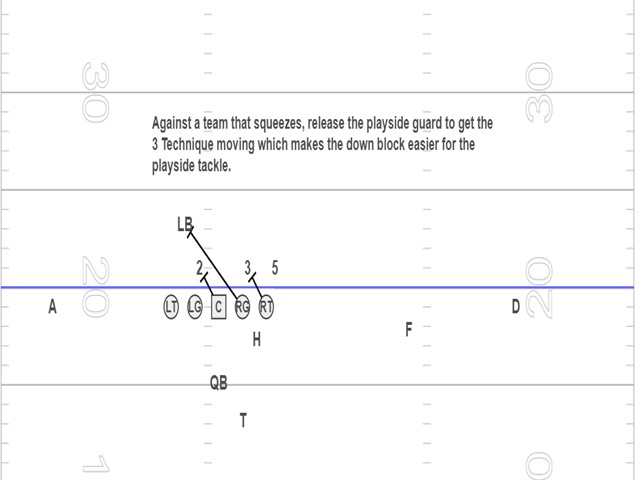 If the 3 technique does not squeeze, then we will gap double with the playside guard and tackle to the backside backer. 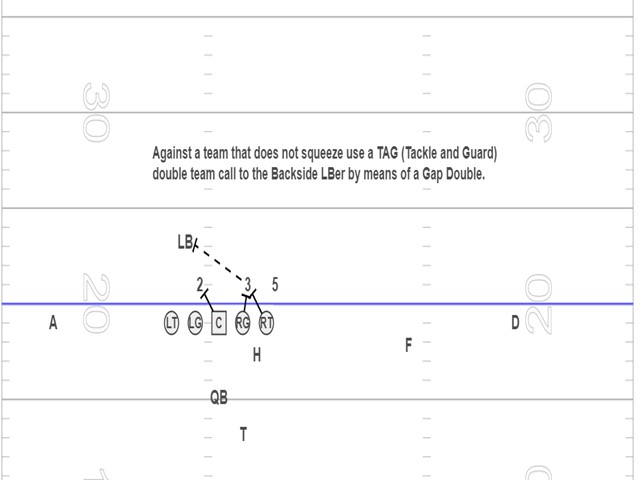 The job of the center is to help build a wall by blocking back on any A or B gap technique away from playside.  He should take a flat step with his backside foot to allow for a clear pull for the backside guard while not allowing any penetration into the A or B gap. 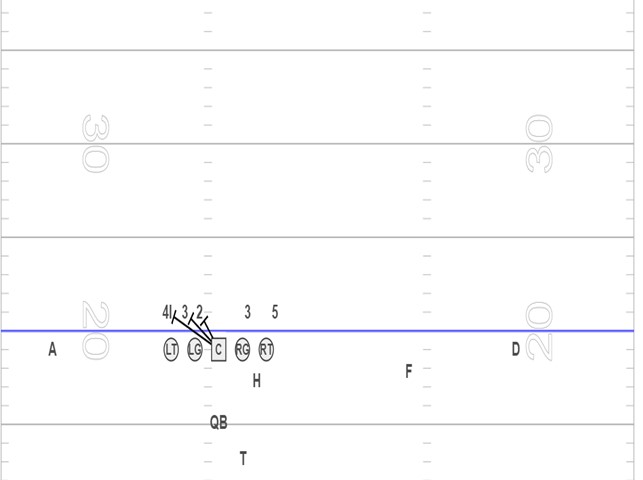 Blocking back on a 4i is one of the most difficult blocks so we will evaluate the film every week to see if we need to block back or if we can cut off with the backside tackle.

The H back has quite possibly the most difficult block and must work daily in practice to perfect his steps and leverage.  He must be able to deal with a quick Defensive End who is trying to get up the field as quickly as possible to set an edge one snap.  The next snap will face a Defensive End who is squeezing and trying to wrong arm the kick out and make the play bounce to the force defender.  Film work can help the H back see which type of technique he will most likely face every week, but he must be ready for both on any given play.  Coaches can help the H back out by calling different schemes such as “kick” against a quick up the field defender and “bounce” against a player who likes to squeeze and wrong arm.  (This will affect the pulling guard and running back also).  To “kick” a defensive end the H back MUST step with his backside foot up to the line of scrimmage to get as close to the tackle as possible.  This allows for an inside out angle and will allow him to attack the kick out with his playside shoulder to gain leverage and provide the needed angle to kick the defensive end out of the run fit.