3 Variations of the Counter Play

Counter is a simple play that has been around for decades. However, there are multiple different ways to run it to make it fit into any offense. While we will not go into a game with more than one or two different ways to run counter, over the course of a season we will use most of, if not all, of the concepts discussed in this clinic report.

There are several reasons we like the Counter concept:

The simplest way to run the Counter play is by pulling the back side guard and tackle. This variation can be run out of 10, 11 or 12 Personnel. If your QB is an athlete, this is a great concept to read the back side defensive end to handle a six-man box. If your QB is not a dual threat, then running any of your existing RPO concepts is an option as well. This is a play that can be run from the Pistol or traditional shotgun. 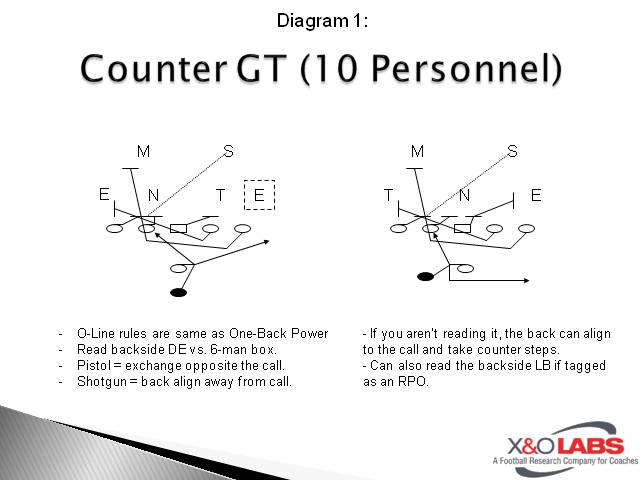 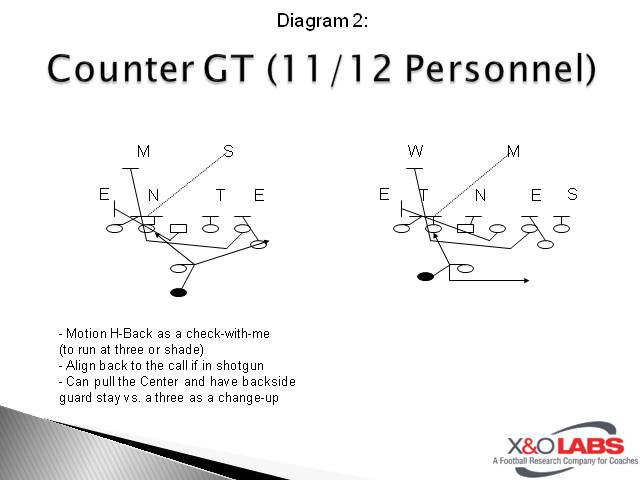 Assignments for this play are very simple (and very similar to the One Back Power:

Front Side Tackle: B Gap to Second Level (look to double team at the first level

Front Side Guard: A Gap to Second Level (look to double team at the first level

Center: X to Y Gap (Fill for Pulling Guard) / May pull the Center against a back side three technique

Back Side Guard: Open Pull* and kickout the EMOL frontside