At Lexington Catholic I implemented a spread, 11 personnel, multiple formation offense that attacked defenses vertically as well as horizontally. We wanted to create space and open grass for our athletes with personnel groupings and alignments, putting our skill players in one-on-one opportunities. One way we attacked open grass and created one on one opportunities was by attaching a quarterback read and a bubble screen on the backside of our guard/tackle counter and on the frontside of power read. By attaching a quarterback read and bubble screen on the backside and frontside of our gap scheme, we forced the defensive box players to play run and the defensive secondary to play screen creating large creases in the defense. This strategy kept the defense off balance and put our athletes in one-on-one situations allowing them to make explosive plays.

Traditionally, we would backside cut off the end man on the line of scrimmage when we ran GT counter. In spread formations it’s difficult to get that assignment executed without bringing a player in motion or putting a tight end/fullback/sniffer on the backside of the formation. Majority of teams we played squeezed the pulling tackle so hard, it is impossible to hand the tailback the ball without him being tackled for a loss. Instead of blocking the end man on the line of scrimmage we decided to read him, like zone read, and throw the bubble or pitch off the ally defender. 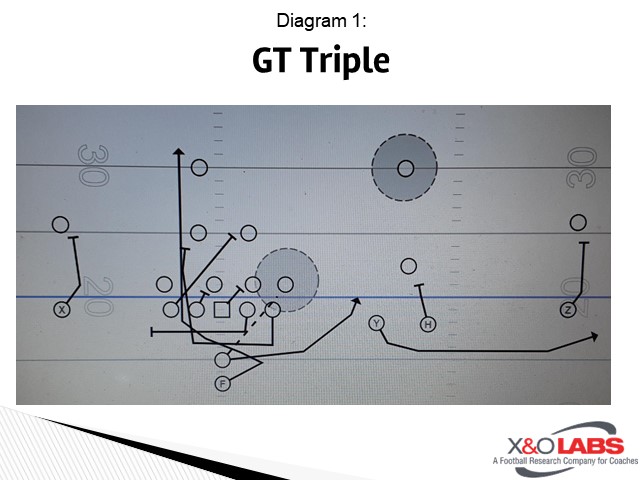 It All Starts in the Box

For counter triple to be as effective as possible, all aspects of the play (GT counter, QB run and the bubble) must be executed and it all starts in the box. Step one, the offensive line must decide who the backside tackle is pulling for by declaring the one. We declared who we are working to because we wanted to create landmarks, but we teach our guys they are responsible for their gap and if someone showed up in their gap they must take them. We determined the one by the first linebacker in the box playside. The playside tackle will declare who the one is by saying, “54 is the one, 54 is the one, 54 is the one!”. By declaring the one, that allowed the offensive line to all be on the same page. Our backside pulling guard understood he is kicking out or logging the C gap defender, not the end man on the line of scrimmage. The guard understands he is responsible for the first body that shows up off the playside tackle’s butt. If the C gap defender comes up field, he will kick him. If the C gap defender squeezes the gap down, he will log him. We teach our tackles to be patient and read the guard’s block. If the guard kicks, the tackle will insert for one. If the guard logs, the tackle will come as tight as possible off the guard’s butt and take the first opposite hat that shows. 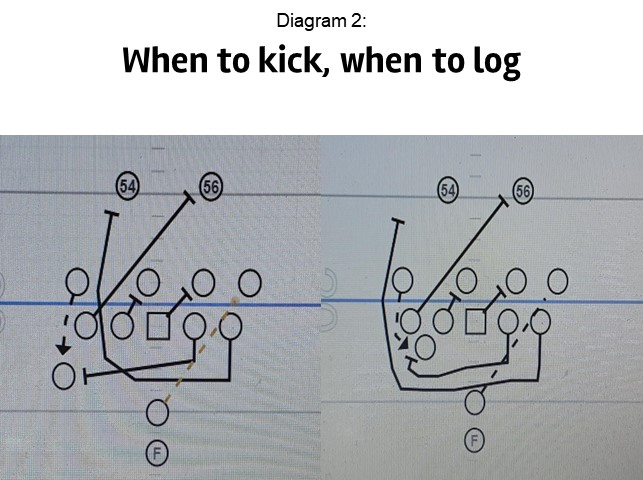 Must be able to Read 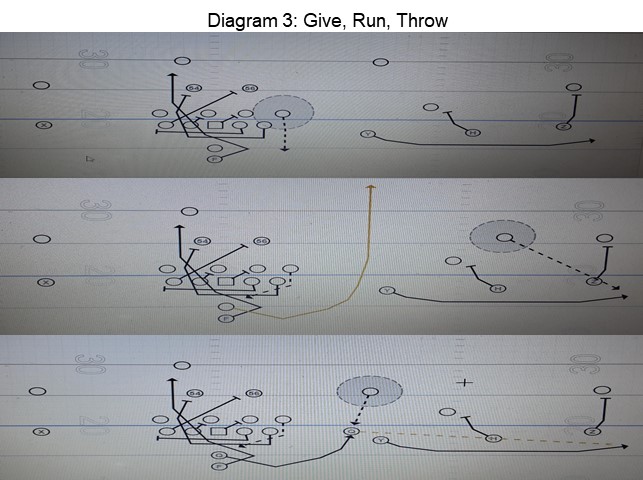