2x2, 3x1 and Empty formation structures usually provide an offense with the light box it needs to execute QB run game effectively. But which QBR concepts a coordinator choses to develop in his menu is based on several factors- such as the ability of the A back to block and potential of the QB to be a downhill runner. Over the last several seasons, we’ve used these 10 personnel QB run/RPO menu to produce over 8 yards per carry for his quarterback in the run game and a 65% efficiency in the pass game. Our base concepts and RPO package off them are detailed in this report. 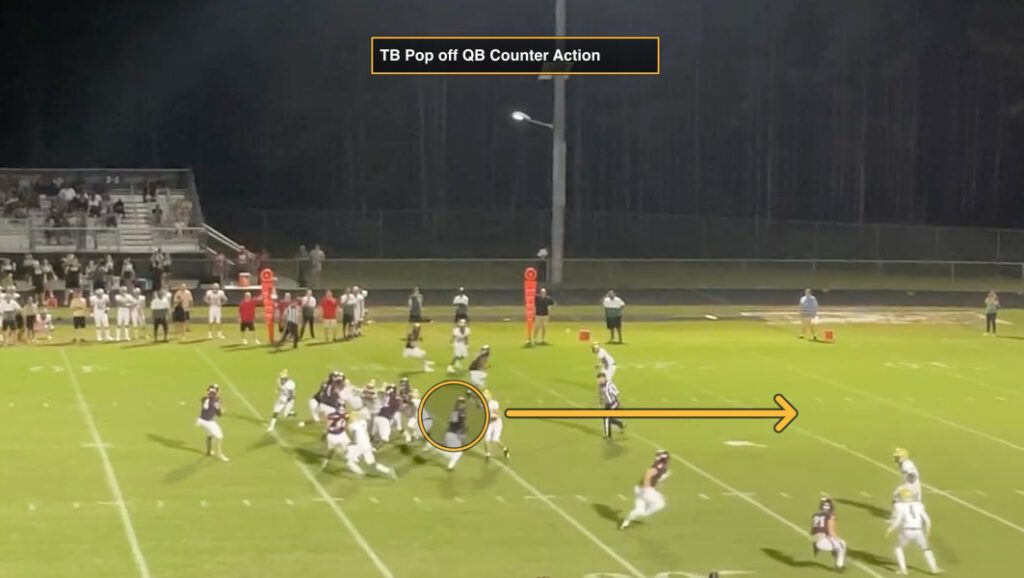 We called the QB power last year 23 times and ended up with 65% efficiency with eight yards per play. This was including throwing now screens and RPO’s off of QB Power.

In our quarterback power concept, we have the ability to do both pre and post snap reads. It would depend on the RPO tag that was added and also any motions we may have added. When we run it with the RB fast motion, it is treated the same way we would run base power with a slot bubble. The quarterback plays the perimeter numbers game pre-snap and then has a keyed defender based on that week’s game plan for possible post-snap movement. Most of the times we are just looking to get one guy slightly out of where we think he can be an effective player for either the pass or the run.

As it pertains to game planning, it is something we will always carry with us. We will change up the look and presentation at times, but we will use some form of QB Power with either pre or post snap RPO will be in every week. It is something we liked to run if we felt defenses were playing a little too downhill to just line up and run Power. If we felt like they were trying to sneak a backer or safety into the fit, we would start presenting it just to get numbers we liked running the ball. Like you said, it really was all about getting the box numbers down to 5 or 6.