The Wrap Run Concept and its Complementary RPOs

The Wrap concept is essentially what it sounds. It’s a five-man run scheme, where one offensive lineman will “wrap” for the play side linebacker. Essentially the five offensive lineman are assigned to block five, while the quarterback is responsible to “read six.” But who that sixth defender is depends on the front structure. It’s been the primary 10 personnel run concept in Fordham’s system the last two years under head coach Joe Conlin and offensive coordinator Kevin Decker and which lineman pulls is based off the run box structure.

Coach Huettel and his staff will use the following declarations to alert who pulls:

“Uno”- This is a five-man box declaration, alerting the backside Guard to pull. The quarterback reads the backside defensive end. 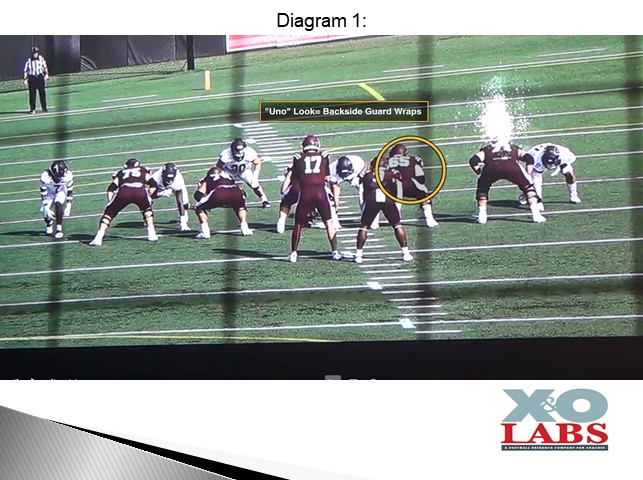 “Odd”- It’s important to note that against backside 4i techniques- those prevalent in Mint fronts- the Guard may lock on the B gap defender while the Tackle pulls. 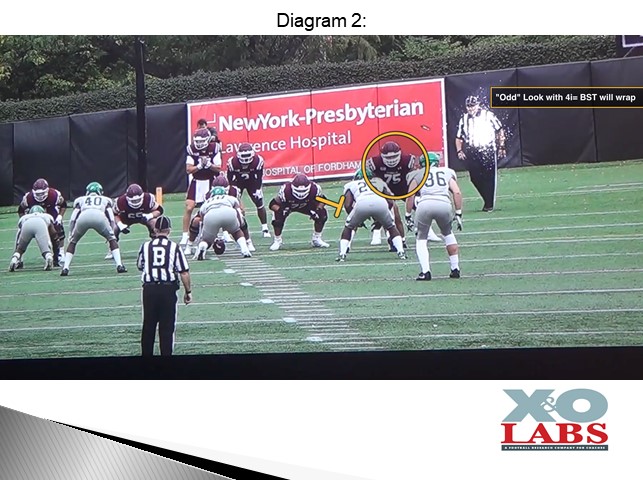 “Even”- This is six-man box declaration where the backside Guard pulls  and the quarterback will read the sixth defender. 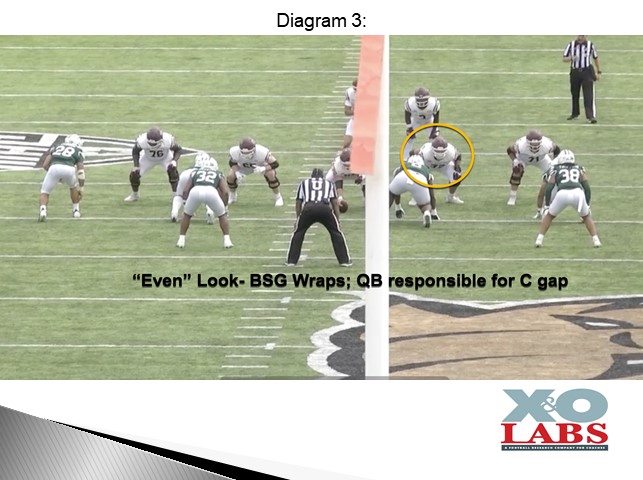 “Okie”- This is a pure five-man box with two 5-techniques in the C gap. The backside Guard will wrap. Since it’s a five-box declaration, the quarterback doesn’t have a read. 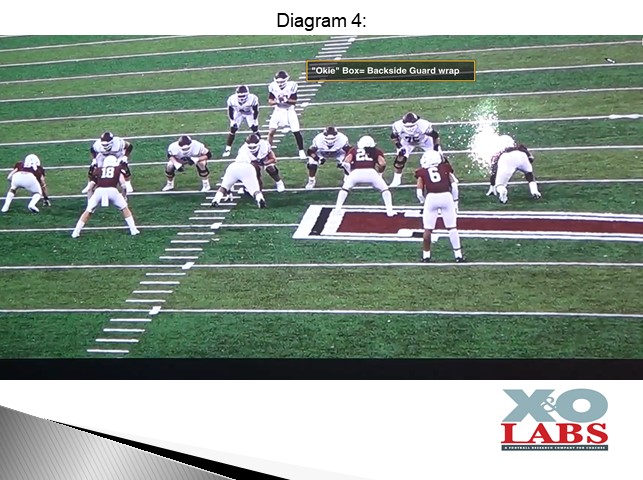 “Bear”- This is a 5-0 declaration with all offensive lineman covered up. Clearly there can be no combinations. This results in a “fire” call, where the backside Tackle will pull to kick the play side C gap defender. It’s known as a trap pull. 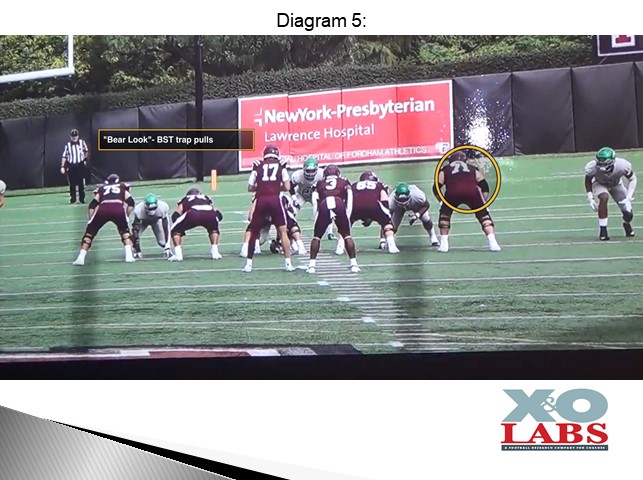 Before getting into the specifics of individual block technique, it’s important to note that the running back is taught to keep tempo with whoever the backside puller is, but is allowed to run to grass. You’ll see many example of this in the film below where the back completely reverses field for a big gain because with light boxes there rarely is a cutback player in the run game.

Most times the back is aligned away from the play-side but not always. Fordham spend a good deal of time working “same side” runs where the back is to the play side. It helps in instant misdirection to the defense.

Because this scheme is a man scheme, it relies on several one on one blocks at the point of attack. But these blocks are separated into play side and back side leverage points.

Most of those one on one blocks come in the following forms:

Back Side Block Catalog: