At South Johnston, we were primarily a run-first, power-based offense. Originally the head coach’s offense called for a sniffer/H-back to handle the defensive end and a WR to handle the extra man in the box. Due to base personnel, teams were able to put 8 defenders in or around the box or send an extra edge rusher. These two things forced the offense to adapt. In doing so, we progressed to handle the extra man and pressure by adapting the pin and pull system to an option-based system.

Originally: What gave us a lot of trouble as an offense was the inability to handle an extra defender in or near the box. 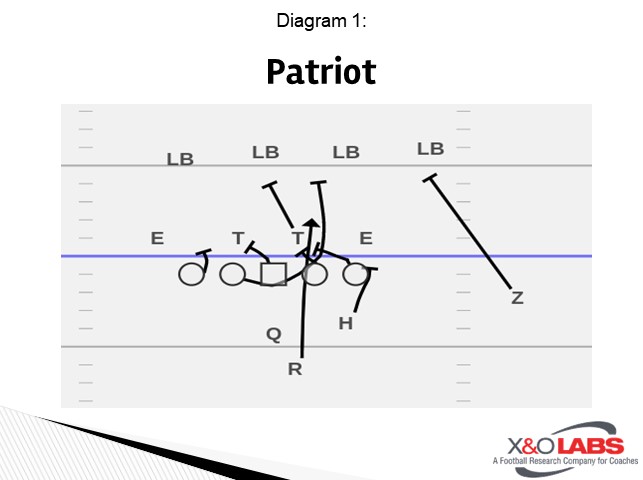 Slot receivers were never our best blockers, nor should they be in the offense. To think that they would be able to dig out an alley defender to help us pick up another run threat, run great pass patterns, and catch passes was not something we believed slot receivers could do. If they were great run blockers, they wouldn’t be receivers.

In order to help get us an extra offensive threat and not another run blocking liability, we used Kirk Ciarrocca’s ideas from his time at Western Michigan.

The cornerback is counted as 1.

The alley defender, who was the next 2nd level pass defender inside the corner was going to count as a 1 or a .5. If this alley defender was outside, stacked, or partially covered the slot receiver in any way, he would be a 1. If the alley defender was inside the slot, such as aligning as an apex defender, he would be counted as .5.    This total would be added to the 1 from the cornerback. So, the Qb would have a count of 1,1.5 or 2, when talking about the defensive alignment to the first two detached threats. 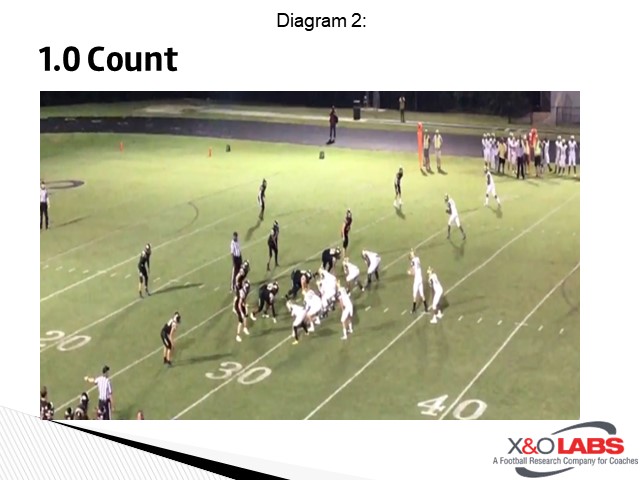 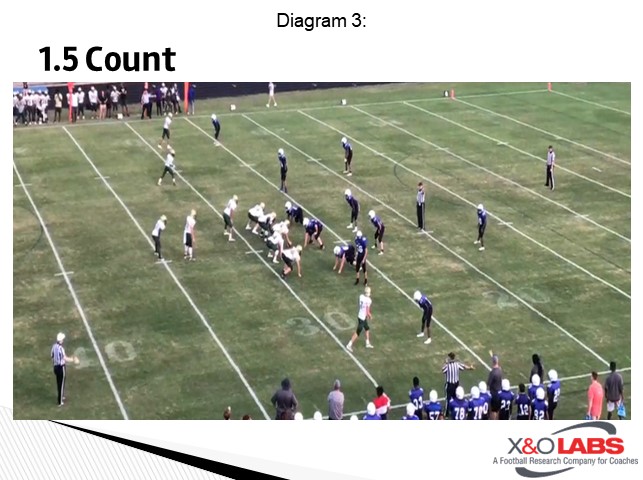 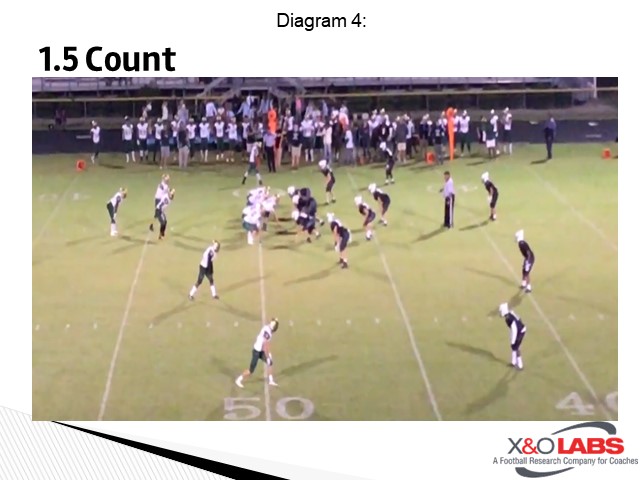 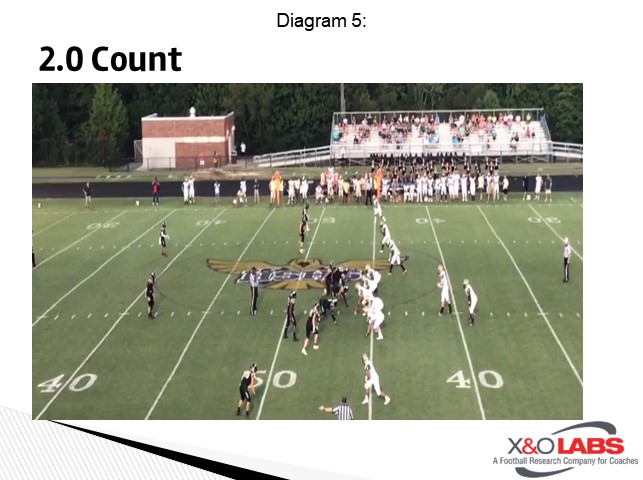 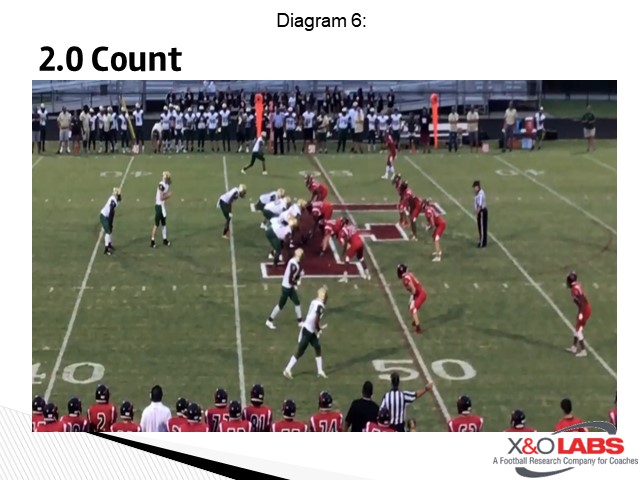 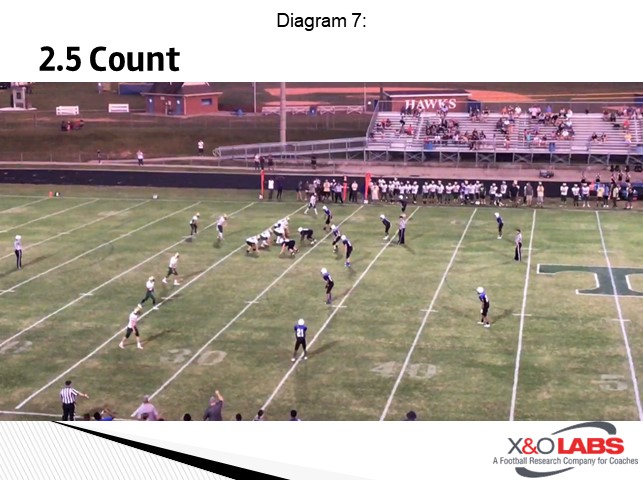 The quarterback had to count the defense’s alignment to decide as to what we were going to run. The most quarterback they had to count to was 2. If the defense’s alignment was 1.5, he would throw the blaze to the slot receiver. If the count was 2 or more, he would run the play call. We were comfortable if the QB threw the blaze every time. Our reasoning was that if we could get out slot receiver the ball against a defender, he had leverage on, chances were we were going to have an efficient play. No matter what formation we came out in, the split receiver would block the cornerback and the slot receiver would run the blaze.

If the QB was throwing to his dominant side, he would stagger his step with his dominant foot behind his non-dominant. This would allow him to roll his hips over as he stepped across to throw. Again, the purpose of this was to speed up his release and not have him take an exorbitant number of steps.

This was not a run-pass option. If the quarterback liked the count before the snap, he would throw it. If he did not like the count, he would not throw it. The goal is to reduce as much of the guesswork for the quarterback as possible, especially for a high school QB who doesn’t spend hours upon hours watching the film for tendencies and practicing.

Can you tell the quarterback to be aggressive or conservative on his alley defender count? Of course, you can. In fact, I think you need to. The less indecision you give your QB, the better. Also, adjusting the aggressiveness of the QB can give you a quick in-game adjustment if the alley player is giving you trouble.

Regardless of the aggressiveness of the week, our QB could not be wrong running the power read play and not throwing the ball.

Can you add a single side WR pre-snap option? Again, yes, you can. I am not in favor of it. I think it adds one more layer of thinking for a high school QB.